To share your memory on the wall of Christa Korotki, sign in using one of the following options:

Provide comfort for the family by sending flowers or planting a tree in memory of Christa Korotki.

Provide comfort for the family of Christa Korotki with a meaningful gesture of sympathy.

Every day is a journey, and the journey itself is home. ~ Matsuo Basho

Every day is a journey, and the journey itself is home. ~ Matsuo Basho

Christa Korotki (nee Walliczek), was born in Hindenburg, Germany, a town near the Polish border. When Christa was 10 years old, they moved to Berlin and Christa received a varied education: air raids, evacuations and five semesters of dentistry school. WWII prompted her to reconsider her choices and she became a nurse instead, training in Berlin, Nuremburg and Neuendettalsbach.

In 1951, her journey led her to London, England and Putney Hospital in Wimbledon. It was here that Christa was able to shed the horrors of war by working, living in residence, making new friends and attending concerts in London. Eventually she went to live with a wonderful couple who took her under their wing. She cared for and met interesting patients, some of whom she later became friends with.

Christa’s nursing career spanned 40 years, working in Silesia, Berlin and Wimbledon. In 1954, she emigrated to Canada via Halifax, NS and in March she boarded the train bound for Port Arthur, ON because a childhood friend had also moved there. The friend had described a country with bright blue skies and brilliant white snow, quite the contrast to the foggy London she knew. It was here that she met her future husband, Michael, another émigré, and together they raised three children. She continued to work as an RN from 1954 to 1986, starting at McKellar Hospital and retiring at the Port Arthur General Hospital after 30 years in Obstetrics (5W).

Christa was a member of the Ontario College of Nurses, the German-Canadian Assoc. and St. Paul's United Church for 50 years. She volunteered with the Ladies' Auxiliary at the Port Arthur General Hospital until the Maternity Ward closed.

Though she considered Thunder Bay a Paradise, she enjoyed the occasional trips back to Europe. Later in life she would enjoy winter travels to California, Hawaii, Florida and the Keys and Cuba.

Christa cherished her daily coffee hour at The Towers Club with friends and neighbours old and new. She loved her condo at Waverley Park overlooking the harbour and the Port Arthur she loved so much. Most recently, she resided at Roseview Manor for just over 2 years. She was fascinated by people and she enjoyed meeting them here as well, including former colleagues who were now residents, friends of friends as well as staff. She was grateful for the help she received.

Christa was pre-deceased by her son Michael in 1985 and her husband Mike in 1998. She is survived by daughters Anna Korotki (Patrick Jamieson) and Elizabeth (Don Kachkowski) and grand-children Victoria Korotki Jamieson and Andrew and Christian Kachkowski, all of whom will miss the twinkle in her eye, her sense of humour and her interesting observations!

On Sunday, August 16, 2020 Christa was freed of her earthly bonds, passing away in her sleep after a beautiful morning visiting outdoors with both her daughters. The day was filled with love, light, music and some coffee.

A private graveside burial has already taken place. In lieu of flowers, consider making a donation to your favourite charity or simply remember Christa, raise a glass and share your favourite Christa anecdotes, write a letter championing your favourite cause, or sign a petition and don’t be afraid to raise a little hell, all the things she enjoyed doing in this life.


Online condolences may be made at www.sargentandson.com

Receive notifications about information and event scheduling for Christa 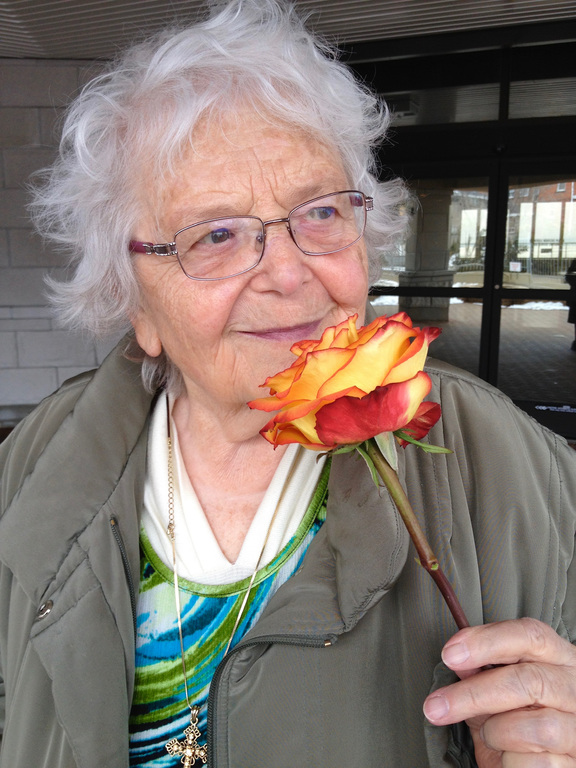 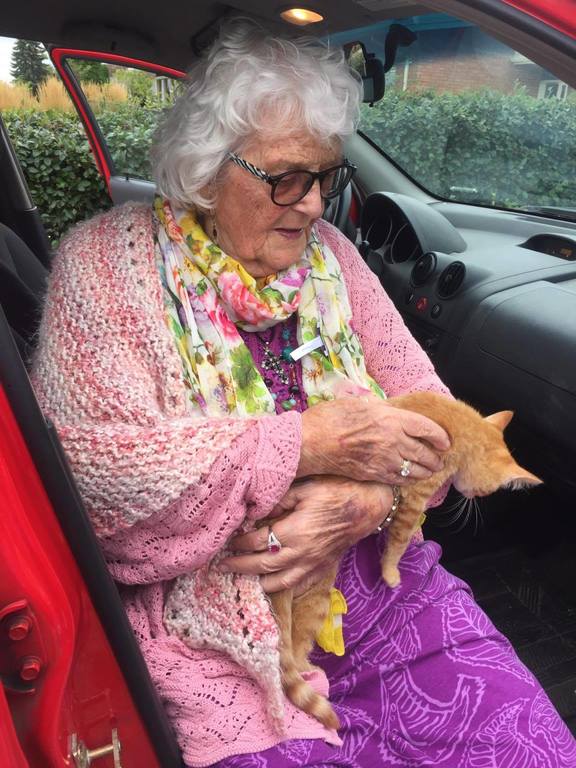 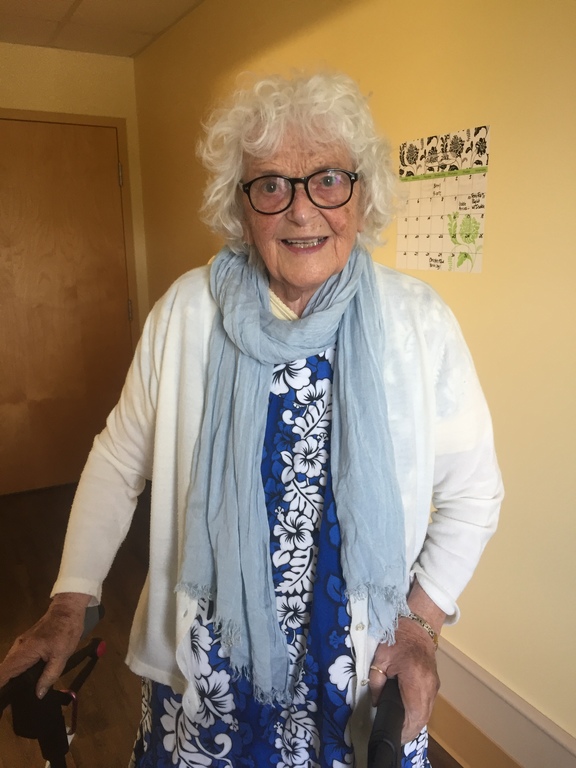 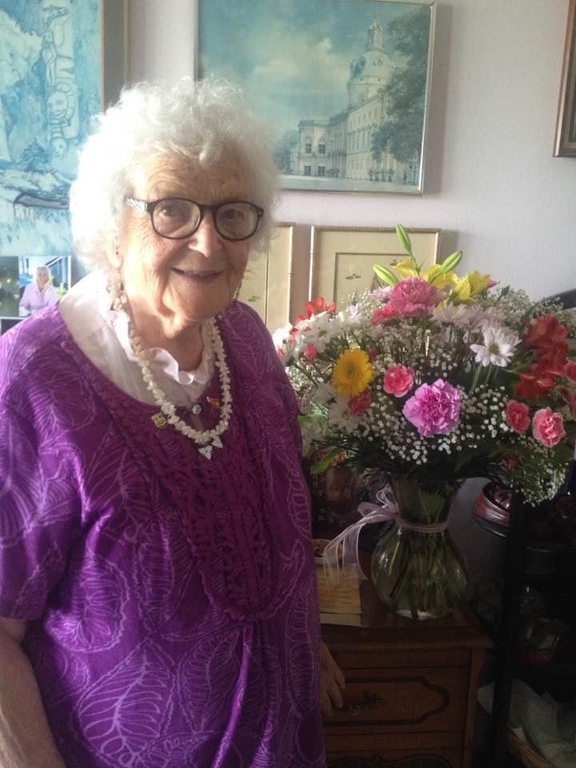 We encourage you to share any memorable photos or stories about Christa. All tributes placed on and purchased through this memorial website will remain on in perpetuity for generations.

Honor the life of Christa Korotki by planting a memorial tree.
Plant a Tree in Memory of Christa
Planted in the area of greatest need
PA

Hi Anna
I’m really sorry to hear your Mother has passed. Big loss!! She had quite a life.
You and your family are in my thoughts.

Take good care of each other.

Christa Karotki.... what an amazing lady you were! I so enjoyed working with you on obstetrics and learned so much from you not only about nursing at about life in general! My condolences to the family. Hannah Gelling -van den Brand
Comment | Share Posted Aug 22, 2020 at 10:02am via Condolence
JD

I have such a fond and lasting memory of Christa handing me my newborn daughter after I had awoken from the anesthetic and emergency Caesarean delivery in Port Arthur General Hospital in 1982. I know that all of her family will treasure the many memories that you have of a very special woman.
With sincere sympathy in your loss,
Jackie Dojack
Comment | Share Posted Aug 22, 2020 at 09:33am via Condolence