To share your memory on the wall of Dennis Caporale, sign in using one of the following options:

Provide comfort for the family by sending flowers or planting a tree in memory of Dennis Caporale.

Provide comfort for the family of Dennis Caporale with a meaningful gesture of sympathy.

Edward Dennis Caporale, 91, passed away peacefully at Bethammi Nursing Home on February 25, 2021 with family by his side. He was born on January 9, 1930 in Port Arthur and lived his entire life in Thunder Bay.

He loved carpentry of all f... Read More
Edward Dennis Caporale, 91, passed away peacefully at Bethammi Nursing Home on February 25, 2021 with family by his side. He was born on January 9, 1930 in Port Arthur and lived his entire life in Thunder Bay.

He loved carpentry of all forms and, as a young man he was a gifted craftsman of fine woodwork. At age 16 he constructed a scale model stagecoach with working parts and presented it as a school project. Dennis also became interested in photography at a young age and built his own equipment for developing and enlarging film. Although he loved photography his true passion was carpentry. As he grew older he did small renovations and cabinet work as a business. But with a wife (Kathleen) and three children (Chris, Patrick and Kathy) he found it didn’t pay well enough to support his growing family and so he joined the CPR police. While working shift work as a police officer he continued to do carpentry and build cabinets for extra income. After a number of years on the force he left and went to work for Electrolux Canada for a short time. This was followed by a longer stint of employment with Motorways. Eventually, Dennis started his own business with his second wife, Aileen. They called it Capaleen Clockworks. Here he sold and restored all shapes and sizes of clocks for thousands of customers over the approximately 30 years in business in his smoky, little shop on River Street.

Dennis loved to travel with his family whenever possible on an occasional cruise but mostly within Canada to visit with his grown children and their families.

Dad’s attention to detail and sense of humour were subjects of many discussions in the family. A birthday card or hand written instructions on clock winding & maintenance usually came with a cartoon and caption involving a family member or their pet.

We would like to thank all the staff at Bethammi Nursing Home for their care and attention to our father. We so much appreciated them taking the time to host video calls so we could visit with Dad. The monthly conference call updates with residents’ families kept us in touch and informed.

Due to Covid restrictions, a service and interment will be held at a later date. In lieu of flowers memorial donations may be given to St. Joseph's Foundation, 63 Carrie Street, Thunder Bay P7A 4J2 or online at www.sjftb.net/donate or by phone at 768 4440, or to the Regional Food Distribution Association of NW Ontario through https://www.foodbanksnorthwest.ca/. Online condolences may be made at www.sargentandson.com.

Receive notifications about information and event scheduling for Dennis 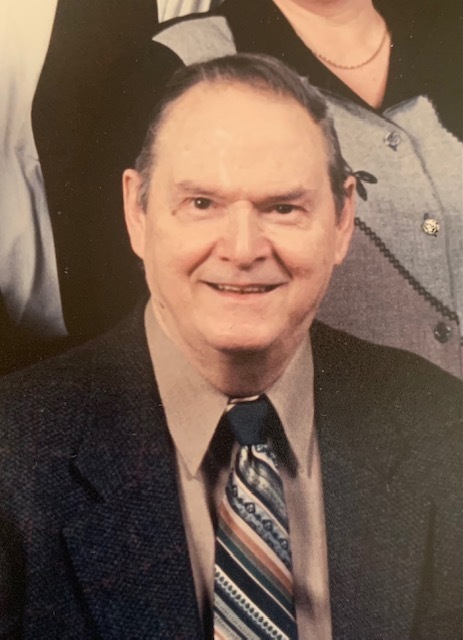 We encourage you to share any memorable photos or stories about Dennis. All tributes placed on and purchased through this memorial website will remain on in perpetuity for generations.

Honor the life of Dennis Edward Caporale by planting a memorial tree.
Plant a Tree in Memory of Dennis
Planted in the area of greatest need
R

Sincere and Heartfelt condolences to Christopher and to all family on this unexpected loss. Hugs and Blessings to all
Comment | Share Posted Mar 29, 2021 at 05:44pm via Condolence