To share your memory on the wall of Domenico Crupi, sign in using one of the following options:

Provide comfort for the family by sending flowers or planting a tree in memory of Domenico Crupi.

Provide comfort for the family of Domenico Crupi with a meaningful gesture of sympathy.

To send flowers to the family or plant a tree in memory of Domenico Crupi, please visit our Heartfelt Sympathies Store.
Read Less

Receive notifications about information and event scheduling for Domenico 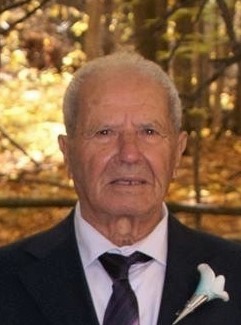 We encourage you to share any memorable photos or stories about Domenico. All tributes placed on and purchased through this memorial website will remain on in perpetuity for generations.

Public Service Alliance of Canada Area Council and Domenic, Mary and Michael Baggetta sent flowers to the family of Domenico Crupi.
Show you care by sending flowers
Hand delivered by a local florist

Cosimo, Adriana, Andrew & Nicholas,
Paula and I were saddened to hear about the passing of Cosimo's dad. I enjoyed reading the obituary. Your dad was a special guy, and he'll be missed but never forgotten by the many people he touched. Sorry we couldn't be there for the services, but you and the Crupi family are in our thoughts and prayers. Best, Paul Thivierge & Family.
Comment | Share Posted Dec 03, 2019 at 12:40pm via Condolence

Cosimo(Adrianna & Boys), Tony, Robert & Family
I am deeply saddened by your loss. So sorry to hear about the passing of your father, unfortunately, I could not make it to the funeral to express my condolences in person.
My thoughts are with you all during this difficult time.
Ken Lieske
Comment | Share Posted Nov 14, 2019 at 07:52pm via Condolence
CC