To share your memory on the wall of Dustin Barr, sign in using one of the following options:

Provide comfort for the family by sending flowers or planting a tree in memory of Dustin Barr.

Provide comfort for the family of Dustin Barr with a meaningful gesture of sympathy.

It is with heavy hearts that we announce the passing of Dustin James Barr, who was taken too soon at 24 years old. He passed away at home on March 4th, 2020 surrounded by his family and friends.

Dustin was born on August 16th, 1995 to parents Jim and Leanne Barr. Dustin is most famously remembered for his love and passion for golf. Dustin swung his first golf club at only 2 years old, his drive was lead by his father Jim and Grandpa Gary Barr. Dustin’s dream was to land a scholarship with a college golf team, and he did just that amidst his extreme struggles.

At the young age of 17, Dustin was first diagnosed with undifferentiated sarcoma of the pelvis with metastasis to the pancreas in 2013. Throughout multiple rounds of chemotherapy, Dustin’s positive attitude and bravery kept him out on the golf course. Days before his surgery, Dustin played a memorable round of golf at St Andrews in Scotland with his father Jim, Dustin Wilson, and Marko Seppanen. On the last hole there wasn’t a dry eye on the course, as loved ones prepared for his upcoming surgery.

Dustin was told he would never be able to golf again. He proved them wrong and went through reconstructive hip surgery and a whipple with surprising results. After physiotherapy and gaining strength back, his first time back out on the golf course was in Jamaica.

Dustin attended Core Golf Academy in Florida and went on to win one of the FCWT tournaments, which lead to a scholarship at Thomas University in Georgia where he spent two years in business accounting. Dustin was able to live his college dream and play in many tournaments, one of his favorites being in Las Vegas Nevada.

Dustin’s biggest golf highlight was getting an exemption to play in the Staal Tournament in 2017 at White Water Golf Club. He was ecstatic when he received the call that he would be playing, and multiple family members and friends came to watch him golf. With his father by his side carrying his clubs, Dustin had a truly unforgettable experience, playing 36 holes in one day. Along with golf, his other passions included fishing, hunting, hockey, camping, and being outdoors.

As Dustin once put it “Courage doesn’t mean you don’t get afraid, it means you don’t let fear stop you. Fear has two meanings, forget everything and run or or face everything and rise, that’s your choice”.
He was the toughest spirit in the game for 7 years, and has shown us all what true courage means.
Dustin was and will continue to be remembered as the most inspiring, kind, motivating, resilient, and remarkable person in our lives. He has been there for us even when he felt horrible physically and mentally. He pushed through and always made the people he loved smile. He would start singing a song out loud out of nowhere even when he was having the worst day. He maintained his silliness even when you didn’t think it was possible. He saw the darkness but continued to keep breathing and fighting. He was gentle with everyone and everything he came into contact with. He was thankful for everybody who gave him a chance, who showed him love, and who has been there for him throughout the toughest times. He makes us see a different part of life. He makes us realize that life is about who loves you when you can’t love yourself anymore, who says “I’m here” and proves it, and who doesn’t walk away from you when times get hard.

We are truly blessed to have been a part of his journey, and lucky to have been given the opportunity to learn the life lessons. We will never forget looking at his smiling face and listening to him say “Today was a really hard day, but it’s going to be okay, we’ll get through this”. He was the sweetest soul. We will miss that smile everyday.

To the people that stuck by us and helped us get through these times, thank you. The love for our family that has been shown throughout the years has been extraordinary and has given us strength, courage, and faith throughout this journey. To Dustin: you were one of a kind. You showed the fight who you were while mesmerizing every friend, family member, nurse, and doctor with how strong you were. You have created a legacy and we love you and are so proud of you for all you have accomplished in your lifetime.

Dustin was predeceased by his grandpa Gary Barr. Survived by parents Jim and Leanne Barr; sister Kaitlyn Barr; grandparents Bob and Leah Maxton, and Leona Barr; multiple aunts, uncles, cousins, and friends; as well as his girlfriend Kristen Dove and cousin Rj Werpny who were by his side every step of the way.

As per Dustin's wishes, a foundation will be set up in the near future called “Raising the Barr”. A celebration of life will be held at White Water Golf Club on March 21st from 1-5pm to remember all the special gifts that Dustin brought into our lives. *** UNFORTUNATELY, THE CELEBRATION OF LIFE FOR DUSTIN HAS BEEN POSTPONED UNTIL FURTHER NOTICE***

Receive notifications about information and event scheduling for Dustin 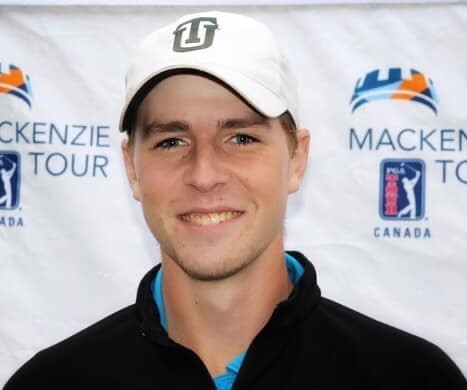 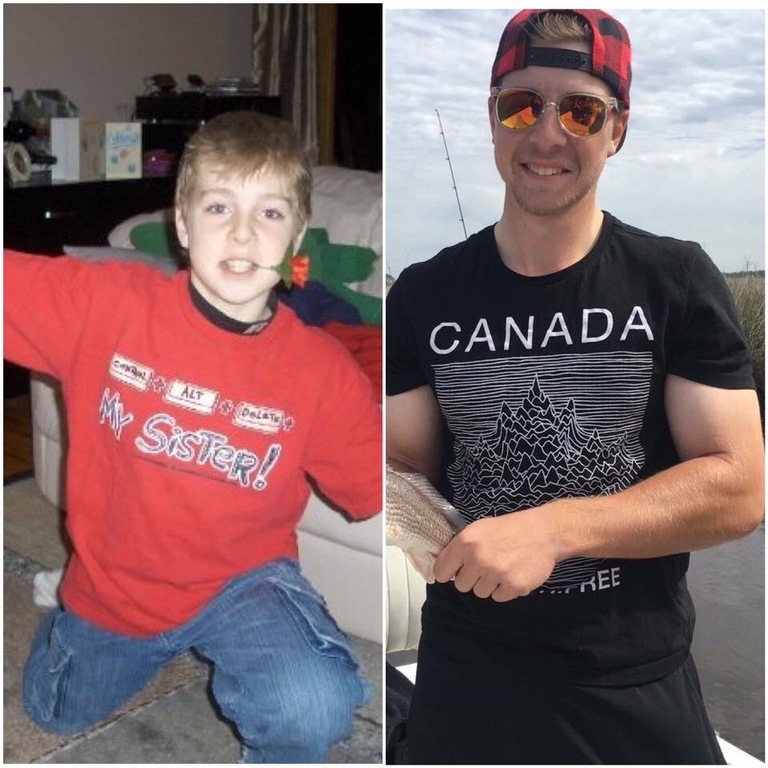 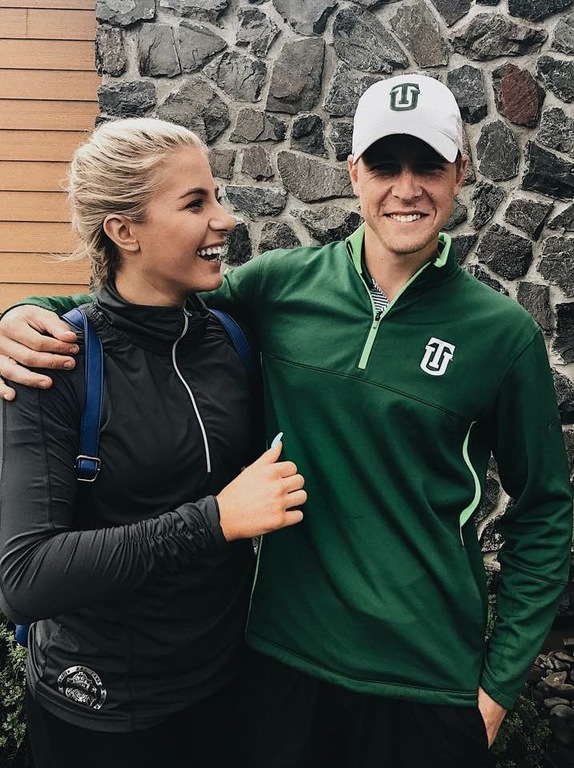 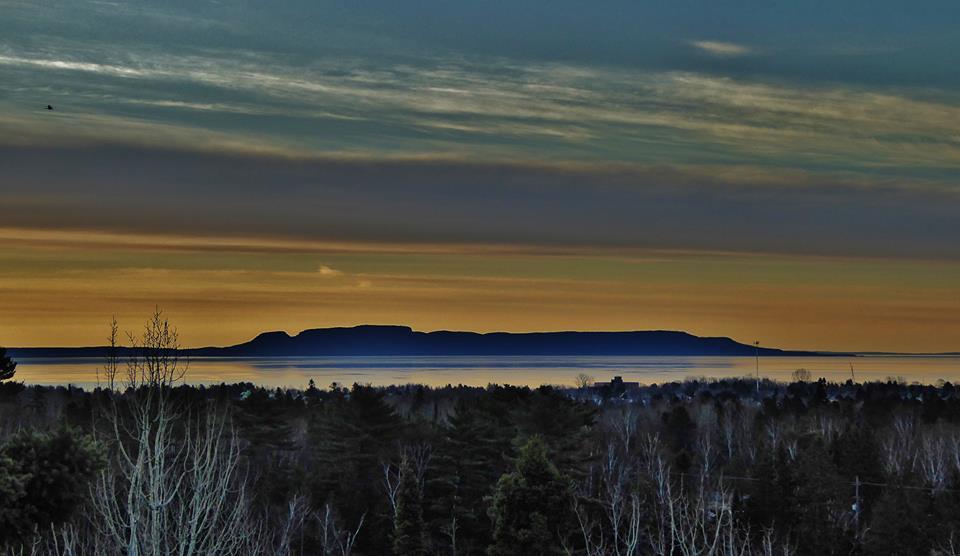 We encourage you to share any memorable photos or stories about Dustin. All tributes placed on and purchased through this memorial website will remain on in perpetuity for generations.

Janie Abraham has honored the life of Dustin James Barr by planting a memorial tree.
Plant a Tree in Memory of Dustin
Planted in the area of greatest need

Upon returning to Thunder Bay, was notified of Dustins passing. I was the golf coach at Hammarskjold having Dustin on the school team. What a wonderful young man and great golfer. Mr. & Mrs. Barr, there are absolutely no words that can take away your pain but want you to know, I feel privileged that I had the opportunity to know Dustin. What a great loss to this world.
Janie Abraham
Comment | Share Posted Mar 20, 2020 at 05:07pm via Condolence
AM

Although I never met Dustin, from talking with his grandmother, Leah, I know he was an outstanding person. I admired his spirit, strength and determination. With deepest condolences, Allen Main
Comment | Share Posted Mar 17, 2020 at 12:57pm via Condolence

Our Deepest Condolences during this difficult time. It is such a sad thing to lose a child.

Jim and Leanne, so sorry too hear of the loss of your son, I can’t even imagine what you’s are going through. Please know our thoughts and prayers are with you. The Huston Family
Comment | Share Posted Mar 14, 2020 at 09:11pm via Condolence