To share your memory on the wall of Elizabeth \"Betty\" Dwyer, sign in using one of the following options:

Provide comfort for the family by sending flowers or planting a tree in memory of Elizabeth "Betty" Dwyer.

Provide comfort for the family of Elizabeth "Betty" Dwyer with a meaningful gesture of sympathy.

It is with heavy hearts that we announce the peaceful passing of Elizabeth ‘Betty’ (Findlay) Dwyer on December 7th, 2020 at her home in Thunder Bay, Ontario at the age of 94 surrounded by her family. The... Read More
Elizabeth ‘Betty’ Dwyer

It is with heavy hearts that we announce the peaceful passing of Elizabeth ‘Betty’ (Findlay) Dwyer on December 7th, 2020 at her home in Thunder Bay, Ontario at the age of 94 surrounded by her family. The only one of her 7 siblings to be born in a hospital, and in Ontario, she came into this world on March 13th, 1926 in Dryden. Growing up on the family farm in Oxdrift she moved to a boarding house in Dryden to attend high school, rooming with Vi Stansfield and Florence Giles who would remain lifelong friends.

It was in Dryden that she met James ‘Jim’ Dwyer, a Hydro boy from southern Ontario, who was working in the area. Moving to Port Arthur in the early 1950s, she married Jim in 1955 and together they built their home on Shuniah Street where she remained for the rest of her life.

Welcoming their daughter Kathryn in 1959, Jim and Betty enjoyed 14 years together as a family before Jim’s untimely passing in 1969. Left with the sole responsibility of raising her daughter she would see her go on to graduate from university. She worked at the original Port Arthur Clinic on Cumberland Street when she first came to the Lakehead, returning to the Clinic in 1971 where she remained until her retirement in 1991.

Betty opened her home to many people, always finding room for nieces and nephews who needed a place to stay, as well as numerous foster children. In 1986, she welcomed Diane Imrie into the Dwyer home and together the three ‘Shuniah Street Girls’ enjoyed many happy times together as a family. Betty’s home was her pride and joy and she worked hard at maintaining it, including the vegetable and flower gardens she grew over the years.

Betty had many hobbies, some of them going back to her childhood, with stamp collecting becoming a life-long interest. She also had numerous pen pals, sending hand-written letters to people all around the world, including one she corresponded with in Australia for 50 years. Other pastimes were spoon collecting, sewing, crocheting and quilting, often hosting quilting bees in her basement. She also enjoyed watching sports, sharing a beverage or two and delivering one-liners with her dry and quick wit. Never one to show a great deal of emotion, Betty quietly helped out where she could, and would show her kindness by remembering people with cards and letters (in envelopes adorned with multiple stickers), Betty Blankets and clippings from her garden, and many other kind, unselfish gestures.

An active member of St. Margaret’s Parish since 1962, she undertook many duties, including keeping track of the parish offerings for many years. A close to 60-year member of the CWL she received the Maple Leaf Service Pin and spent the majority of her time on the Executive serving in a variety of roles such as President, Treasurer, Membership Chair, Penny Sale coordinator and as a faithful member of the funeral sandwich making brigade. A long-time volunteer with the Northwestern Ontario Sports Hall of Fame she received a 30-year Volunteer Service Award from the Province of Ontario and was also a 60+ year member of the Ladies Auxiliary of Dryden’s Royal Canadian Legion Branch #63.

Thanks are extended to the medical team of doctors, nurses and PSWs who provided wonderful care to Betty during her final days, which allowed her to remain in her home. A special thank you to her nieces Elaine Barton and Shelley Hale and VON support worker Denise who went above-and-beyond to care for her, and to Gayle Caron and Sylvia Nordstrom for their faithful visits.

Due to Covid-19 restrictions, a private funeral mass will take place at St. Margaret’s Church on Friday December 11th, 2020 at 11:00 am with Rev. Ciaran Donnelly presiding, with interment to follow at St. Andrew’s Cemetery. The service will also be live streamed on the Sargent and Son Chapel Facebook page for those who are unable to attend. In lieu of flowers, donations to the Northwestern Ontario Sports Hall of Fame in her memory would be appreciated. Online condolences may be made at www.sargentandson.com.

To send flowers to the family or plant a tree in memory of Elizabeth "Betty" Jean Dwyer, please visit our Heartfelt Sympathies Store.
Read Less

Receive notifications about information and event scheduling for Elizabeth "Betty" 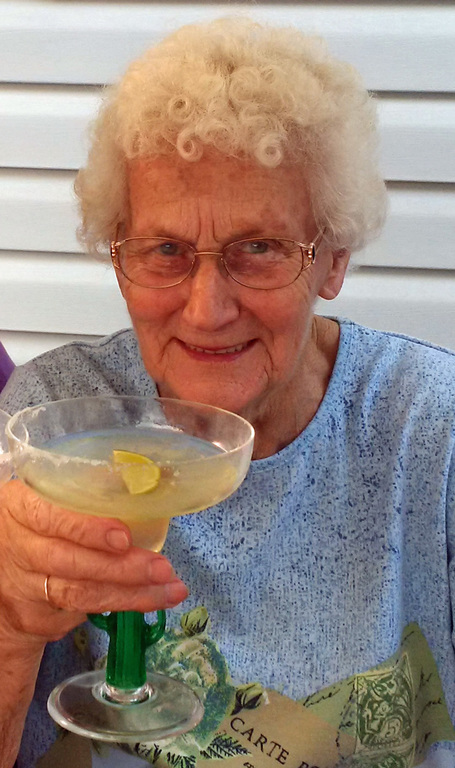 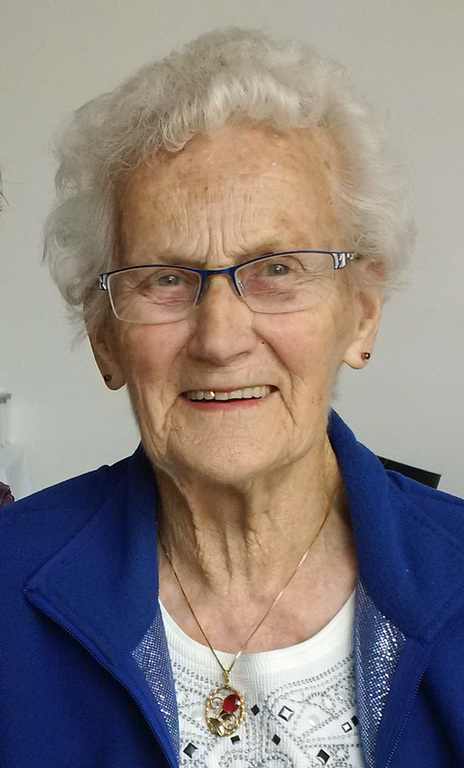 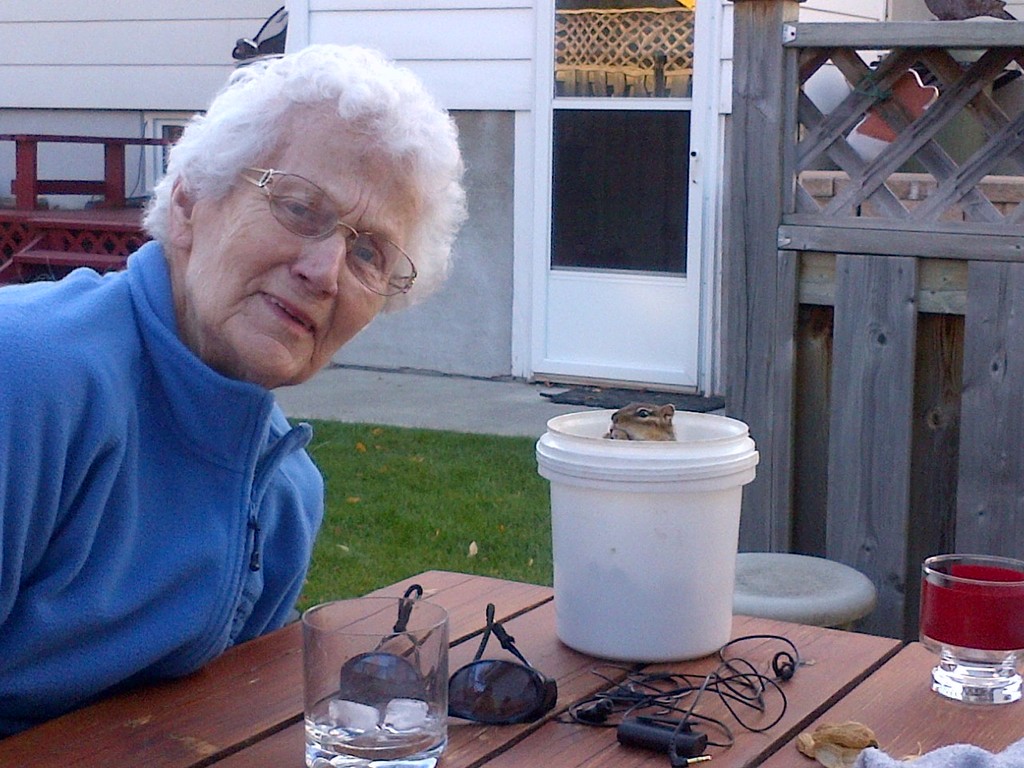 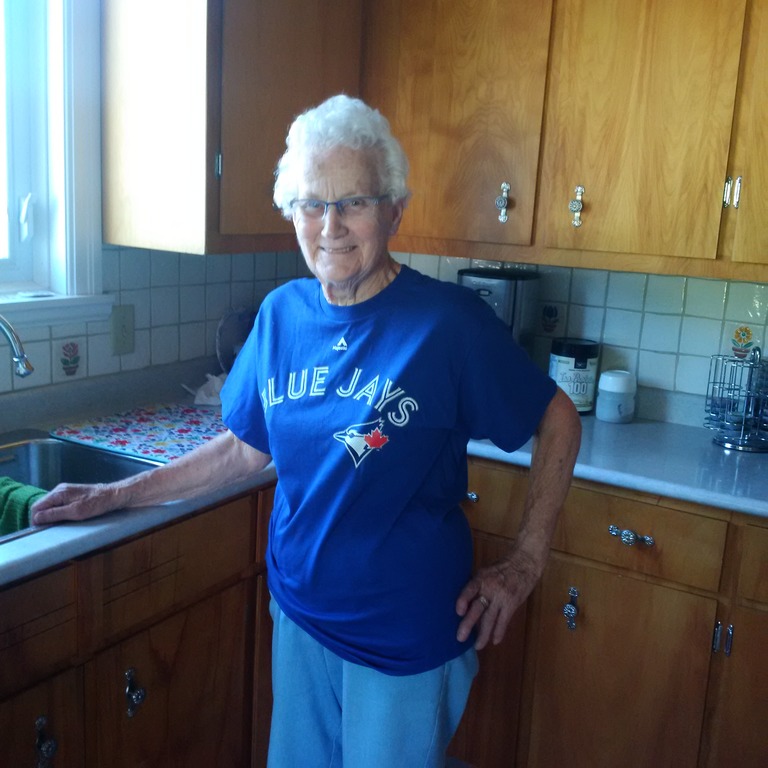 We encourage you to share any memorable photos or stories about Elizabeth "Betty". All tributes placed on and purchased through this memorial website will remain on in perpetuity for generations.

Hello Kathryn:
We were sorry to hear about your mother's passing. Please accept our deepest sympathies and know that our prayers continue to be with you and for the repose of her soul. May she rest in peace.

So very sorry for your loss Kathryn. Thinking of you today.
Comment | Share Posted Dec 18, 2020 at 11:08am via Condolence
SJ

Dear Kate, Diane and Family
Our deepest condolences to you on the passing of you Mother. Mothers are very special people and we know you will miss her immensely. May your many beautiful memories bring you peace! Sincerely Sandra and Elving Josephson
Comment | Share Posted Dec 14, 2020 at 05:33pm via Condolence

So sorry to hear of your loss Kathryn. Sincerely, Bruce Maki
Comment | Share Posted Dec 10, 2020 at 05:20pm via Condolence
R

Kathrine and Diane, we wish to extend our deepest condolences for your loss of Betty. We have many happy memories of her and hope that you will find comfort in your cherished memories.
Ruth Vester, Brenda Romick
Comment | Share Posted Dec 09, 2020 at 03:21pm via Condolence