To share your memory on the wall of Elizabeth Chomniak, sign in using one of the following options:

Provide comfort for the family by sending flowers or planting a tree in memory of Elizabeth Chomniak.

Provide comfort for the family of Elizabeth Chomniak with a meaningful gesture of sympathy.

Receive notifications about information and event scheduling for Elizabeth 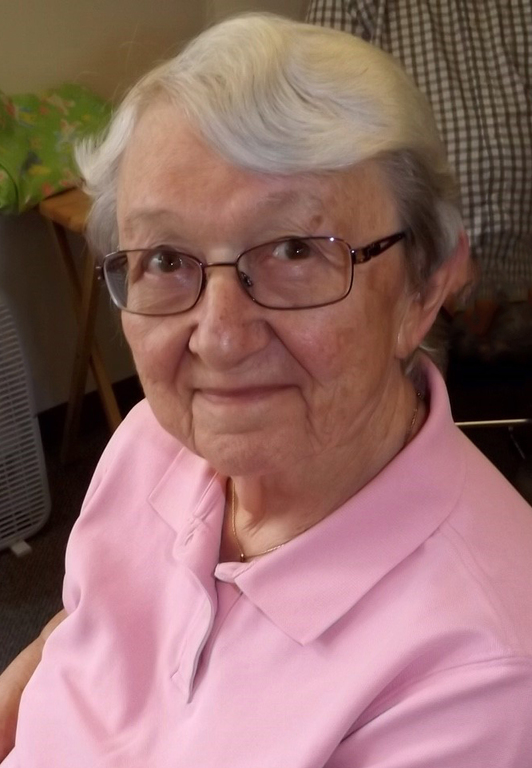 We encourage you to share any memorable photos or stories about Elizabeth. All tributes placed on and purchased through this memorial website will remain on in perpetuity for generations.

Honor the life of Elizabeth Sylvia Chomniak (Kuby) by planting a memorial tree.
Plant a Tree in Memory of Elizabeth
Planted in the area of greatest need
GF

Sincere sympathy to all your family. Karen it’s been many many years, may happy memories remain in place of your loss, Gail Fikis
Comment | Share Posted Mar 17, 2021 at 05:37pm via Condolence
AK

Dear Karen, we were very sad to learn of your Mother's sudden and tragic death... how very difficult for everyone. I felt privileged to meet your Mom when she would visit you in Peterborough. We were always excited about her arrival, for we knew it was to be a bake fest, and that we'd be the beneficiaries of many of her delicious cookies. Please take care and know that we are thinking of you and Paul, as well as other family members we don't know.
Ann and Murray
Comment | Share Posted Mar 15, 2021 at 04:49pm via Condolence
MC

Dear Karen: I am so sorry to hear of Betty's passing. We had so much fun over the years at the old Bank of Montreal. She was one of a kind and her sense of humor always made me laugh. We had so much fun at our Friday night happy hours after the bank closed. I bet they don't do that any more. She has joined her old pal Anita and of course your dad. Thinking of you at this sad time.
Mary Louise Crooks
Comment | Share Posted Mar 11, 2021 at 03:08pm via Condolence
GR

Our sincerest sympathies are with you during this difficult time. Your Mother was a wonderful woman, having worked with her on our H.C. Golden Agers Bus Trip to Winnipeg, she was full of strength and goodness. Please accept our condolences to the family as she will be sorely missed. George Rusnick.
Comment | Share Posted Mar 11, 2021 at 02:57pm via Condolence
PK

Karen and family....we were so saddened to hear of Betty's untimely passing. Those of us who worked with her at the Bank of Montreal loved her sense of humor and her sharp wit. Betty was one of a kind. How fortunate we were to have known her. May you find peace in knowing that so many share your sorrow. And may warm and loving memories of your Mom bring you comfort at this very difficult time. Petra Kapush, Dale Smith & Lesly Kapush
Hopefully, we will see you on June 7th.
Comment | Share Posted Mar 11, 2021 at 01:40pm via Condolence