To share your memory on the wall of Eugen Prpic, sign in using one of the following options:

Provide comfort for the family by sending flowers or planting a tree in memory of Eugen Prpic.

Provide comfort for the family of Eugen Prpic with a meaningful gesture of sympathy.

We announce with profound sadness the passing of our husband, father and grandfather, Eugen (Gene) Prpic Sr., on Friday, April 24, 2020 with his family by his side after a brief battle with cancer.

Eugen was born on June 24, 1936 to Anka... Read More
We announce with profound sadness the passing of our husband, father and grandfather, Eugen (Gene) Prpic Sr., on Friday, April 24, 2020 with his family by his side after a brief battle with cancer.

Eugen was born on June 24, 1936 to Anka and Marijan Prpic in Krivi Put, Croatia. He spent his early years there and later moved with his mother to Slavonski Brod. In 1956, along with his mother, he emigrated to Port Arthur, Ontario to join his father. He graduated from Hillcrest High School where he excelled in drafting. Jobs in those days were plentiful and he worked at a number of different places until finally landing a position with PPG Industries, where he became their shipper/receiver for the next 37 years until his retirement in 2000. During those years he served as shop steward and was a staunch supporter of union local 1671, remaining a member until his passing. Eugen never did retire from work and pursued his passion for collecting and operated Sunshine Antiques for two decades. He was a born collector and always saw the possibilities and value in everything. He never shied away from hard work or taking on new challenges during his lifetime.

He was married for 55 years to his loving wife, Brenda (Rasporich) and together they raised three wonderful children, Eugene Jr. (Leslie), Marijana (Dave Wilton) and Julijana (Dave Sacino). He cherished his grandchildren Emily, Sofija, Ben and the newest addition Samuel. He is also survived by his cousins Joe Prpic (Barbara), Eva Prpic and Zdenka Simcic, along with his brother-in-law Anthony Rasporich (Beverly), sister-in-law Betty Jane Jones, and his nieces and nephews and relatives back in Croatia. Eugen will be deeply missed by all those who knew and loved him.

He was a proud Canadian and always celebrated his Croatian heritage. As a lover of soccer, he was instrumental in establishing the Croatia and Zagreb soccer clubs in Thunder Bay, playing and later becoming a coach. He served on the Croatian Catholic Church council, the Croatian Recreation Centre Velebit, and for the past 22 years was the president of the Croatian Home Society. He was an active volunteer for most of his adult life and devoted countless hours of his time to the organizations which were important to him.

A private funeral with immediate family members will be held on Thursday, April 30, 2020 at 11:00 a.m. with interment to follow at St. Andrew’s Cemetery. An appropriate celebration of Eugen’s life for all of his friends and family will be held at a later date once we have returned to some degree of normalcy and we are all able to safely gather again. Should friends desire to watch the service online they can go to Eugen’s page on the Sargent & Son Website at 11:00 am on Thursday, April 30, 2020 and click on the web-casting play button below the obituary.

A special thank you to Dr. Simpson and the nursing staff of the TBRHSC for the care provided to Eugen during his various visits there. In lieu of flowers, donations can be made to the Croatian Home Society, 229 Pearl St. or to a charity of your choice. Online condolences may be made at www.sargentandson.com.

Receive notifications about information and event scheduling for Eugen 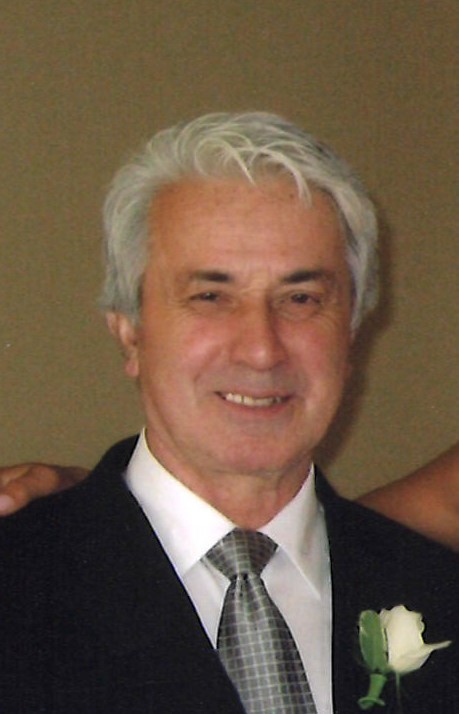 We encourage you to share any memorable photos or stories about Eugen. All tributes placed on and purchased through this memorial website will remain on in perpetuity for generations.

Betty Jane, Sam, and other have planted trees to honor the life of Eugen Prpic.
Plant a Tree in Memory of Eugen
Planted in the area of greatest need
PH

Gene’s presence at the Fleamarkets was always gentle, helpful and at times, humourous. He never hesitated to help others with his deep knowledge of antiques and collectibles. He often offered to fix things and went above and beyond. We’ll definitely miss him. Thinking of you, Brenda, and your beautiful family. Pam and Darrell
Comment | Share Posted May 05, 2020 at 12:52pm via Condolence
SM

I will miss seeing Gene at Adult and Teen challenge Super Thrift, where I work.
I remember a time that Brenda and I played a joke on him, and I was not sure how he would take it, The joke was Brenda's idea so why not. Well he handled it like the gentleman that he was, we laughed about it then and it brings a smile to my face when I think of it.
He always took time to chat and he will be missed.

With love and hugs, in remembrance of 'Eugen Prpic'

Beth Smith
Sending my love and prayers MJ and family. So very sorry for your loss. Thankful that l was able to watch the lovely service on line.
Comment | Share Posted Apr 30, 2020 at 12:03pm via Condolence
J

Our thoughts and prayers are with you. With sincere sympathy,
Joe and Lori Arabia and family.
Comment | Share Posted Apr 30, 2020 at 12:02pm via Condolence