To share your memory on the wall of Evelina Ghersinich, sign in using one of the following options:

Provide comfort for the family by sending flowers or planting a tree in memory of Evelina Ghersinich.

Provide comfort for the family of Evelina Ghersinich with a meaningful gesture of sympathy.

After a long and happy life of 90 years, it is with heavy hearts our family announces the peaceful pa... Read More
Ghersinich, Evelina (nee Riccoboni)
July 8, 1930- January 9, 2021

After a long and happy life of 90 years, it is with heavy hearts our family announces the peaceful passing of Evelina Ghersinich, affectionately known as “Nonna” to all family members and friends, on January 09, 2021.

Born in Albareto, Italy on July 08, 1930, Evelina was an adventurous soul leaving home at the age of 20 to go to work in England then moved halfway across the world to pursue her heart, landing in Beardmore Ontario in November 1953 at the ripe old age of 23. There she caught up with the handsome young sergeant she was introduced to years earlier by her cousin. Evelina and Milovan were married on December 6, 1953 and spent 9 wonderful years working in lumber camps, enjoying the northern wilderness and raising their young family (Claudio, 1956; Silvana, 1961). Looking for a change and after a brief stint in Montreal, the family settled in Port Arthur (now Thunder Bay) in the summer of 1963. Never one to be idle, Evelina took on a twelve-month contract in the sewing room at the Lakehead Psychiatric Hospital that lasted 26 years until her retirement in 1989. She chose early retirement so she could spend more time traveling and enjoying time with Milovan who had retired a year earlier. They spent their golden years, tending to her garden, searching for elusive mushrooms and wild berries in the hills around Thunder Bay, or hunting and fishing with friends. The Travel bug was never far from Evelina’s heart, always taking the opportunity when presented to visit family, relatives and friends throughout North America and Europe. When not traveling or out in the wilderness, Evelina could be found fussing over; taking care of; or visiting her grandchildren Kayla (1987), Christopher (1990), Melissa (1992) and Nicole (1994). When time caught up with Milovan in the spring of 2007 it left even more time for nurturing relationships with them. They were her pride and joy in the twilight years.

After making the decision to sell her home on Dublin Ave in the summer 2013 she spent over 5 years at Chartwells Thunder Bay Retirement Residence where she made many new friends. In February 2019 she relocated to Southbridge Roseview Manor. Staff at both facilities were quickly affected by Evelina’s kind and jovial demeanor and they soon became part of her circle of friends, all calling her “Nonna”.
She will forever be remembered by her children, Claudio Ghersinich (Reina) and Silvana Doiron (Ron); her grandchildren Kayla Doiron (Mike), Christopher Ghersinich (Allison), Melissa Dohan (Justin and great granddaughter Evelyn), Nicole Ghersinich, her many nieces, nephews and extended family in North America, Italy and Croatia.

Because of COVID there will be no funeral service. The family plans to arrange a celebration of Evelina’s life when large gatherings are again permitted.

Receive notifications about information and event scheduling for Evelina 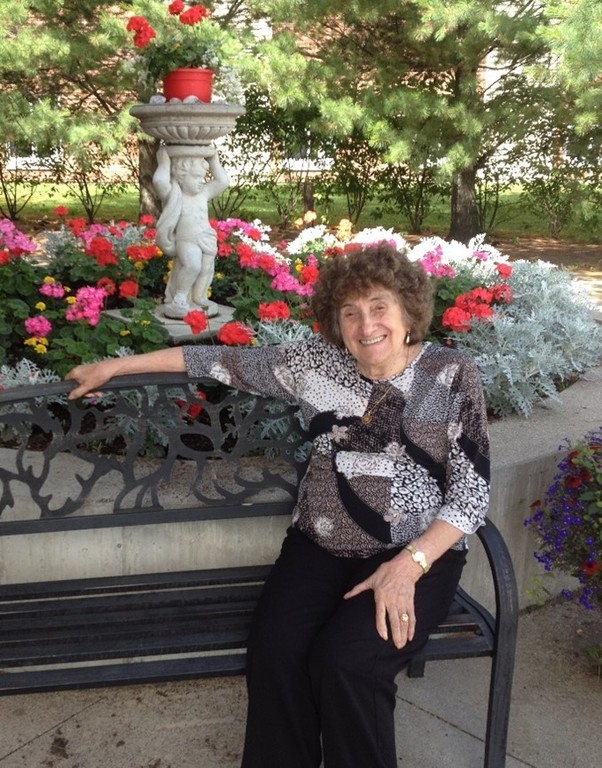 We encourage you to share any memorable photos or stories about Evelina. All tributes placed on and purchased through this memorial website will remain on in perpetuity for generations.

Cecille Ifko. has honored the life of Evelina Ghersinich by planting a memorial tree.
Plant a Tree in Memory of Evelina
Planted in the area of greatest need
HS

Our deepest sympathy to the Ghersinich families Claudio and Silvana. From the Perzan family as your mom was mine (Rosanna) and Angelas godmother thinking of you all at this time.
Comment | Share Posted Jan 20, 2021 at 07:22pm via Condolence
CI

To the family of Mrs. Ghersinich, with my sincere sympathy on your sad loss.

Our deepest sympathies on the passing of Lina. Our thoughts and prayers are with you all. Many good memories of visiting Lina and Milan when we visited Thunder Bay or when they came came to Windsor. Sara Lascak and Family
Comment | Share Posted Jan 18, 2021 at 09:45pm via Condolence

Oh I am so sorry to read this today. Evalina was one of my favourite residents at Chartwell Thunder Bay. She was always ready to join the fun and be a part of every party we hosted there. She also lived on my dads unit at Roseview so I got to continue to see her. My thoughts are with you and I will do a special TOAST to your mom with my next glass of wine. Love Cherie Kok
Comment | Share Posted Jan 18, 2021 at 01:52pm via Condolence