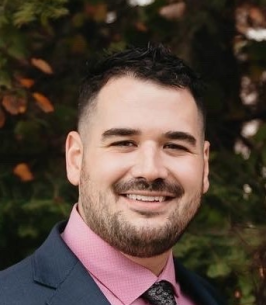 It is with broken hearts that the family of Frankie Cicchitano announce his sudden passing on Wednesday, October 5, 2022.

Proud parents, Dino and Shawna Cicchitano, joyfully welcomed their beautiful baby boy on April 26, 1996. Frankie was known to light up a room with his smile and his unforgettable laugh was contagious. He was described by all as somebody who went out of their way to lend a helping hand, a listening ear, or share words of encouragement. No matter the struggles that Frankie endured, he always remained a sweet, gentle soul.

Frankie was born and raised in Thunder Bay, ON. He attended St. Pius X Elementary School where he met some of his lifelong friends. He was often found playing road hockey on Kuznier Cres, playing unhealthy amounts of golf at the Thunder Bay Country Club or baking his favourite chocolate chip cookies with his Nonna. After graduating from St. Ignatius High School, Frankie went on to complete his Bachelor of Science. He then continued his education by taking courses to obtain his mutual funds licence and designation to pursue his career as a Financial Services Representative with CIBC. Frankie not only loved the job, but he especially loved his work family. He quickly excelled in his position, and most recently received a promotion to a managerial position at the Arthur St location.

Frankie was always on the go. He not only worked at the bank, but for years he also held a second job at the Thunder Bay Regional Health Sciences Centre working as a Dietary Aide. He could also be found spending his early mornings or late evenings in the gym, weekends at Loon Lake with his girlfriend, Hayley, and her family and Sundays making carb sandwiches at the “kids table” at our weekly family gatherings. Family was extremely important to him, that included his little fur babies Sammy, Marley, and Louie.

The Funeral Mass will be held at 11:00 a.m. on Friday, October 14, 2022 at St. Patrick’s Cathedral celebrated by Msgr. P.M. Stilla. Visitation for family and friends will be held one hour prior to the service. In lieu of flowers, donations can be made in honour of Frankie to St Joseph's Foundation. Donations will be directed to the Sister Margaret Smith Centre helping those struggling with addiction. Donations can be made via phone or online. Those unable to attend the service in person may attend via livestream through the Sargent & Son Facebook page. On-line condolences may be made at www.sargentandson.com.