To share your memory on the wall of George Podnar, sign in using one of the following options:

Provide comfort for the family by sending flowers or planting a tree in memory of George Podnar.

Provide comfort for the family of George Podnar with a meaningful gesture of sympathy.

It is with great sadness that the family announces the peaceful passing of George John Podnar on May 1, 2021, at Thunder Bay Regional Hospital, after a lengthy illness.

George lived and grew up in Thunder Bay, born to Josephine and Davi... Read More
It is with great sadness that the family announces the peaceful passing of George John Podnar on May 1, 2021, at Thunder Bay Regional Hospital, after a lengthy illness.

George lived and grew up in Thunder Bay, born to Josephine and David Podnar (both predeceased). He was an avid sports fan and athlete in his youth including curling, hockey, and football. George was a huge hockey fan and especially the Montreal Canadiens. George enjoyed many hobbies including being a registered Ham Radio Operator (VE3JJ), a handyman around the house, collecting and watching movies, and he liked to tinker and explore computer technology. George had an eclectic career initially as a ticketed pipefitter, then starting his own real estate brokerage, and most recently was a commercial property manager.

One of the things George enjoyed most later in his professional career was working with his wife, Brenda – after all, she is and will always be his best friend and the love of his life. Together they enjoyed watching movies, playing cards, or just spending time together sharing a coffee on the patio in their gardened backyard.

The family would like to thank the wonderful nurses and medical teams at Thunder Bay Reginal Hospital and Saint Joseph’s Hospital over the past year, and especially Amanda who was so kind, caring, and gracious during the family’s time of need.

The family will be holding a private family gathering. Instead of flowers, any donations to the Canadian Cancer Society in George’s name are appreciated.

Receive notifications about information and event scheduling for George 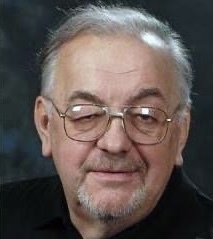 We encourage you to share any memorable photos or stories about George. All tributes placed on and purchased through this memorial website will remain on in perpetuity for generations.

Honor the life of George John Podnar by planting a memorial tree.
Plant a Tree in Memory of George
Planted in the area of greatest need
SZ

My deepest condolences to the family, I worked with George at West Arthur Place a long time ago and was a wonderful kind and friendly person, always stopped to talk when ever i ran into him while out .
Rita Briska
Comment | Share Posted May 05, 2021 at 11:02am via Condolence

Our Sincere Condolences Ryan and to the rest of your family- Much Love to all! Lowell & Karen
Comment | Share Posted May 05, 2021 at 06:36am via Condolence
CZ

Deepest sympathies to the Podnar Families.
Brenda, when we lose a loved one here on earth, we gain an angel in heaven that watches over us. May you take comfort in knowing that you have an angel to watch over you now. George and I shared many a coffee break and lunch conversations at Inter City Mall daily and discussed sports and current events. municipal politics, and happenings in Thunder Bay over the years, We continued to keep in touch until I moved to Vancouver Island. unfortunately I failed to touch base with him upon my return due to health issues, I extend my most sincere condolences to you, he will not be forgotten. RIP
Comment | Share Posted May 04, 2021 at 08:25pm via Condolence
MM

So sorry for your loss. We remember going with you and George to look for our first house- with our baby in a snuggley. Les remembers George as a great curling coach.
Condolences to you Brenda and the family.
Les and Martha Mayes
Comment | Share Posted May 04, 2021 at 07:33pm via Condolence