To share your memory on the wall of Giuseppina Carchidi, sign in using one of the following options:

Provide comfort for the family by sending flowers or planting a tree in memory of Giuseppina Carchidi.

Provide comfort for the family of Giuseppina Carchidi with a meaningful gesture of sympathy.

It is with deep sadness that we announce the passing of Giuseppina Carchidi. She passed away peacefully on Tuesday, June 30, 2020 at the age of 87.

It is with deep sadness that we announce the passing of Giuseppina Carchidi. She passed away peacefully on Tuesday, June 30, 2020 at the age of 87.

Giuseppina was born in Serra San Bruno, Italy on March 11, 1933 and married her childhood sweetheart, Giovanni, on March 22, 1953. In pursuit of a better life, Giuseppina immigrated to Canada with her two children in 1961 to join her husband in Port Arthur, Ontario who had come over a year earlier. For the first ten years they lived on Crown Street where they nurtured a sense of community among the numerous Italian immigrant families – lasting friendships and relationships were made. In 1971, they moved around the corner and purchased their life-long family home on Cornwall Avenue in Port Arthur where they permanently settled into the neighbourhood near friends and relatives to raise their four children. For many years, this is where Giuseppina could be seen going for her daily lengthy walks.

Giuseppina was a true Italian mother – she loved to cook, garden and to entertain family and friends, and most of all to care for her family. Hungry or not, anyone who walked through her door had to eat before leaving. The door was always open and anyone could come over at any time, whether it was scheduled or unannounced. It was common to find someone, whether it was a family friend or a relative, sitting at the kitchen table enjoying a lively conversation while being offered an endless amount of food.

Giuseppina put the interests of each member of her family first, well ahead of her own. She never stopped to take a moment for herself. She unselfishly gave everything she had – emotionally and physically – to her family.

Giuseppina’s most treasured times were those spent with her family. As a mother, she did her best to guide her children in the right direction. As a wife, she was a dedicated companion of 67 years. She will be lovingly remembered and dearly missed by her husband Giovanni, children Sal (Brenda), Delores (Warren), Rita (Joey) and Bruno (Myra), as well by her grandchildren Sal, Michael (Stacey), Ethan, Amina, Naomi Rose and Chiara and by her great grandchildren Emily, Hunter and Will, who filled her with great joy.

She is also survived by her sister Cosma Tropiano (the late Nicola), her brother Damiano (Cosma), her sister-in-law Caterina Carchidi (the late Vito) and her nephew Raffaele Belcamino (Lena). She is predeceased by her parents Salvatore and Maria, by two of her children Raffaele and Rosetta, her brothers Raffaele (Rosetta), Bruno (Annunziata), and Antonio, her sisters Marietta and Salvatorina and her nephew Biagio Belcamino (Teresa). Giuseppina was blessed to have so many other loving relatives.

A funeral service to celebrate Giuseppina's life will be held on Monday, July 6, 2020 at St. Anthony's Roman Catholic Church. Everyone is welcome to attend the church service. The mass will begin at 2:30 p.m. Due to the current pandemic conditions, no open visitation or vigil service will be held.

As directed by the Province of Ontario and the Bereavement Authority of Ontario, the attendance at the funeral is restricted to 30% capacity or less and a record of attendance must be maintained. Wearing of masks or face coverings by everyone and maintaining social distancing of 6 feet is mandatory for those attending the services.

As expressions of sympathy, donations may be made in Giuseppina's name to the Alzheimer Society of Thunder Bay or to St. Anthony's Roman Catholic Church. On-line condolences may be made at www.sargentandson.com.

To send flowers to the family or plant a tree in memory of Giuseppina Carchidi (Monteleone), please visit our Heartfelt Sympathies Store.
Read Less

Receive notifications about information and event scheduling for Giuseppina 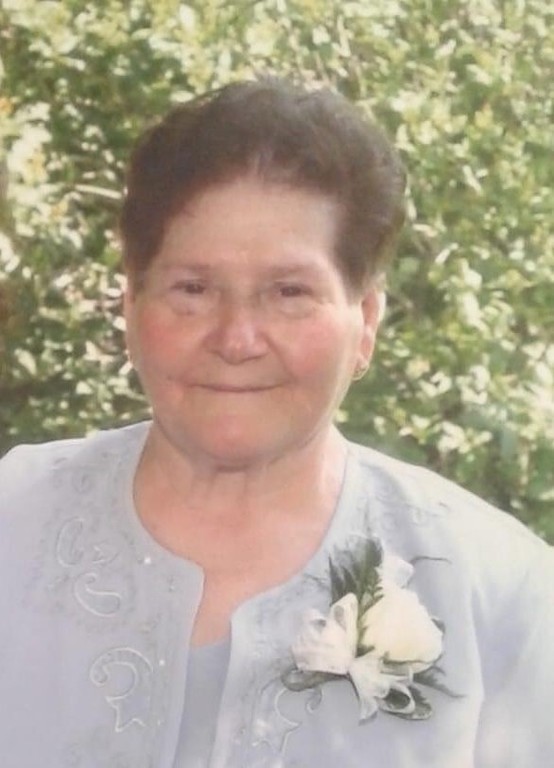 We encourage you to share any memorable photos or stories about Giuseppina. All tributes placed on and purchased through this memorial website will remain on in perpetuity for generations.

Angela Huezo, Suzanne Belcamino, and other have sent flowers to the family of Giuseppina Carchidi (Monteleone).
Show you care by sending flowers
Hand delivered by a local florist

Angela Huezo, Suzanne Belcamino, and other have sent flowers to the family of Giuseppina Carchidi (Monteleone).
Show you care by sending flowers
Hand delivered by a local florist
JH

So sorry for the loss of your mother/Grandmother. My heart is with you at this time Sal, Brenda, Sal jr and Michael. ❤️ Thinking of You and your family.
Comment | Share Posted Jul 11, 2020 at 10:31pm via Condolence
JF

Sal & Brenda and Carchidi Families:
My very deepest condolences to all. Sal there are no words that can help at this time.
I just wanted to let you know I am thinking of you and your family.
You are in my prayers and thoughts.
God Bless.
Comment | Share Posted Jul 06, 2020 at 08:40pm via Condolence
J

Sending the entire family our deepest condolences. Thinking of you all at this very difficult time. Love, Jimi and Warren
Comment | Share Posted Jul 06, 2020 at 08:18pm via Condolence
LG

Mr. Carchidi, Rita, Delores, Bruno, Sal and families.
Extending my deepest sympathy during this difficult time of loss.
I always remember your mother's wonderful qualities of respect, kindness and generosity. She always welcomed and greeted me with a smile.
With sincere condolences,
Luisa Gallo
Comment | Share Posted Jul 06, 2020 at 06:49pm via Condolence
JS

Dear Sal & Brenda,
So sorry to hear about the passing of your mother. God Bless you and all of your family.
Love, Aunt Jean and family
Comment | Share Posted Jul 05, 2020 at 06:07pm via Condolence