To share your memory on the wall of Irene Fox, sign in using one of the following options:

Print
Irene Gertrude Barrett (Hogan) Fox, Age 91, passed into the arms of her Saviour, Jesus Christ on November 18, 2020 at Pioneer Ridge with family by her side.

Irene was born on July 14, 1929, in the village of Hymers (founded by her Grand... Read More
Irene Gertrude Barrett (Hogan) Fox, Age 91, passed into the arms of her Saviour, Jesus Christ on November 18, 2020 at Pioneer Ridge with family by her side.

Irene was born on July 14, 1929, in the village of Hymers (founded by her Grandfather George Hymers). She grew up in South Gillies along with her nine sisters and three brothers. In her late teens, she worked as a domestic for two local doctors. In 1950 she married Harry Hogan and took up residence in West Loon where they were blessed with two sons and two daughters. Harry predeceased Irene in 1961. She later married Eric Fox and they became the proud parents of two more girls. Her family was her main interest and after they were on their own, she volunteered for four years at Arc Industries before being hired for four more years. She loved scrabble and played many games during her senior years. Eric and Irene celebrated their 50th anniversary on September 11, 2012.

Besides Harry, she was predeceased by her parents William and Laura (Hymers) Barrett, 2 brothers, 6 sisters, 5 brothers-in-law, 1 sister-in-law and son-in-laws Carl and Tom.

The family would like to extend their deep appreciation and gratitude to her friends and staff at both St. Joe’s and Pioneer Ridge.

A private invitation only Funeral Service will be held on Tuesday, November 24, 2020 in the Chapel of Sargent & Son Funeral Home at 11:00 a.m. Those who wished to attend the service via livestream can do so by visiting the Sargent & Son Facebook page. Friends are invited to attend the visitation on Monday, November 23, 2020 from 5-7 p.m. in Sargent & Son Funeral Home. In lieu of flowers donations will be welcomed by the Pass Lake Fire Department (PLFD01@gmail.com). Wearing of masks or face coverings by everyone and maintaining social distancing of 6 feet is mandatory for those attending the services. Online condolences may be made at www.sargentandson.com.
Read Less

To send flowers to the family or plant a tree in memory of Irene Gertrude Fox, please visit our Heartfelt Sympathies Store.

Receive notifications about information and event scheduling for Irene

We encourage you to share your most beloved memories of Irene here, so that the family and other loved ones can always see it. You can upload cherished photographs, or share your favorite stories, and can even comment on those shared by others.

Robert, Carole and Family Desjardins and Yves , nicole whissell and family. sent flowers to the family of Irene Gertrude Fox.
Show you care by sending flowers

Posted Nov 25, 2020 at 01:41pm
Aunt Irene will surely be missed by many. We've all been blessed with her presence at numerous family gatherings. Our prayers go out to the entire family on this saddened occasion. Fill all your hearts with joyous memories shared. We all have been blessed just by knowing such a wonderful woman, she will be missed.
Bob and Lynda Felbel
Comment Share
Share via:
G

Posted Nov 24, 2020 at 11:32am
George and Leeann Cherwonick Our heartfelt condolences go out to all of Aunt Irene’s family and friends! George has many fond memories of weekend and extended visits out at Loon lake, both summer and winter times. We are so glad that we had a number of chances to see and talk to her at Pioneer Ridge in the last few months. We will miss her dearly.
Comment Share
Share via:
BS

Posted Nov 23, 2020 at 03:01pm
We were sad to hear the news of our friend Irene's passing. We are sending hugs from all your Bingo friends
at St .Joseph's Hospital : Ann , Sandra, Sheila and Dana
Thinking of you Eric and family.
Comment Share
Share via:
SF

Posted Nov 23, 2020 at 12:48pm
Sending all our love to Aunt Irene,s family, always enjoyed speaking with her. She will leave a void in your lives but I know you all have your special memories in your hearts. Love and prayers for all of you💕. Garry and Susan Felbel
Comment Share
Share via: 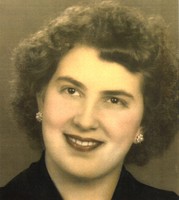