To share your memory on the wall of Irene Nickerson, sign in using one of the following options:

Provide comfort for the family by sending flowers or planting a tree in memory of Irene Nickerson.

Provide comfort for the family of Irene Nickerson with a meaningful gesture of sympathy.


Irene was born in Kenora, Ontario, on March 15, 1926 to William Henrik Forstrom, an immigrant from Sweden, and Olga Maria Pearson Forstrom. She grew up with her three beloved siblings and a large extended family of Swedish heritage.

After graduating from Kenora District High School, she boarded the Canadian and traveled to Toronto to attend the Ontario College of Pharmacy, graduating in 1947 as one of only a handful of female pharmacists in her class. She began her career at Walkey’s Drugstore in Kenora, took a lengthy break to raise her family, and then returned to her profession, enjoying fulfilling years as a pharmacist at Ridgeway Clinic, Dawson Court and Bourke’s Red River Road in the 1970s and 80s.

She married John Nickerson, her high school sweetheart, on December 30, 1949 at the Forstrom home in Kenora. They were devoted partners for over 60 years, until John’s passing on September 9, 2010.
Upon John’s graduation from Queen’s University medical school, they settled in Port Arthur (Thunder Bay) in 1954 and raised their family of six children at their home on North Algoma Street. When the house got too big, they spent twenty-five happy years at Maplecrest Tower.

Irene’s quiet strength was the foundation of our family, and she taught us by example about kindness, selflessness, commitment to family, hard work, courage and the value of education.
Irene and John spent most of their summers at their camp at Silver Beach, but also loved to revisit their Kenora roots at the family camp on Lake of the Woods. They enjoyed winter trips to Barbados and cross-country skiing at the farm on Silver Falls Road. When Irene could find time, she also enjoyed curling, bridge and golf. She made friends wherever she went and treasured her many long-term friends.
After John’s death, Irene lived at Chartwell Glacier Ridge, where she was well cared for by the staff and homecare providers from ParaMed.

Archdeacon Deborah Kraft of St. Paul’s Anglican Church will lead the family in online prayers privately, and the interment of ashes and a Celebration of Life will be held when it can be done safely.
Irene was a long-time client of the Canadian National Institute for the Blind (CNIB). Please consider donating to the CNIB in Irene’s memory. Donations made in Memory of Irene Nickerson will be directed by the CNIB Foundation to support services in Thunder Bay. You can drop off a cheque payable to CNIB at Sargents; or make your gift online at cnib.donorportal.ca; or donate by phone at 1-800-563-2642; or you can mail a cheque to Canadian National Institute for the Blind, 1929 Bayview Avenue, Toronto, ON, M4G 3E8.
Condolences may be offered to the family at Sargent & Son Funeral Chapel at
www.sargentandson.com.

Receive notifications about information and event scheduling for Irene 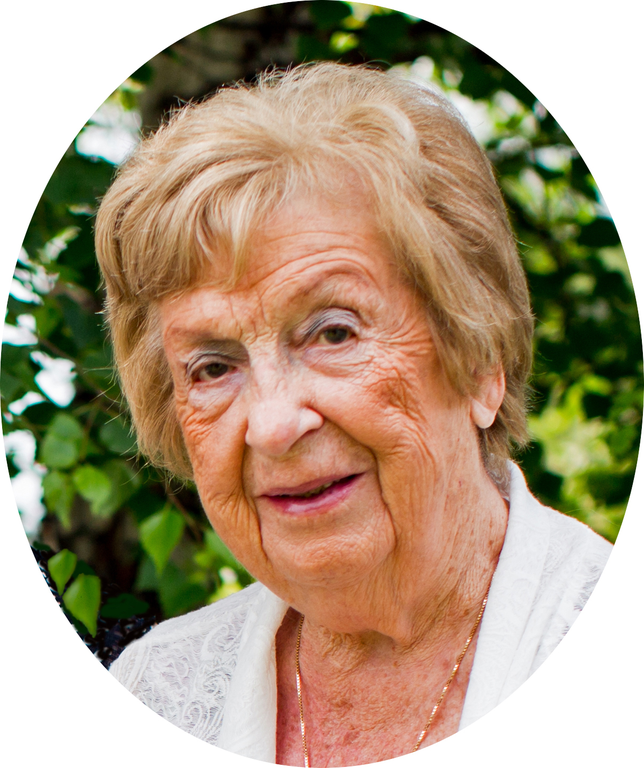 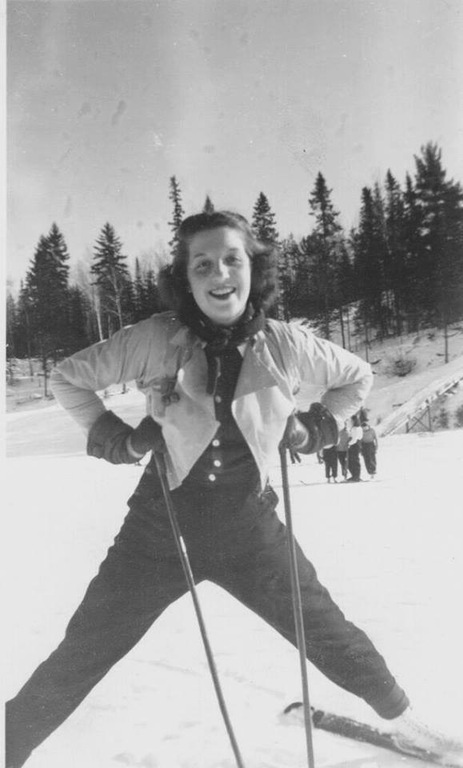 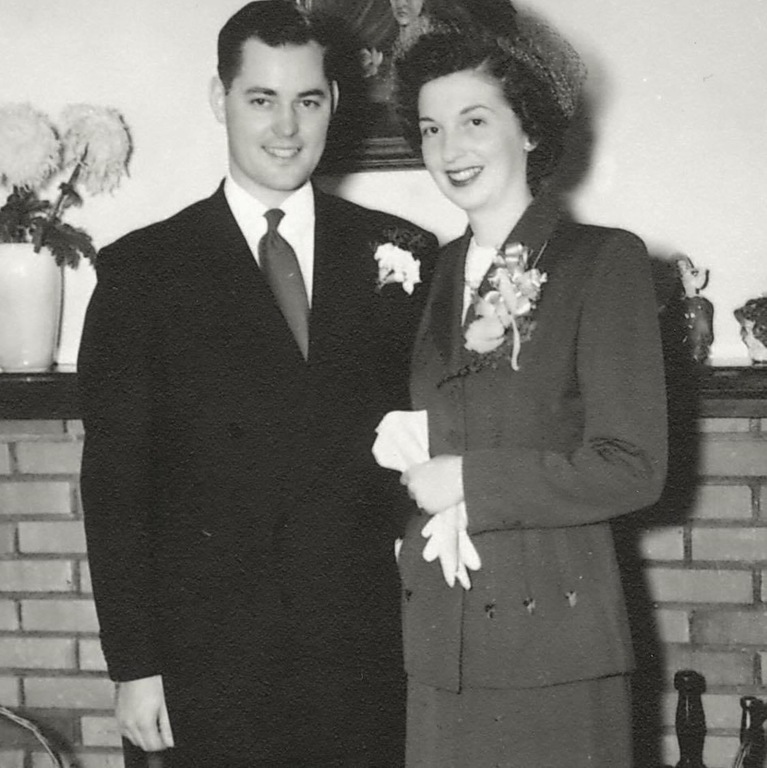 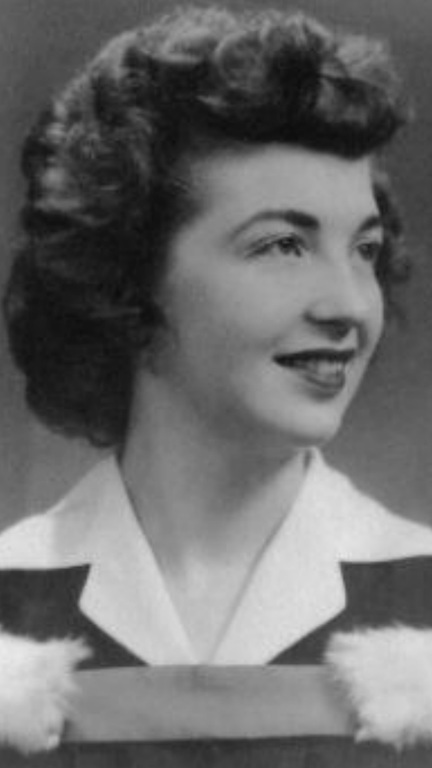 We encourage you to share any memorable photos or stories about Irene. All tributes placed on and purchased through this memorial website will remain on in perpetuity for generations.

Honor the life of Irene Nickerson (Forstrom) by planting a memorial tree.
Plant a Tree in Memory of Irene
Planted in the area of greatest need

Nickerson Family: What a fine lady the world has lost. She was a wonderful human being. I am saddened to hear about your mom, grandma and aunt. She will be missed by many. Love Cherie Kok
Comment | Share Posted Jan 18, 2021 at 01:49pm via Condolence
LA

I had the pleasure of meeting Mrs. Nickerson many years ago when I spent some time in her home on Algoma Street surrounded by her family. Although I could not articulate my feelings for her then, I recognized years later the strength, grace, kindness, and class that Mrs. Nickerson possessed. There is a saying that states: "you may not remember what a person said; you may not remember what a person did; but you will always remember how a person made you feel." To this day I have not forgotten her kindness and how she made me feel at the time...a welcome part of her family.
Comment | Share Posted Jan 12, 2021 at 10:17am via Condolence
DM

To Debbie and Paul:
We are very sorry on the loss of your Mother. Our deepest condolences go out to you and all the family. Sincerely, Darryl and Bill
Comment | Share Posted Jan 11, 2021 at 02:21pm via Condolence
FF

Our deepest sympathies for your loss.She was a dear friend and Francie loved her dearly
Comment | Share Posted Jan 10, 2021 at 12:33pm via Condolence
MC

Debbie, Paul and Family
Sincere condolences to you and your family on the loss of your mother. May your memories always bring a smile to your face.
Malcolm and Sharon Clark
Comment | Share Posted Jan 10, 2021 at 11:58am via Condolence