To share your memory on the wall of Jerry Sottile, sign in using one of the following options:

Provide comfort for the family by sending flowers or planting a tree in memory of Jerry Sottile.

Provide comfort for the family of Jerry Sottile with a meaningful gesture of sympathy.

Ciriaco Sottile, son, brother, devoted husband, proud father of two daughters, uncle, and friend to many, passed away at home on Monday, October 19th, 2020, in Thunder Bay, Ontario. He was 83.

Jerry, as he was known to most, was happy to meet new people, ready with a smile and witty story, and glad to help anyone at any time. He loved being around his family and friends, and he loved cars and good food. Jerry would often break into song. He was the life of the party and loved to make people laugh. He had a remarkable memory and enjoyed telling detailed stories about the many things that happened to him in his eventful life.

The third of the seven children of Francesca (née Sapienza) and Vincenzo Sottile, Jerry was born in Belvedere Marittimo in the province of Cosenza in southern Italy.

Jerry’s early childhood took place along the shores of the Tyrrhenian Sea. Life was tough but full of adventure. Jerry was eager to get going in the world, to learn new things, to have new experiences, and to help his family. His father aptly called him Grillo (grasshopper) because he was always on the move. From the beginning, it was family first for Jerry. He was proud of his parents, and he and his siblings were always watching out for one another as they all sought to survive the tough conditions of wartorn Italy.

Jerry’s youth continued along different shores, those of Lake Superior in Canada, when his family immigrated to Port Arthur in May 1951. Jerry embraced his adopted home as thoroughly as anyone could. He immersed himself in the culture and committed himself to being Canadian. Jerry learned quickly from his experiences. He used to read anything and everything to learn English. He loved to tell stories about his early life in Port Arthur when the family lived on First Avenue and then Ruttan Street.

At the same time, Jerry never forgot his Italian roots and was always proud of them. He loved talking about Italy. He was a lifelong member of the Italian Society of Port Arthur. The Italian Cultural Centre was his home away from home; he helped organize and volunteered at spaghetti suppers, golf tournaments, and the annual Festa Italiana.

Throughout his younger years, Jerry was very social and keen to gain experience. He tried his hand at many different jobs, and some took him away from Port Arthur. But Jerry loved the Lakehead and never liked being away from it for very long. When away, he missed the sights and scenes, the streets where he grew up, and, most of all, his friends and his active social life.

In the late 1960s, during a trip to Italy, Jerry made a life-changing decision. Soon after returning home, he proposed to the love of his life. On May 24th, 1969, Jerry and Loretta (née Heath) were married at St. Anthony’s Church, surrounded by their family and friends.

Jerry and Loretta had two daughters, Kathleen and Caroline, and settled into family life on Theresa Street in Grandview, a home that Jerry owned for 40 years. Although Jerry enjoyed his social life, he was a family man at heart, a loving husband, and a great dad. He acquired a new nickname, one that stuck for the rest of his life, when his daughters dubbed him Puppi. Puppi was very proud of his daughters and their achievements. He was always giving life lessons, urging his girls to try things out and, of course, to be careful. He also gave great advice for buying a car!

Each of Jerry’s nieces and nephews had a special place in his heart. You’d often catch him telling stories of their accomplishments. He was proud of the tight bonds within his extended family.

Jerry had many friends. He met some of his closest friends when he first moved to Port Arthur and maintained many of these friendships for 70 years. He built more friendships through the clubs that he joined and the activities that he participated in. He not only volunteered as a member of the Italian Society of Port Arthur, but he also volunteered at St. Anthony’s Church. He was a long-serving usher, and he was a member of the Holy Name Society.

He was a sports enthusiast. In his youth, he enjoyed playing soccer and bowled competitively. He continued bowling and took up golf. He loved watching sports and talking about them. He also loved cars, eating a good meal, and playing cards.

He loved to share detailed stories about his life. He told these with great liveliness and intensity. He had a seemingly encyclopaedic memory for what people wore, the time of day of an event, and the meals that were enjoyed. His sense of smell was unparalleled. He could walk into your house and tell you exactly what you were cooking. He even knew when it was plain white rice.


Jerry created an impressive resume over the years. He helped his aunt deliver milk and worked as a scarecrow in farmers’ fields. When he came to Canada, he continued to find jobs to help support his family. He delivered telegrams, sold papers, and set pins at City Rec. He maintained grain elevators, sailed the Great Lakes, and worked on the canals. Eventually, he settled into a career in the parts department at Dominion Motors where he worked for 42 years, retiring in 2002.

Retirement gave Jerry more time for his social life at the hall and church and for golf, bowling, and cards. During this time, he met Eva, his companion, and they regularly spent time in Port Charlotte, Florida. Jerry really enjoyed making Eva laugh, giving her flowers, and he loved her cooking.

In early 2019, Jerry was diagnosed with pancreatic cancer. He did his best with this last challenge of his life, a hard-fought battle, and he surprised the doctors many times with his resilience.

Jerry will be lovingly remembered by many. He leaves behind daughters, Kathleen and Caroline (Rick); brothers Danny and Sante (Irene); sister Mary Polhill (Brian); sisters-in-law Netty, Cheyne Price, and Sherley-Ann Smith (Jim); brother-in-law Gerald Heath (Beverly); Harvey Fedell; his numerous nieces and nephews and many great nieces and nephews who he considered his grandchildren; as well as his companion of 17 years, Eva Tucci.

Jerry and his family thank the staff at Thunder Bay Regional Health Sciences Centre-Cancer Care for all their expertise, help, and support. In particular, they thank Dr. Del Paggio, Dr. Ramchander, and Dr. Bezanson; the St Elizabeth nurses for their care and support over the last year and a half, especially Ashley, Mitch, Madison, Sydney, Tammy, and Caroline; and the VON PSWs, especially Rhonda, for all of their assistance.

To acknowledge the wonderful care that he received, it was Jerry’s wish to make a contribution to the Regional Cancer Centre. For this reason, the family asks that in lieu of flowers donations be made in Jerry’s memory to Thunder Bay Regional Health Sciences Foundation’s Northern Cancer Fund.

Jerry may not have been large in stature, but he was bigger than life in personality, a friend to all, feisty, a charmer, and, above all, generous. Ciao ciao.

To send flowers to the family or plant a tree in memory of Jerry Sottile, please visit our Heartfelt Sympathies Store.
Read Less

Receive notifications about information and event scheduling for Jerry 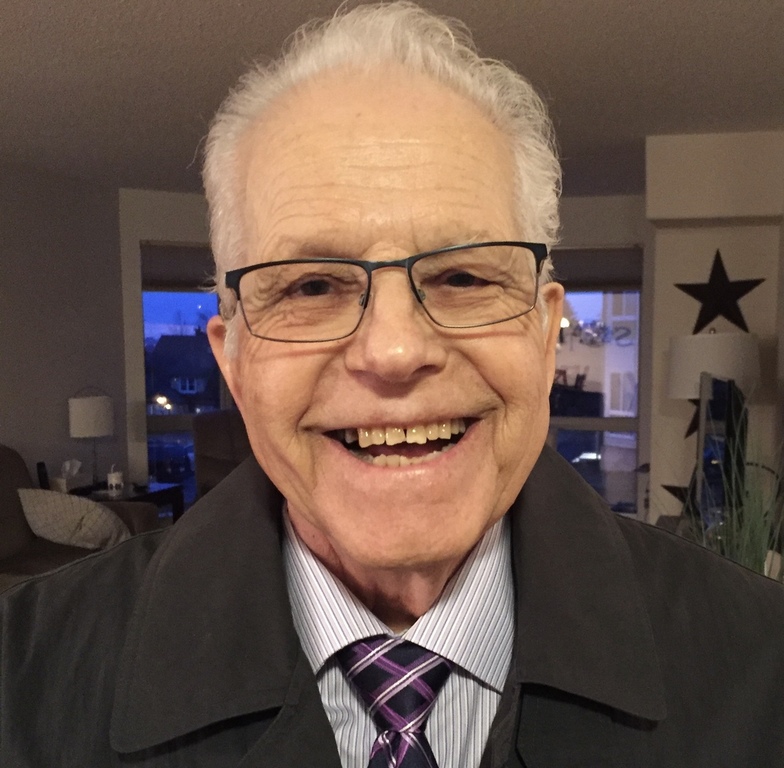 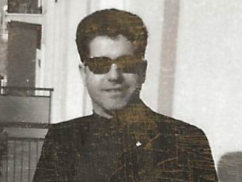 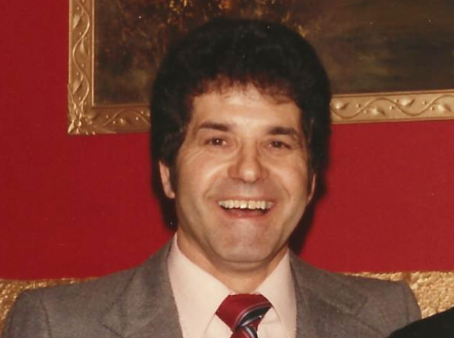 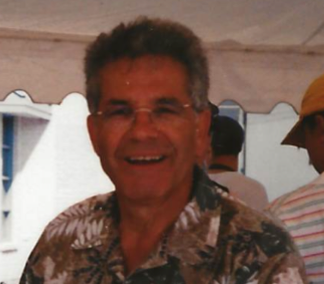 We encourage you to share any memorable photos or stories about Jerry. All tributes placed on and purchased through this memorial website will remain on in perpetuity for generations.

Kathleen and family,
Sorry for your loss and thinking of you
at this sad time. May memories comfort you.

I nostri piu cinceri condoglianze dalle famiglie Giorgio Milano & Gaetano Milano, Jerry was an amazing man great friend, Jerry was always tere to help me when he worked at Dominion Motors & the help he gave me, I can go on & on, great man, Caro amico Jerry riposa in pace Ciao Ciao
Comment | Share Posted Oct 27, 2020 at 09:36am via Condolence
CS

Our brother Jerry Sottile, was one of those members of the Italian Society of Port Arthur, who lived the purpose of mutual benefits to its members and the community.

Interesting enough, is that we would often see Jerry at Saint Andrew's Cemetary, visiting the grave of his first wife, Loretta Heath, mother to his two children, Kathleen and Caroline.

On behalf of many we would say Jerry there are many of us who would liike to thank you for trying to make a positive+difference in the community, and even with all of lifes challenges, you did it with a smile.

Kathleen & Caroline - thinking of you both at this sad time. Gerald has so many memories of Jerry in their younger years.
Uncle Gerald and Bev
Comment | Share Posted Oct 26, 2020 at 01:18pm via Condolence
SF

I have known Jerry since 1964. Jerry has been a great collaborator with the Executive of the Italian Society. His assistance in events and Festa Italiana and at St. Anthony's has always been invaluable. He always hugged me when we met. I have been following his illness with regret. Your mother was also a great woman. My sincere condolences. We will miss him.
Comment | Share Posted Oct 25, 2020 at 09:53am via Condolence