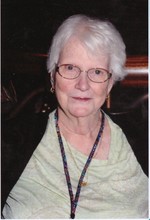 It was a long, tough battle, but Mom passed away peacefully, with her family by her side, in the early morning of January 4th, 2020. She was born Mary Beverly Joan Kelty on August 31, 1936 in Kapuskasing. When she was young, her family relocated to St. Catharines/Welland. In 1953, she married Charlie, the guy she said had a big ego and she’d bring him down a peg or two lol. Together they raised 5 daughters and had lots of fun but Dad always got the bathroom first!! And they were ecstatic when the grandchildren started coming along. Mom was a baker extraordinaire, always had something in the oven and we especially loved her chocolate chip cookies - even though she was a little chintzy with the chocolate chips. Dad loved her lemon pie - definitely made from scratch because he once broke a tooth on a lemon pit! His favourite were her butter tarts. We lost Dad in December 2012, just months short of 60 years of marriage and so began a new era for Mom. It was after dad passed that we realized that mom wasn’t remembering things so well. After living for a few years with her daughter Marilyn (Hans - who took such good care of mom, took her to bingo, made sure she was comfortable), mom went to live at Hogarth Riverview Manor where she continued to deteriorate. The family thanks the wonderful staff and volunteers of Birch Unit for their loving, attentive care especially in her final days. We are most grateful. Alzheimer’s is such an ugly disease. It was so hard to see her that way, one time she’d recognize you, the next time she wouldn’t. She is in a much better place now, she’s with dad and likely has a pie in the oven for him while they’re playing poker with her dad and her sisters. She leaves behind her 5 daughters, Joanne Dahl (Bruce), Marilyn Schiffer (Hans), Laurie Richards (Bob), Denise Wilson, Terri Wooten (Darwin), numerous grandchildren, great grandchildren and one great-great grandchild. She is also survived by her sisters Marylou Scholl, Cathy Nelson (Wayne) and Glenda Hillier (Dave), many nieces and nephews. She was predeceased by her husband, Charlie, her parents Eddie and Bea, an infant granddaughter, her brother Peter, her sisters Marilyn and Laura, brother-in-law John Scholl and many other family members.
A funeral Mass will be held on Thursday, January 9, 2020 at St. Margaret’s Church at 11 a.m. Luncheon will follow the Mass. Visitation will be held on Tuesday, January 14, 2020 at the GEORGE DARTE FUNERAL HOME, 585 Carlton St., St. Catharines from 11 a.m – 2 p.m. with a prayer service at 1:45 p.m. followed by a luncheon. Following the luncheon, Mom will be reunited with Dad in Victoria Lawn Cemetery. Mom will be reunited with Dad in Victoria Lawn Cemetery in St. Catharines in the coming weeks. In lieu of flowers, donations to the Alzheimer’s Society of Thunder Bay or to the charity of your choice would be appreciated.