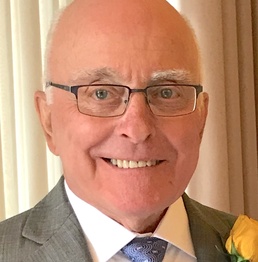 In profound sadness, the family of John Gordon Bird, a resident of Thunder Bay, wish to announce his passing at home on Wednesday, October 12, 2022 at the age of 81 after a complicated illness. He is survived by his wife Sandy of 53 years, son Andrew (wife Ann Stockford, daughters Kaitlyn & Ellaina) living in Ottawa, and daughter Cindy (husband Anthony Bergamo, daughters Samantha & Sophie) in Thunder Bay; his brother George Bird and sister-in-law, Grace Bird, of West Vancouver, and their children and families; sisters-in-law Myrna Leblanc (Richard), Wilma Timko (Ken), and Leah Salini (Joseph) and their families. John is predeceased by his parents Alice and Gordon Bird, mother-in-law Beatrice Lysnes (William), and several additional relatives.

John was born in Toronto on June 24th, 1941. The family lived in Montreal and Terrace Bay until finally settling in Thunder Bay in 1949. He attended St. Andrew’s Catholic School and Port Arthur Collegiate Institute. He went on to earn a Bachelor of Arts (English) at Lakehead University graduating in 1974 and a Master of Education (Administration) in 1989 where he was awarded the Deans Gold Medal for academic excellence. John achieved his teaching qualifications adding specialist certificates for vocal and instrumental music, and finally completed his Principal qualifications.

Post-retirement, he worked for Elections Canada as an Assistant Returning Officer for the federal elections held in 2000, 2004, 2006, 2008, and 2011. He also served on the Board of Directors for the St. Joseph Foundation. Most importantly, in line with his passion for music, John served as the Senior Choir Director at Corpus Christi Church from for 25 years.

John was a husband, father, grandfather, brother, friend, musician, educator, curler, golfer, and general sports enthusiast. His spare time was filled with a variety of interests. Following the music theme, he sang with the Fort William Male Choir for 22 years and he competed with the choir in the 1967 (Centennial) National Championships. The final 3 years of his membership, he fulfilled duties as Assistant Conductor.

John loved to exercise his musical talents in many ways. While teaching at St. Ignatius, he functioned as Musical Director for their stage productions, inspiring students to use their voices. Productions included Oklahoma, Oliver, Music Man, and The Boyfriend. He also stepped onto the stage himself, acting and singing in the musical production Fiddler on the Roof with the Choral Group.

The highlight of his musical endeavours was performing with the jazz band, “Bottom of the Barrel,” playing trumpet for several years. He was dedicated to practicing on a daily basis for the band’s engagements always seeking perfection.

Away from the music scene, he loved sporting endeavours including skiing, golfing, and sailing, the most significant accomplishment being an overnight sail to Bayfield, WI. Most important, he spent a lot of time at the curling rink! His competitive curling career reached a peak in 2011 when he won the Northern Ontario Masters championships and represented the region at the provincial playdowns.

While these interests kept him busy, his love for family reached new levels in 2007 when his first grandchild was born and he quickly became known as “Buppa.” There was no doubting how much John loved his four granddaughters! His face would light up any time they ran in the house to see him, or they phoned and used FaceTime to connect. He took significant interest in both their school news as well as the various activities and sports in which they participated.

The love of family ignited a long-standing desire to unite the families of both he and his brother. Together with George, they organized a 3 generational (re)union in 2017 at Tofino and Whistler with 30 family members in attendance. In order to ensure the families remained close, he inspired his daughter-in-law, Ann, to arrange another reunion in 2019 in P.E.I. and Nova Scotia.

These trips checked off a large item on his “bucket list.” The list of long-standing wishes had started to be fulfilled years earlier when he travelled with friends to Green Bay, Wisconsin, to attend a Green Bay Packers football game at Lambeau Field. He and Andrew fulfilled another dream by attending the Formula 1 race weekend in Montreal. Additionally, John, Sandy, Andrew, and Ann attended a home game at the Bell Centre for the Montreal Canadiens.

John and Sandy thoroughly enjoyed retirement travelling to Italy including a Mediterranean cruise, and a wonderful trip to the Hawaiian Islands. Spending time with Anne and Dwight in Naples, FL during winter months was also a highlight.

The family is grateful to the medical professionals who attended to John’s health needs: cardiologists Dr. Lai, Dr. Sadreddini, and Dr. Stadnick (Ottawa Heart Institute), respirologist Dr. Shapera (Toronto), and dermatologist Dr. Linzon-Smith (Toronto). All in all, quite a team! Very special thanks to Dr. Chris Allison, family physician and friend for over 50 years!

The funeral mass will be celebrated at Corpus Christi Church on Wednesday, October 19, 2022 at 10:30am with a reception at the Sargent Family Reception Centre following. Visitation will be the day prior on Tuesday, October 18th at Sargent and Son Funeral Chapel from 5:00pm to 7:00pm with prayers following. Both the Prayers and Mass will be live-streamed on the Sargent and Son Facebook page. Donations in lieu of flowers can be made to the St. Joseph Foundation at sjftb.net.