To share your memory on the wall of John Sawchuk, sign in using one of the following options:

Provide comfort for the family by sending flowers or planting a tree in memory of John Sawchuk.

Provide comfort for the family of John Sawchuk with a meaningful gesture of sympathy.

It is with heavy hearts that the family of John Dmytro Sawchuk, age 86, announce his passing on Friday, February 5th, 2021 at the TBRHSC. John was born to Bill and Anne (Horocholyn) Sawchuk on November 10, 1934 in Arran, Saskatchewan.

Jo... Read More
It is with heavy hearts that the family of John Dmytro Sawchuk, age 86, announce his passing on Friday, February 5th, 2021 at the TBRHSC. John was born to Bill and Anne (Horocholyn) Sawchuk on November 10, 1934 in Arran, Saskatchewan.

John's long life was one of accomplishment, enjoyment and loving pride. He moved from Roblin Manitoba to readily accept a business opportunity in the rugged frontier town of Thompson, Man. From there, he moved to Dauphin, Man. and eventually (1967) he moved his family to Thunder Bay to successfully establish a Chimo Building Centre franchise. Summer rituals were spending time with his family going on camping trips to Provincial parks, Detroit Lakes, North Dakota, the West coast and Swan River, Man. A highlight for John was taking his family to the 1976 Olympics where Bill, his son, represented Canada in speed swimming, at the age of 17. John also enjoyed tending to his Arabian horses and was a long time member of the FWCC. Upon retirement, John and Shirley spent their winters in San Antonio, Texas where many wonderful friends and memories were made. As a "Papa, Grandpa and Gigi", John adored his grandchildren and great-grandchildren immensely. He savored every moment with them and they, in turn, revered him. John deeply treasured family as self-evidenced by treating all family members to a memorable Alaskan cruise in 2010. He was a loving, generous and thoughtful patriarch until the end. We will miss him, terribly.

Our thanks go out to Dr. Matthew Ingves (you were a gift to our family); Dr. Kevin Ramchander; Dr. Claudio Commisso; Diabetes Health Thunder Bay; Center for Complex Diabetes Care; Northwest LHIN, Bayshore nurses and PSW's; Safeway Pharmacy staff and a special thanks to Nurse Mike from the ICU.

Cremation has taken place and no service will be held at this time, due to the current circumstances. If you so desire, donations in John's memory would be appreciated to TBRHS Foundation - Vascular Surgery Program, in honour of Dr. Matthew Ingves. Arrangements have been entrusted to Sargent and Son Funeral Chapel.

Receive notifications about information and event scheduling for John 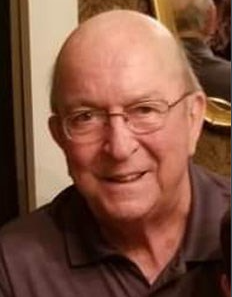 Honor the life of John Dmytro Sawchuk by planting a memorial tree.
Plant a Tree in Memory of John
Planted in the area of greatest need
DS

So sad to hear this news. Uncle John will always have a special place in my heart. Rest in Peace and condolences to the family. David & Grace Spofford
Comment | Share Posted Feb 23, 2021 at 05:34pm via Condolence
RG

To Shirley and family: I offer my deepest condolences to you. While I never got to meet you or John, my late husband-Adrian (AJ) George-would go golfing with y'all. He thoroughly enjoyed visiting and golfing with y'all when you were in San Antonio. May the memories of John be a Blessing.
Comment | Share Posted Feb 16, 2021 at 08:33pm via Condolence