To share your memory on the wall of Jon Achneepineskum, sign in using one of the following options:

Jon was born in Geraldton on April 18, 1984. He was a loving father, partner, son, brother, and friend. Family meant everything to him. He loved his daughters with all his heart. He was a great storyteller who knew how to paint the scene to make you feel like you were there with him. He was a hard worker who would make sure the job was done right no matter how long it took. He loved fishing, hunting partridge, camping, watching shows about bigfoot, travelling, singing, storytelling, teaching his girls outdoor skills, and being in the bush. If it was up to him, he would have built a cabin and lived the traditional way of life.

Visitation for family and friends will be held on Thursday, October 8, 2020 from 5:00pm to 7:00pm at Sargent & Son Funeral Home, 21 N. Court Street. Funeral service will be held Friday, October 9, 2020, where afterwards he will be transported to Lake Helen Reserve to be laid to rest.
Read Less

To send flowers to the family or plant a tree in memory of Jon "Jon Aye" Achneepineskum, please visit our Heartfelt Sympathies Store.

Receive notifications about information and event scheduling for Jon

We encourage you to share your most beloved memories of Jon here, so that the family and other loved ones can always see it. You can upload cherished photographs, or share your favorite stories, and can even comment on those shared by others. 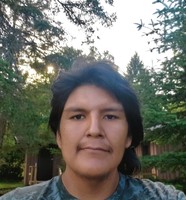 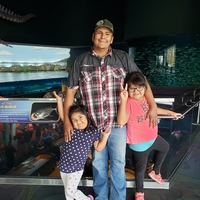