To share your memory on the wall of Leona McLean, sign in using one of the following options:

Provide comfort for the family by sending flowers or planting a tree in memory of Leona McLean.

Provide comfort for the family of Leona McLean with a meaningful gesture of sympathy.

“Leona” Anna Reta McLean, aged 93 years, passed away peacefully on April 19th, 2021 at St Joseph’s Hospice, in the loving company of her family.

Leona was born in Virden Manitoba on March 16th, 1928 to Arthemise and Theodore Vaill... Read More
“Leona” Anna Reta McLean, aged 93 years, passed away peacefully on April 19th, 2021 at St Joseph’s Hospice, in the loving company of her family.

Leona was born in Virden Manitoba on March 16th, 1928 to Arthemise and Theodore Vaillant. Raised in a warm and caring family Leona was the eleventh of fifteen children. The onset of the Great Depression, coupled with crop failures, compelled the Vaillant family to move to their grandfather’s dairy farm in Murillo, Ontario when Leona was two. She and her siblings helped on the farm, which shipped milk to the Port Arthur Dairy Coop. In the winter excess milk was used to flood the rink.

Leona went to school at S.S #4 on John Street Road until she was fifteen years old and then it was off to the working world for Leona. One of the jobs that Leona was most proud of was her time at the Canadian Car and Foundry in Fort William, building fighter and bomber aircraft needed for the war effort. We can still hear the pride in her voice when she talked about her time and contribution at “Can Car”. Leona was married to Wilson McLean from 1949 until his passing in 1978. She resided in several neighbourhoods in Thunder Bay until finally settling in at the house on Bruce street with her sisters Ella and Ivy. It is safe to say that there was not a craft or creative outlet that Leona could not conquer. Her home was adorned with her beautiful oil paintings of flowers and landscapes, handmade jewellery boxes, and lovingly sewn quilts. Leona and her sisters were the “Quilting Queens” of Bruce Street, and she ensured that her quilts and other creations were raffled off at the Vaillant family reunions, and donated to the Thunder Bay 55+ Centre, of which she was a long-time member and contributor. Christmas time was Leona’s favourite time of the year. Not only would she generously lavish her family with gifts and sweet treats, Leona, her sisters and Debbie would decorate the Bruce street house with dozens of different types of Christmas trees; from small to large. Their house was a wonderland of lights, merriment, and the Christmas spirit.

Leona and her sisters loved tending to their flower beds and attending Saturday Yard Sales. Leona loved a good deal! And even though most of these purchases ended up in her garage, she was content in the fact that she always got her “treasures” on sale.
Leona had a terrific sense of humour and was known for her sassy retorts, infectious laugh, and radiant smiles. Leona was the benevolent matriarch of our family. She was a beloved mother to her four children, and doting grandmother to her 5 grandkids who affectionately knew her as “Nanny”. She was a kind, compassionate and patient woman who took the best care of her family and loved them with all her heart and soul. Her love and light will forever live in our own hearts and memories and can never be diminished.

Special thanks to all the staff at P.R. Cook for their extra effort and compassionate care over the past five years.

A celebration of Leona’s life will be held at a later date. Donations to the Alzheimer Society of Thunder Bay are welcome and appreciated. Online condolences may be made at www.sargentandson.com.

Receive notifications about information and event scheduling for Leona 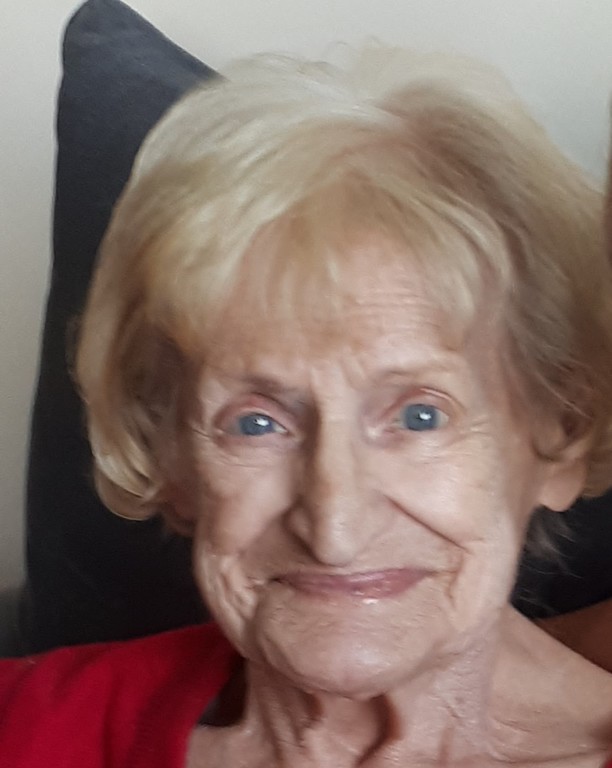 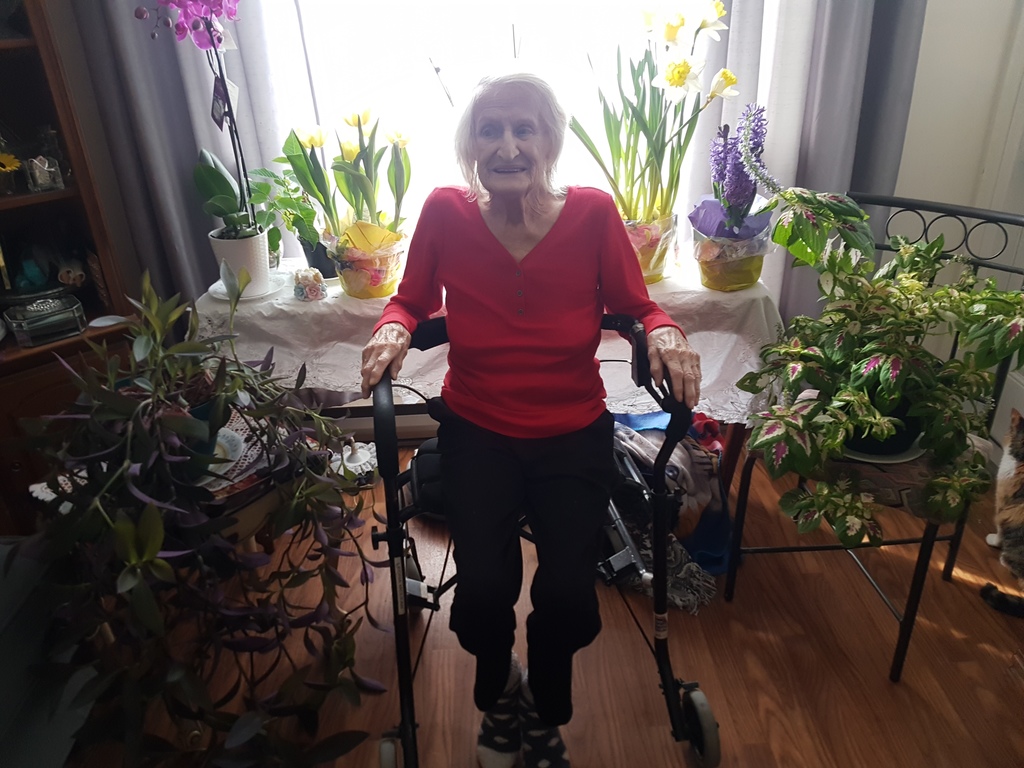 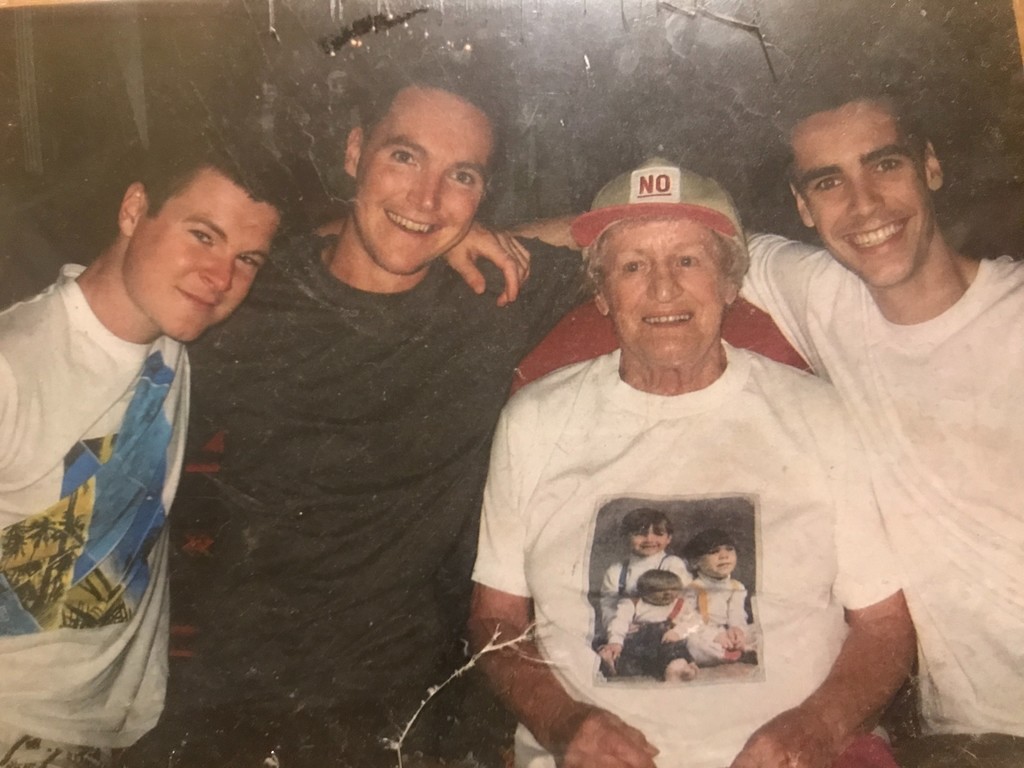 We encourage you to share any memorable photos or stories about Leona. All tributes placed on and purchased through this memorial website will remain on in perpetuity for generations.

Rob & Cathy Coburn has honored the life of Leona Reta McLean by planting a memorial tree.
Plant a Tree in Memory of Leona
Planted in the area of greatest need
R

Many fond memories of going to Thunder Bay to visit Nanny on Bruce Street. The excitement would start when we got on the plane and would build all the way up until we made it to the lane way, walking past the old Cadillacs and to the front door. We’d let ourselves in and there would be Nanny ready to greet us with a big smile and hug. “How are you my boys/how the heck/h*ll are you!?!?” she would say with great enthusiasm. Over the coming days she would spoil us rotten with shopping sprees and delicious homemade baking. Nanny had great patience with my two brothers and I, even when trying to teach us to paint, bake and quilt, all of which we failed at miserably. She took the time to share with us her passions and I am forever grateful for that, maybe one day I’ll learn how to blend correctly. Nanny taught me that unconditional love, humour and a passion for your hobbies are the keys to a happy life. I love you Nanny and miss you very much.

Leona didn’t always say a lot, about things big and things small. But she did love deeply. My most cherished memories of Leona are from her many “vacations” to our family’s home in Owen Sound. If you asked 10-year me the highlight of these weeks with Nanny, I would have told you, without hesitation, it was the shopping sprees at Zellers. “You mean I can get anything, Nanny!?” The euphoria of plastic figurine acquisition, however, has been eclipsed by another memory—my mornings with Nanny. Walking into the kitchen, abuzz with an energy belying the early morning hour, I’d be greeted with a warm, loving smile and a wall of smell: the sweet mix of freshly cut apples, oranges, bananas and just-out-the-oven baked goods (“Please let it be sweethearts,” I’d think to myself). She’d quickly shoo me from the kitchen. Sticky fingers, you know? So, I’d take up my post on the couch for morning cartoons. When the breakfast platter was ready, with her trademark artistic flair, often its contents arranged into some sort of humanoid shape, she’d shuffle towards me and present her morning’s work. We all show love in different ways. This was how Nanny loved me. I can still feel it. She loved with such care, placing it so deep inside me, that I suspect I’ll always be able to find it and feel its presence. So in a way, her love lives on.

Thank you Nanny. With love and eternal gratitude. Your favourite (hahah) grandson, Erin McLean-Purdon
Comment | Share Posted May 06, 2021 at 07:43am via Condolence
D

Dixie Siciliano
My deepest condolences to Leona’s family.
Leona & I went fly-in fishing with our husbands to Sun Lake. She was totally so much fun, enjoyed her company tremendously. I have fond memories of Leona
Comment | Share Posted Apr 27, 2021 at 09:34am via Condolence
DS

Debbie, so sad to hear of your mom's passing. Always enjoyed her upbeat attitude and wonderful sense of humor.
Comment | Share Posted Apr 25, 2021 at 12:31pm via Condolence
CP

Our heartfelt condolences to all of the McLean family on the passing of a wonderful mother, sister, grandmother and great grandmother Leona. Our thoughts are especially with Marsha, Dan, Erin, Ryan and Tyler at this sad time. We remember so well the fun, food and love that Leona brought to her Owen Sound family (and to us as well) when she visited. We have so many good memories from Owen Sound and times at the cottage with Leona. Rest in peace - a much loved and deeply caring woman has left us.
Comment | Share Posted Apr 25, 2021 at 10:01am via Condolence