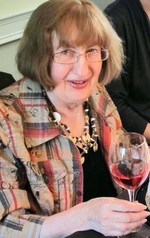 Margaret was born in Port Arthur and was a lifelong resident of Thunder Bay. She graduated from Lakehead University with a BA and taught in the Office Administration program at Confederation College.

Margaret was a lifelong lover of good books, music and delicious food. She was a pro at jellied salad, miles ahead of the pack on that dish. She was an avid traveler and could hold her own in a stimulating conversation. On the sporting side, she was also a stalwart fan of the Toronto Blue Jays (and not the St. Louis Cardinals).

Margaret had many cherished friends who will miss her dearly. She will also be lovingly remembered by her sister-in-law Barbara (in Ottawa), nephews John (Rosemary), Bill (Margaret) and Joshua, nieces Teresa (in Waterloo), Sharon (in Ottawa), and Elizabeth (in Vancouver), and grand-niece Anne (in Ottawa).

She was predeceased by her parents, John and Cecilia (nee Stevek) Zvonar, as well as by her twin brother John, and her younger brother Edward.

Funeral services will be held on Saturday, December 14, 2019 at 11:00 am in the chapel of Sargent & Son Funeral Home, 21 N. Court Street with Rev. Antoni Fujarczuk officiating. As expressions of sympathy, memorials to Parkinson Canada would be appreciated. She was also a fervent supporter of the Thunder Bay Symphony Orchestra to which donations can be made to keep culture alive. On-line condolences may be made at www.sargentandson.com.