To share your memory on the wall of Mark LeGallais, sign in using one of the following options:

Provide comfort for the family by sending flowers or planting a tree in memory of Mark LeGallais.

Provide comfort for the family of Mark LeGallais with a meaningful gesture of sympathy.

It is with great sadness that we announce the unexpected passing of Mark James LeGallais, 57, at home on March 22nd, 2020.

Mark was stubborn, hardworking and above all else kind and giving. He was born and raised in Port Arthur by his w... Read More
It is with great sadness that we announce the unexpected passing of Mark James LeGallais, 57, at home on March 22nd, 2020.

Mark was stubborn, hardworking and above all else kind and giving. He was born and raised in Port Arthur by his wonderful parents Yolande and Harold LeGallais. Mark was raised Roman Catholic and confirmed at St. Margaret church.

He played organized minor hockey for the North End Flames until high school, when his other hobbies and interests became a priority. He broke many bones, and lost many teeth, skiing at Mount Baldy, and racing motor cross. He developed a liking for turning wrenches, working on small engines. He wound up ice racing and loving it. He never really let down racing, as a Nascar fan, and short time follower of NHRA. He even bought a race car in his late years in hopes of racing one last time. It is worth mentioning that Mark loved to swim most of his life, achieving lifeguard status in his early years. Some called him Spitz, after the Olympic champion, Mark Spitz.

Mark started his education at St. Margaret Catholic School, then on to Junior High at St. Ignatius (now Bishop Gallagher). He then graduated from Lakeview Highschool (now St. Ignatius). Mark later picked up some trade certifications at Confederation College and started a small business, Marks Marine Care. This was short lived as he went on to work for the OMNR at the Thunder Bay Fire Management Headquarters as a Fire Equipment Technician for most of his career with the Ministry. Mark retired at 52 and enjoyed travelling to warm and beautiful places such as Belize and South Padres. He also liked to camp at East Bay with friends, always trying to have a good time.

Mark married Duff (McNally) LeGallais in their early-mid twenties. Years later they welcomed their two sons Justin and Dezi.
When not working, Mark spent much of his time at the local arenas quietly cheering on both Justin and Dezi at hockey games. He also enjoyed spending time with his young family at his parent’s camp on Perch Lake, near Atikoken, teaching his kids to fish, ride quads, and hunt birds. In Marks later years he fell in love with karaoke and could be seen and heard at a few bars around the city. He had a lot of fun. Mark was always respectful of his parents and caring for his family. In 2014 Mark lost his wife to a long battle with alcoholism, a very short time after losing his incredibly loving mother to cancer.

Mark struggled with alcoholism himself for much of his later years, which took its toll on many aspects of his life - most importantly his health. The disease of addiction shows no mercy. The battle he has fought and lost is a reminder to us all how important it is to seek help and help others we know who may be struggling, and to support them to the best of our abilities.
Love you Dad

In lieu of flowers the family asks that you show the ones around you that may be struggling with addiction empathy and compassion, as this disease is crippling and devastating. Please seek help and assistance if you or a loved one is struggling.

Cremation has taken place and amid current global gathering restrictions a celebration of Mark’s life will be announced and held at a later date.
Arrangements entrusted to the Sargent & Son Funeral Chapel, 21 N. Court Street. On-line condolences may be made at www.sargentandson.com.

Receive notifications about information and event scheduling for Mark 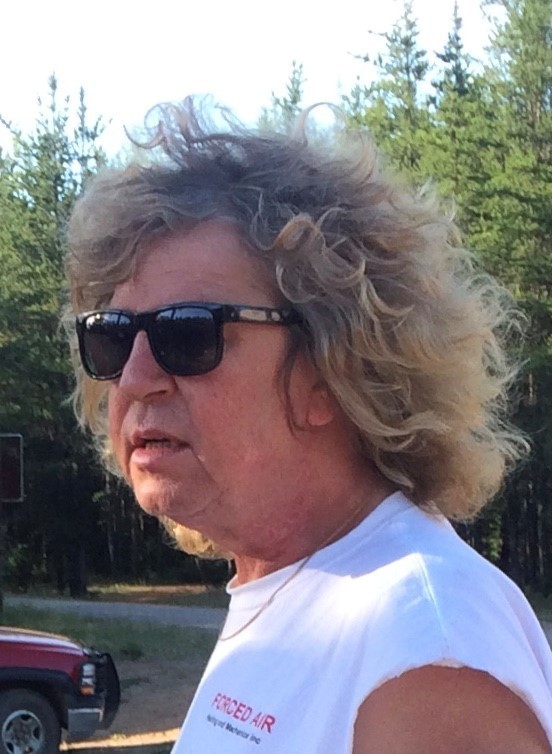 We encourage you to share any memorable photos or stories about Mark. All tributes placed on and purchased through this memorial website will remain on in perpetuity for generations.

Honor the life of Mark James LeGallais by planting a memorial tree.
Plant a Tree in Memory of Mark
Planted in the area of greatest need
R

Heartfelt sympathy to the family. Worked with Mark all the years he was with the MNR. Stand up guy. A good friend...R. Cole
Comment | Share Posted Apr 05, 2020 at 12:41am via Condolence

To all close friends and family of Mark,
We’re so sorry for your loss and keep you all in our thoughts and prayers .
Leane and Steve Edwards
Comment | Share Posted Mar 30, 2020 at 04:38pm via Condolence