To share your memory on the wall of Mary Garbutt, sign in using one of the following options:

Provide comfort for the family by sending flowers or planting a tree in memory of Mary Garbutt.

Provide comfort for the family of Mary Garbutt with a meaningful gesture of sympathy.

Mary was born in Port Arthur, ON on March 5, 1945 to parents Kenneth and Pauline Knauss. She spent her entire life in Thunder Bay where she gave birth to her only daughter, Dawn, and then soon after, met her lifelong partner, Stuart. Mary worked for Lakehead University in the library Acquisitions Department for 25 years. During this time, she also volunteered with her union OPEIU Local 81/96 where she held many executive positions and then later became the international president. She attended many national and international conventions with the union where she created many special memories. When Mary turned 50, she decided to take an early retirement, which she was very proud of. After retirement she spent most days with her daughter and three of her grandchildren. Once the kids started school Mary started volunteering there to spend more time with them. She was also a long standing member of the Royal Canadian Legion Branch 5 and was the chair of the Poppy Campaign for many years. She was extremely passionate and dedicated to our veterans and the work she was doing. Shortly after that, she started volunteering at the 55 Plus Centre assisting with various activities, events and groups. Not surprisingly, she became very passionate and dedicated to the Centre and took on multiple leadership roles serving in various capacities on the board including president for both the Thunder Bay 55 Plus Centre and the Centre’s cafe board of directors. She always poured her heart and soul into everything that she did. In April of last year, Mary was nominated for the City of Thunder Bay’s Citizen of Exceptional Achievement Award and received the Good Citizen Award for all of her outstanding volunteer contributions over the years which she was very proud of.

Mary enjoyed volunteering but more than anything, she enjoyed spending time with her family. Some of her most cherished memories were with her family spending summers together on ‘Alcatraz’, her family camp on Surprise Lake. Since she was a little girl right up until this past summer, she spent every single summer out there creating happy memories. Mary also loved travelling. During the winter months, Mary and Stu would travel South, stopping at every casino they could find along the way. Whether it was a union convention, a trip to Disney World, a cross country drive, or a weekend in Grand Marais, she was always ready for an adventure.

At this time, the family would like to thank all the dedicated staff in the Intensive Care Unit at the TBRHSC for their compassionate care of Mary during her final days. If so desired, in lieu of flowers, donations may be made in Mary’s name to the Thunder Bay 55 Plus Centre.

Online condolences may be made at www.sargentandson.com.

Receive notifications about information and event scheduling for Mary 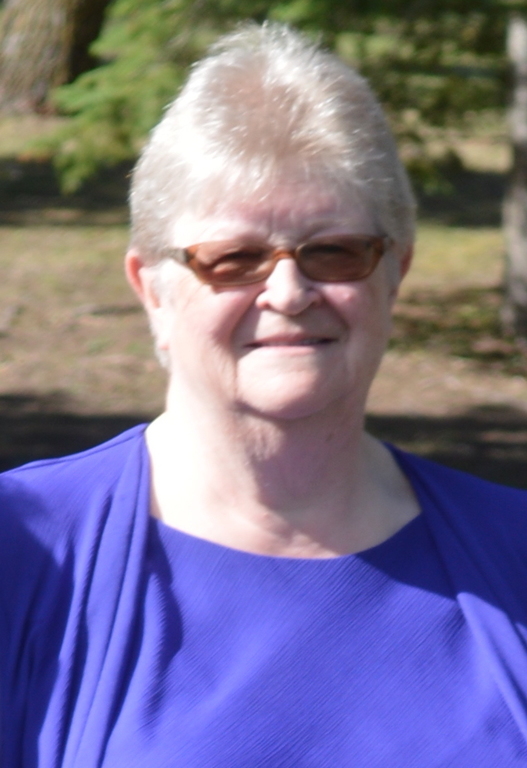 We encourage you to share any memorable photos or stories about Mary. All tributes placed on and purchased through this memorial website will remain on in perpetuity for generations.

Honor the life of Mary Donna Garbutt by planting a memorial tree.
Plant a Tree in Memory of Mary
Planted in the area of greatest need

Dear Stu, Dawn and family,
My sincerest condolences on your recent loss. I worked alongside Mary for many years at LU library and also socialized with her on a number of occasions. She was a very strong woman and accomplished so much for so many. May happy memories sustain you during this most difficult time.
Sincerely,
Lada Iwasykiw
Comment | Share Posted Dec 25, 2020 at 01:05pm via Condolence

Dawn and family, I am so sorry to hear of your mothers loss. I still remember her from when you lived at Red River Towers, then your house near Balsam Road School. Remember when you sprained your ankle jumping off the front steps while we waiter for her to come home from work? Sending you my love, Marcia Silveira (Spooner).
Comment | Share Posted Dec 24, 2020 at 01:58pm via Condolence
MH

Stu and family,
Our sincerest sympathies are with you during this difficult time. Mary was a wonderful woman, full of strength and goodness. She will be missed.
Marilyn and John Husiak
Comment | Share Posted Dec 21, 2020 at 07:06pm via Condolence
HB

Dawn, Ashley, Stephanie and Corey-- so sorry to hear of mom and grandma's passing. Our hearts go out to you all. Mary was always one of my favorite Poppy Chairs at Branch 5 growing up. She had such a true compassion for the veterans. We hope you all find comfort and strength in your family and friends. Take care and stay safe and know that we have included you in our thoughts and prayers xoxox.
Heather, Joe, Cody, Alyssa, Jordan and Claire Bouley
Comment | Share Posted Dec 21, 2020 at 10:54am via Condolence
K

I am sorry to hear of Mary's passing. My thoughts are with your family. I worked at Lakehead University - Acquisitions Department with Mary.
Comment | Share Posted Dec 19, 2020 at 04:34pm via Condolence