To share your memory on the wall of Mary Maki, sign in using one of the following options:

Provide comfort for the family by sending flowers or planting a tree in memory of Mary Maki.

Provide comfort for the family of Mary Maki with a meaningful gesture of sympathy.

Later, her career ambitions shifted, and an unrelenting desire to care for others led her to pursue a second degree in nursing at Lakehead University. It was during this time that she met the love of her life, Bob. Married in 1979, they had many adventures together, including living in Hawaii for 6 weeks, and taking an extended road trip across the U.S. before settling down and having two daughters - Stacey and Stephanie. Her nursing career was mainly involved with newborn emergencies in the neonatal ICU. She became involved with the inception of the first transporting of critical newborns by air to medical centres down east, a job she truly loved.

Melinda devoted her life to taking care others in both her professional and family life - always putting other's needs before her own. She was highly intelligent, and her wicked sense of humor and wit always made her the life of the party. She wowed everyone with her culinary skills, including making a mean cheese souffle, banana tarts, and roast beef with all the fixings. She had many interests including tennis, crossword puzzles and Patrick Swayze.

In her earlier years she was an avid synchronized swimmer and enjoyed spending summers at Loon Lake with her Mom, Dad, Jamie, and Lucinda. In later years, even as she struggled with progressive chronic illness, she continued her love for Loon with Bob and the kids up until the very end, especially visits from her best friend Kathy Ellard.

Melinda was predeceased by her parents Donald and Myrna Murrell, brother James Murrell, and brother-in-law Dieter Kostron who recently passed away. She will be deeply missed by her loving husband Bob Maki, daughters Stacey and Stephanie Maki, sister Lucinda Murrell and many extended family and friends.

Due to Covid-19, a celebration of life will take place at a later date. In lieu of flowers, donations can be made in Melinda's name to the Canadian Diabetes Association or the Heart and Stroke Foundation of Canada.

Receive notifications about information and event scheduling for Mary 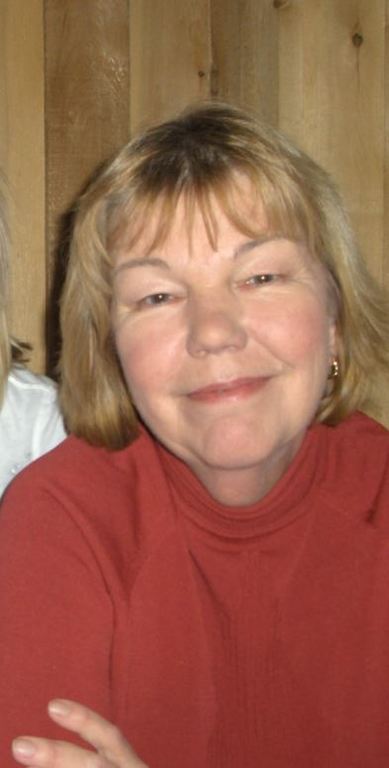 We encourage you to share any memorable photos or stories about Mary. All tributes placed on and purchased through this memorial website will remain on in perpetuity for generations.

Honor the life of Mary "Melinda" Maki (Murrell) by planting a memorial tree.
Plant a Tree in Memory of Mary
Planted in the area of greatest need
RM

Dear Bob, Liz and I were sorry to hear that Melinda had died. We learned from Bill and Susan that things had taken a turn for the worst after we left Loon.
Our thoughts are with you and your family.
Liz and Melinda grew up at Loon. You and I came along later.
Take care. We will see you in June.
Ross and Liz
Comment | Share Posted Nov 14, 2020 at 05:15pm via Condolence
AF

I'm so sorry to hear of your mom's passing. I wish you all healing and a lifetime of happy memories.
Comment | Share Posted Nov 11, 2020 at 08:20am via Condolence

Dear Bob and family: Bill and I are so very sorry for your loss. Mel was truly a wonderful person. She will remain always in our hearts.
Comment | Share Posted Nov 07, 2020 at 09:08pm via Condolence
AL

Dear Bob. I can distinctly remember your wedding announcement in the Chronicle Journal thoe many years ago. Wishing you all peace and the comfort of many many happy memories.
Comment | Share Posted Nov 01, 2020 at 08:45am via Condolence