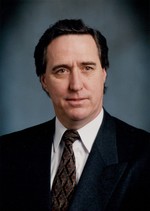 Michael (‘Dad’, ‘Mikie’, ‘Socks’) Edward Banks Smith, born April 20, 1950, passed away unexpectedly, but peacefully at the Thunder Bay Regional Health Sciences Centre on August the 12th, 2020 at the age of 70.
Michael, the son of Ernest and Margaretta grew up in Hamilton, Ontario with his younger brother Brent. At age 21 he moved to Thunder Bay (Port Arthur/Fort William) to join his father in the development and construction of Candy Mountain Ski Resort. An avid skier, Michael loved the sport. He would participate in downhill races, instruct, and promote skiing whenever he could at Candy Mountain and Mount Norway (now Big Thunder).
In 1972, Michael met and later married Patricia (Trish), daughter of James (Jim) and Olga (Rose) McCartney on May 18th, 1974. In January of 1976, they welcomed their first child Alexander (Sandy), and three years later their precious daughter Amy in March of 1979.
After leaving the ski industry, Michael spent 17 years at Greyhound Canada where he maintained a flawless driving record. He later expanded his driving role to include the position of Driver Trainer. However, after many years behind the wheel, Michael decided it was time for a change.
At age 47, Michael began his second Career at Allstate Insurance. From the moment he started he loved his new job. Meeting new people, and growing his own agency became his passion. For 14 years, he worked tirelessly despite many health setbacks. He became one of the top Agents in all of Canada, winning multiple awards, and being adored by his clients. It wasn’t uncommon to find folks who would just ‘pop-in’ to say hello or drop off treats or bottles of wine to their favorite insurance agent! In 2010, Michael was forced to take early retirement as a result of poor health.
Soon thereafter, Michael and Trish discovered the soothing, warm, dry deserts of Arizona and began to spend their winter months in Maricopa. It was there they discovered a new found family and shared many enjoyable hours with them. Although their winter home was more like a Bed and Breakfast with family and visitors from all over, they never minded. Everyone was always welcome, and it was all Michael would talk about…”when are you coming to visit?” When not spending time as a Snow Bird in Arizona, Michael was always eager to help Sandy and Lori with Caribou Coach or show up to help Amy and Alain during their new home build.
Life was often a struggle as Michael suffered greatly throughout his adult life from many complicated diseases. As much as his illnesses would often put a damper on day-to-day life, he loved spending time with Trish and his kids. It never seemed to matter how awful he felt on a given day, he was always up for some laughs and bantering as long as it meant he got to spend time with the ones he loved most…especially if it happened to coincide with a break from working in the yard or chores around the house.
A fitting end to Michael’s life will be a family weekend full of all the things he loved so much.

“Loved with everlasting love,
Led by grace that love to know;
Spirit, breathing from above,
Thou hast taught me it is so!
Oh, this full and perfect peace!
Oh, this transport all divine!
In a love which cannot cease,
I am His, and He is mine.”
G. Wade Robinson