To share your memory on the wall of Morag Tierney, sign in using one of the following options:

Morag was born May 29, 1944 in Glasgow, Scotland, she married Felix (Phil) on October 15, 1964 and emigrated to Canada in 1967 with her infant daughter Caroline to join her loving husband and begin their life in St. Catharines, Ontario. Morag moved with her family to Thunder Bay in 1978. Morag stayed at home to raise her 3 beautiful daughters and then began her career as a Personal Support Worker for Community Living Thunder Bay and worked there until she retired. In her retirement, Morag greatest joy was spending time with her family and her beloved cat Missy. She enjoyed driving out to see the deer at Mission Marsh, travelling either by car or air, blue cheese, gardening, reading and watching MASH.

In 2018 Morag recommitted her life to the Salvation Army. She enjoyed the fellowship, attending services, Bible studies, going to the Women’s Retreat and loved volunteering during the Christmas Kettle Season.

This spirited and generous lady will be missed by all who knew her, but will never be forgotten. Morag will be lovingly remembered by her daughters, Caroline, Fiona and Stephanie and by her son-in-law Christopher (Her Boy). She is survived by her sister Fiona (John) Coia, her brother Colin (Helen) McMurray, sister-in-law’s Irene McMurray and Rena Hughes. She will be forever missed by her nieces and nephews: Stephen (Leanne, Abbie) Coia, Alison Coia, David (Laura, Arran) McMurray, Claire (John, Noah) Doyle, Shona (Edward, Brittany) Panek, Ed McMurray and Maria (Joe, Ryan) Kennedy.

Morag was predeceased by her loving husband of almost 52 years, Felix (Phil) in 2016, their son in infancy, her loving parents Walter and Nancy McMurray, in-laws William and Rose Tierney, her brother Ian McMurray and her nephews Christopher McMurray and Michael Hughes.

We would like to thank the paramedics, doctors, respiratory therapists and especially the nurses of the ICU and 2B for their loving care and compassion of our wonderful Mum. We would also like to thank Captain Matt Sheils of the Salvation Army for comforting and praying with Morag. A huge thank you to our wonderful sister Caroline for taking the time off work to sit and care for our brave, strong Mum and for keeping us all updated.

Cremation has taken place and a celebration of Morag’s life will be held at a later date. In lieu of flowers, donations to the Salvation Army Community Church in Thunder Bay would be greatly appreciated.
Read Less

Receive notifications about information and event scheduling for Morag

There are no events scheduled. You can still show your support by sending flowers directly to the family, or planting a memorial tree in memory of Morag Ross Tierney.
Plant a Tree

We encourage you to share your most beloved memories of Morag here, so that the family and other loved ones can always see it. You can upload cherished photographs, or share your favorite stories, and can even comment on those shared by others.

Posted Mar 22, 2021 at 10:20am
I was saddened to read about Morag's passing. She was good friends with my grandmother Wanda (who passed away awhile ago). Later I got to work with her at CLTB. I always enjoyed her company. She always made me laugh. Although I haven't seen Morag in years, I can still hear her voice and her laugh. She will be remembered as a straight forward, brutally honest person who was unable to keep any opinion secret. LOL.
My condolences to her family and loved ones, Morag was one of the good ones.
Comment Share
Share via:
SH

Posted Mar 08, 2021 at 10:19pm
I am very sorry to hear about the loss of your Mother. My heartfelt condolences to all of Morag’s family. 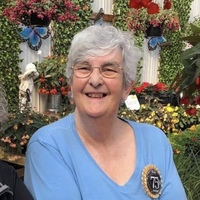 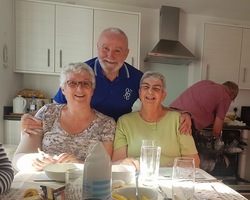 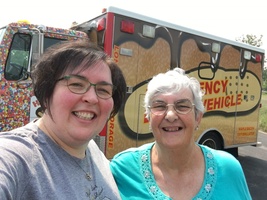