To share your memory on the wall of Patrick Gilbride, sign in using one of the following options:

Provide comfort for the family by sending flowers or planting a tree in memory of Patrick Gilbride.

Provide comfort for the family of Patrick Gilbride with a meaningful gesture of sympathy.

Patrick was born on January 20, 1926 in Dalkeith Scotland. He emigrated from Scotland to Port Arthur in 1927 with his parents and two older sisters.

Patrick was predeceased by his loving wife Sheila (Mulligan), his parents Patrick and Elizabeth (Neill) Gilbride, his two sisters – Eileen Caswell and Rosemary Liesmer and his granddaughter Sarah Gilbride.

Patrick served in the Royal Canadian Naval Volunteer Reserve (RCNVR) during World War II. After discharge he attended school and graduated with an Engineering Technology Certificate.

He began his career in 1950 at Northern Wood Preservers and retired in 1982 as Abitibi Price Inc.’s General Manager Sawmills for Ontario. Patrick was also the President and Owner of Dingwells Machinery and Supply until he retired in 1995.

He was a devout member of Corpus Christi Church since 1950 and was quietly supportive of many community causes and charities.

He had a love for sailing, skiing and golfing. He enjoyed spending his summers at his camp on Hawkeye Lake. He loved his children and grandchildren and was very interested in their lives and careers.

A private funeral and family gathering will be held by invitation only.

In lieu of flowers, donations to the charity of your choice, St. Joseph’s Care Group, Dew Drop Inn or the Shelter House would be appreciated.

Receive notifications about information and event scheduling for Patrick 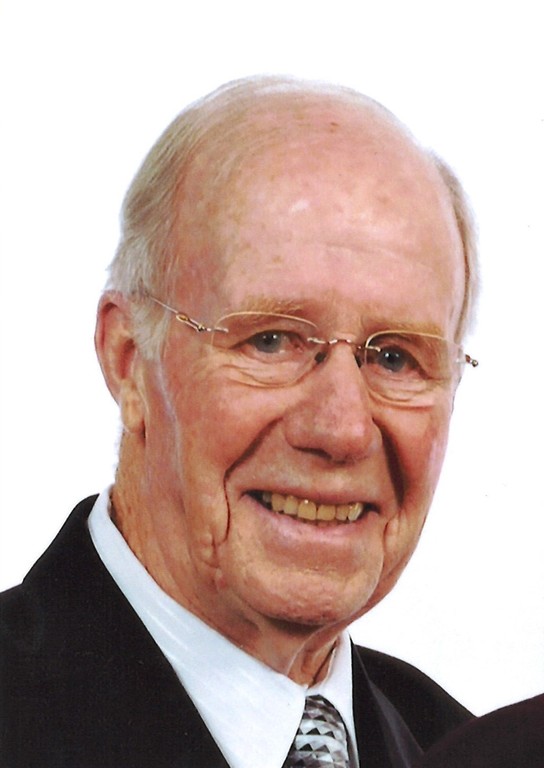 We encourage you to share any memorable photos or stories about Patrick. All tributes placed on and purchased through this memorial website will remain on in perpetuity for generations.

The Ciardullo Family, Angela Polowin, and other have planted trees to honor the life of Patrick Joseph Gilbride (Gilbride).
Plant a Tree in Memory of Patrick
Planted in the area of greatest need
TF

In memory of Patrick. This gift is from Kevin, Kathy, Victoria, Marc, Andrew, Kristina, Eric, and Claire. We offer our thoughts and prayers.

We were saddened to hear that Paddy passed away. Our thoughts are with you and your family.
Comment | Share Posted Sep 30, 2020 at 10:30am via Condolence
T

So sorry to hear about Paddy. We enjoyed many years of bridge together. He will be greatly missed. I am very sorry to have missed the funeral, as I was ill that morning. Sending your family our sincere condolences.
Tom and Mary McKinnon

Maureen and John
our sympathy to you and your family on your father's passing
Comment | Share Posted Sep 25, 2020 at 09:53am via Condolence
SR

We are so sorry to hear about Patty’s passing and our deepest condolences go out to the entire Gilbride family. We feel very fortunate to have spent so much time with Paddy and Sheila growing up and have wonderful memories being at Hawkeye and on the sailboat. Our thoughts and prayers are with you at this difficult time.
Sue (Servais), Mike and Matt Rabishaw