To share your memory on the wall of Richard Miller, sign in using one of the following options:

Provide comfort for the family by sending flowers or planting a tree in memory of Richard Miller.

Provide comfort for the family of Richard Miller with a meaningful gesture of sympathy.

Richard was born in Red Lake Ontario, but grew up in Thunder Bay Ontario, with his sisters and mother. Richard, also known as Rick or Ricky, was such a thoughtful, caring and giving man, always willing to stop whatever he was doing to help someone else. Richard was an amazing father, constantly worrying about his children and grandchildren, as he held them all close to his heart.

He spent his life working at Abitibi Price/Provincial Papers as an electrician. Richard also worked for Flint Energy in Fort McMurray for 10 years after leaving the mill. In his spare time, Richard enjoyed building and fixing anything he could and spending time with friends and family.

Richard enjoyed taking his children on RV adventures and fishing trips, exploring new places and creating a lifetime of memories across Canada and the United States. His cabin on Whitefish Lake was where he spent most weekends with his friends and family, eventually building his dream home on the property.

Richard was pre-deceased by his mother Nellie, sister Shirley, sister Rose, niece Krissy and the love of his life, his late wife Marilyn Miller. Richard met a second love, Linda (Nordstrom). They had each other through Covid and had many goals and dreams to conquer together, but sadly time was not on their side. Linda stuck with him until the very end, holding on to the hope that they could have more time together.

Due to restrictions, a celebration of life will be held at a later date. The family wishes to thank everyone who reached out and helped with this difficult time. In lieu of flowers, we ask that you donate to a charity of your choice.

Receive notifications about information and event scheduling for Richard 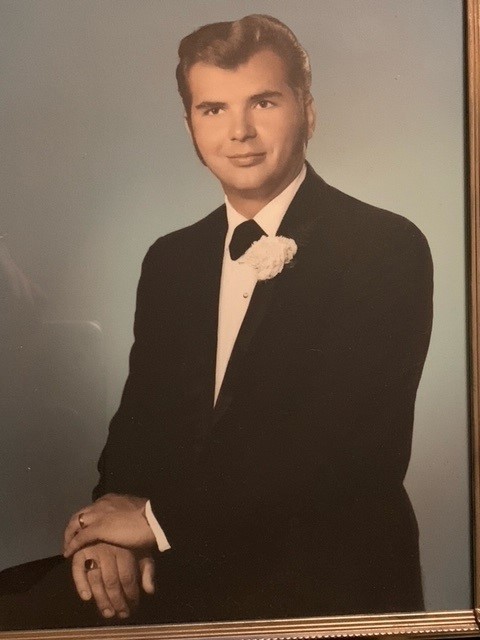 We encourage you to share any memorable photos or stories about Richard. All tributes placed on and purchased through this memorial website will remain on in perpetuity for generations.

Honor the life of Richard Alexander Miller by planting a memorial tree.
Plant a Tree in Memory of Richard
Planted in the area of greatest need
RL

I am very sorry to hear of Rick’s passing and sending my heartfelt sincere sympathy. Your Dad was a wonderful friend. Jane Agar
Comment | Share Posted Apr 18, 2021 at 01:18pm via Condolence
HM

We are so very sorry to learn of Rick’s passing. We send our most sincere condolences. He was a great guy and will be missed.
Henry and Lorraine Mandziuk
Comment | Share Posted Apr 17, 2021 at 01:01pm via Condolence