To share your memory on the wall of Rita Morrow, sign in using one of the following options:

Provide comfort for the family by sending flowers or planting a tree in memory of Rita Morrow.

Provide comfort for the family of Rita Morrow with a meaningful gesture of sympathy.

It is with heavy hearts and great sadness that we announce the passing of our beloved mother and grandmother, Rita Sylvia Morrow (Fassina) on Tuesday April 27, 2021 at the age of 86. She left this world peacefully, surrounded by family at Thunder Bay Regional Hospital.

Rita was born on November 20, 1934 in Port Arthur, to Anna-Maria and Angelo Fassina. Rita was the youngest of seven children growing up in the family home, located on Ontario Street in the “Little Italy” neighbourhood of Port Arthur.

Rita attended St. Joseph’s School and later P.A.C.I. along with her friends for life Mary, Norma, Ruth, Diane, Joan and Maggie. The girls would always be together in the old neighbourhood, where they played baseball in the schoolyard and in the winter skated on the frozen milk rink outside the Co-op Dairy.

Rita was a very social person, who loved going to dances and talking on the phone. She was also a conscientious student who excelled in her studies. After graduating high school, she decided to attend Teacher’s College in North Bay in 1953/54. Later in life she completed her HBA in English at Lakehead University, through night classes over several years while raising her family and working.

Rita met and married the love of her life, Hugh Morrow in August 1956, after a short courtship. They built their home on Matthews Street, where they lived their lives together. As the neighbourhood grew, so did her circle of neighbourhood friends that are too many to list but include Effie, Vicki, Betty and Krystyne.

Aside from being a mother and grandmother, teaching was the most important part of her life. Rita taught at many schools with the Thunder Bay Catholic District School Board, most notably at St. Margaret, St. Andrew and St. Paul. Rita was a mentor to many student teachers throughout the years and retired from teaching in 1995, after a very fulfilling career. Her legacy of teaching touched the lives of many, and she spent countless hours meticulously preparing lesson plans with love. Teaching was not her job, it was her passion and vocation.

Rita enjoyed playing bridge with her friends, and was well known in the Thunder Bay Bridge community. Rita had a true green thumb and was very proud of her flower gardens, which were beautiful and envied by all. She also loved to cook, bake and be the hostess to many dinners and evenings with close friends and family, as they were very important to her.

She was a skilled piano player and passed her musical talents down to her family. In her later years, Rita especially enjoyed talking on the phone and watching her favourite shows like “Say Yes to the Dress”, “Just for Laughs Gags” and any shows about travel or home renovations. Rita had fresh flowers in her room every day including one behind each ear. On Tuesday, the day she passed, the entire staff of Plaza 2 wore flowers in their hair in her memory.

Rita remained a faithful Catholic and often turned to prayer and devotion to help her cope with life’s many trials, especially during the last few months, when she prayed daily with her church friends. She was a longtime member of St. Margaret’s Church and the CWL for many years. She attended many conferences and meetings throughout the years, volunteering for bazaars and funerals while she was able. Later in life, she enjoyed Saturday night dinners with her church friends at Tim Horton’s or Arby’s after the 5 o’clock mass.

Rita persevered through breast cancer (twice) and was later diagnosed with Parkinson’s which then turned into Parkinson’s Dementia. Her declining health made it necessary to move her to assisted living at Chartwell Arundel and later to Pioneer Ridge Long Term Care Home.

Rita was blessed with nine grandchildren whom she adored. She was always happiest when they visited her, having lunches, after school tutoring, movie nights, sleep overs and visiting her grandchildren in Edmonton.

Rita will be sadly missed and lovingly remembered by her children; Patrick (Carolina), Michael (Nina) and Colleen (Rick Edmunds), grandchildren Christina (Gil Noble), Aaron, James, Jonathan (Sarah Sawiak), Adrienne, Heather, Micaela, Donovan and Maddison (Brose); as well as brother-in-law’s, Walter and Bernard, and sister-in-law’s, Geri Albanese and Bernice Diner; and numerous nieces and nephews on both the Morrow and Fassina sides and many close friends.

The family would like to thank the many PSW’s, support staff, nurses and doctors at Chartwell Arundel, Pioneer Ridge and the Thunder Bay Regional Hospital, who took wonderful care of Mom in her time of need. As well, thank you to her circle of friends, and family who continued to visit and call when able, especially during the pandemic and lock down periods.

Visitation for friends will be held in the Sargent and Son Chapel on Thursday, April 29th from 6-7pm with friends being asked to register on Rita’s page at www.sargentandson.com or by phoning the funeral home at 345-5351. A private family funeral service will take place at Sargent and Son Funeral Home at 1:00 pm on Friday April 30th followed by a private interment at St. Andrew’s Cemetery. Those wishing to attend the service, may do so virtually on the Sargent & Son Facebook page. In lieu of flowers, the family asks that donations be made to St. Margaret’s Church, the Northern Cancer Fund, Parkinson Canada, or any charity of your choice. Online condolences may be made at www.sargentandson.com

Words cannot describe how truly privileged we all were to have such a kind, humble and honourable woman touch our lives.

May God hold her in the palm of His hand.

To send flowers to the family or plant a tree in memory of Rita Sylvia Morrow (Fassina), please visit our Heartfelt Sympathies Store.
Read Less

Receive notifications about information and event scheduling for Rita 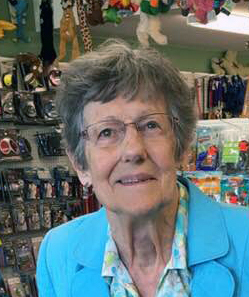 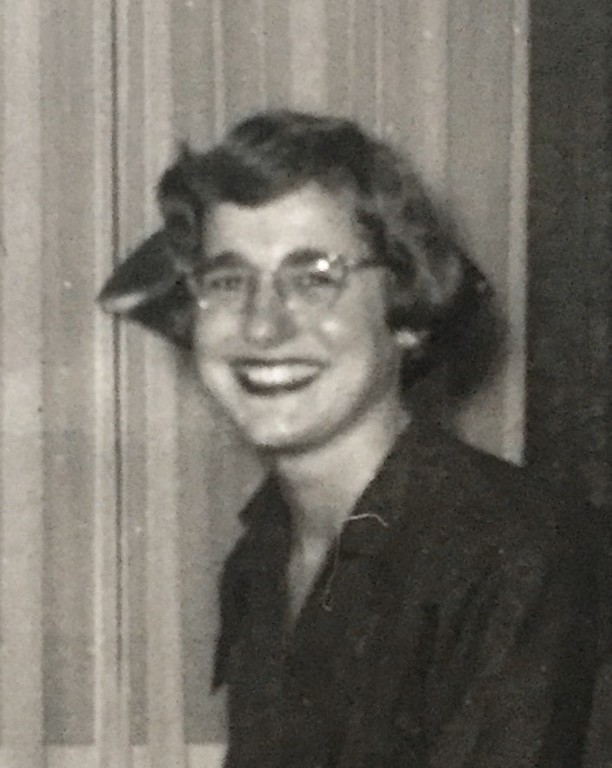 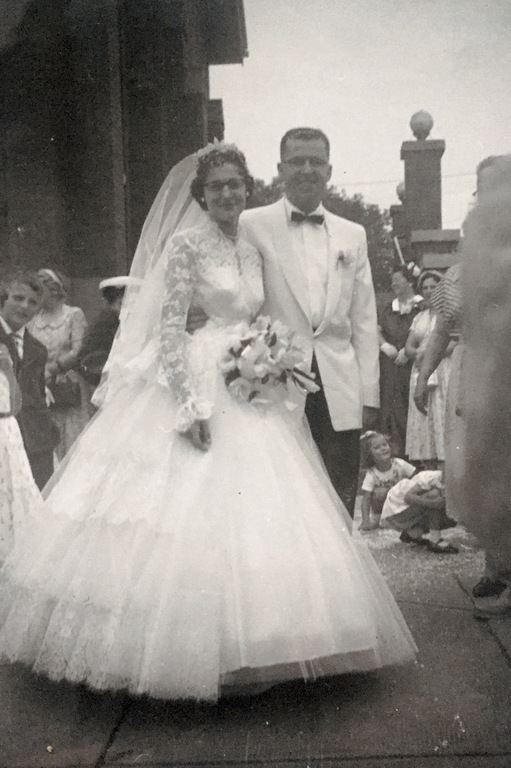 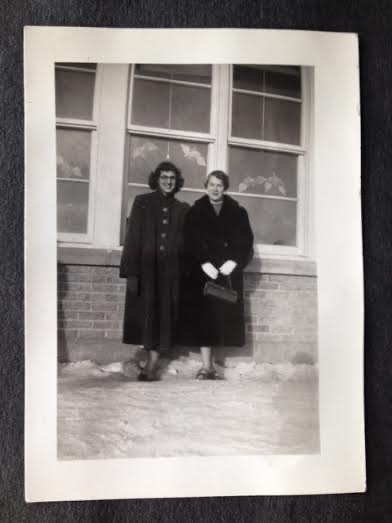 We encourage you to share any memorable photos or stories about Rita. All tributes placed on and purchased through this memorial website will remain on in perpetuity for generations.

We would like to extend our deepest condolences to the Morrow family on the loss of your mother and grandmother. Thinking of you all during this difficult time. Sincerely; Vince, Lou, Michayla and Olivia Tropea
Comment | Share Posted May 08, 2021 at 08:21pm via Condolence

So sorry to learn of your Mom's passing. She was an accomplished woman no doubt. The Santa's
Comment | Share Posted May 03, 2021 at 09:00pm via Condolence
RH

Our condolences to Rita’s family. Rita was my grade 1 teacher and she was the best. I remember the wax birthday cake she used for all of her students. Rita and I kept in touch over the years and enjoyed many good times together. She will be missed. Hugs to her family. We will cherish her memory. God bless Rose McHale Horde
Comment | Share Posted May 01, 2021 at 07:32pm via Condolence
BR

Miss Fassina - my grade 1 teacher at the newly opened St Margaret’s School. One memory I have was she made a fake cake and brought it out for every students birthday while we all sang. I moved away after grad but did meet up with her afew times when I was visiting my Mom (Regina Zywina Coulombe). She remembered me and I think she never really changed from that grade one year. She was my favourite teacher, not because she was my first but because of her kindness. I send condolences to all her family.
I posted a picture of her and another teacher circa 1955/56
Comment | Share Posted May 01, 2021 at 11:05am via Condolence