To share your memory on the wall of Robert Sare, sign in using one of the following options:

Provide comfort for the family by sending flowers or planting a tree in memory of Robert Sare.

Provide comfort for the family of Robert Sare with a meaningful gesture of sympathy.

Receive notifications about information and event scheduling for Robert 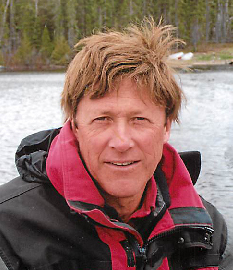 We encourage you to share any memorable photos or stories about Robert. All tributes placed on and purchased through this memorial website will remain on in perpetuity for generations.

Mary Ellen Ripley / Al Comeau, Dr. Wes Darou, and others have planted trees to honor the life of Robert Thoreurn "Robin" Sare.
Plant a Tree in Memory of Robert
Planted in the area of greatest need

My condolences to the family. Robin was a true gentleman, and always a pleasure see.
Comment | Share Posted May 30, 2019 at 05:23pm via Condolence
SG

Diana: We are so sorry for your loss. We remember Robin as a extrovert and an energetic man who enjoyed challenges. You and your sons will miss him surely.
Allan and Sharon
Comment | Share Posted May 28, 2019 at 07:11pm via Condolence
KP

I am deeply saddened by the passing of Dr. Sare as I have many fond memories during the years I worked with him. Robin was kind, generous and fair. He always interested me with his fascinating stories, unique points of view and spellbinding knowledge. He had a spring in his step and always followed his own path. I am sure he will be sorely missed by the many lives he has touched. My prayers go out to Diana and his family...
Karen Payetta (nee Erickson)
Comment | Share Posted May 28, 2019 at 09:26am via Condolence
MC

A tribute to Robin Sare, a man with endless energy for all things outdoors.

Diana and family, Donna and I were greatly saddened by the news of Robins passing. He was always a man of celebration - celebrating the little things that others often overlook - celebrating the wonders of all things in nature - celebrating life and love - celebrating friends and family. We are currently in Edmonton for Alyssa’s wedding and have proudly shared
Robin stories. We will not be able to attend the celebration of Robins life but be assured we will raise a glass in his honour and reach out to you upon our return.
Comment | Share Posted May 27, 2019 at 04:13pm via Condolence