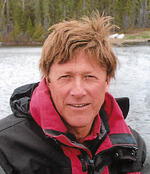 Dr. Robert Thorburn Sare 1946-2019
At 72 Robin did not have time for getting old - Peter Pan with a dental practice. He could debate healthcare reform, discuss ancient Persian politics, ski the glades and beat his 30 year-old nephew in a sprint down the beach.
Our beloved Robin died May 18, 2019 while living the life he loved – at full speed. Growing up in Montreal, Guelph and Lac Ouimet, Robin was especially adventurous, always leading with true purpose, a song at the ready, or reciting a poem. As a young man, his days were filled with sock-hops and malts, a summer spent lifeguarding at the Banff Springs Hotel scavenging leftover lobster to afford rides by horseback through the Alberta wilderness.
He put everything into fuelling his adventures – writing home for money because he had saved none; having second or third helpings from friends on camping trips because he believed in travelling light.
After university in Toronto, he began his dental career with C.U.S.O in Uganda until forced to leave by the politics of the region. He was drawn to Thunder Bay by its rugged wilderness and vibrant culture. There he married, raised a family and immersed himself in local activities. His life was one of searching -for everything: truth, the meaning of life and how much of it could be experienced.
Old man of the river, he outlasted generations of his paddling partners and still kept a characteristic spring in his step. Together, and over decades, they constantly defied the river’s grasp, with heroics to the end. The bravery and endurance of his last paddling partner and the recovery team cannot be overstated and will always be remembered.
A celebration of Robin’s life is planned with his loving family on Tuesday, May 28th in the Valhalla ballroom from 11 a.m. until 2 p.m. with words of tribute beginning at 12 p.m. In lieu of flowers or donations in Robin’s memory, please help out someone in need.
He is the moss on the hills, the rushing water, the loon’s cry echoing in the bay. He will be with us always.
On-line condolences may be made at www.sargentandson.com