To share your memory on the wall of Rudolph Cvornjek, sign in using one of the following options:

Provide comfort for the family by sending flowers or planting a tree in memory of Rudolph Cvornjek.

Provide comfort for the family of Rudolph Cvornjek with a meaningful gesture of sympathy.

Rudy was born on August 26th, 1952 in Linz, Austria to Rudolph and Helen Cvornjek, and as a family, they immigrated to Canada several years later. It is here, in Canada, that he forged lifelong friendships and memories and created a family of his own---his greatest pride.

From the time he could tie his own shoes, Rudy became a natural-born athlete. He participated in and coached many sports including basketball, baseball, broom-ball, curling, and golf. His whole life, he cheered for sports teams that were wanna-be winners---namely the New York Yankees, the Dallas Cowboys, and the Toronto Maple Leafs. Not only did Rudy have the agility to dribble a ball or swing a club, he also had an ear for music, especially while playing the drums with the Bluenotes and the Polka Pals. Rudy’s athleticism, charisma and musical talents were what caught the eye of his wife, Hanya, to whom he was married for 36 years.

Volunteering his time and energy to anyone who needed it was something Rudy was known for; he never refused a request for help. This can be attested by family, friends, strangers, and the many organizations to which he dedicated his time. Rudy was always there to lend a hand with a smile on his face. As a man of faith, Rudy was a long-time parishioner and usher at St. Margaret’s Church where he was best known for his warm welcomes.

When Rudy wasn’t helping fix a fence, shovel a driveway, or move furniture for a friend, he could be found relaxing at Garden Lake fishing for his next supper; this was a place where he could find solace. He also found an odd sense of satisfaction from maintaining a perfectly manicured lawn cut on a 45 degree angle---a quirk he has passed on to his daughter, Michelle. Rudy also enjoyed walks with his fur grandchild, Coco, a daily routine they both relished for the fresh air and companionship.

Anyone who knew “Hunky”, his affectionate nickname by many of his close friends, was captivated by his charisma, contagious laughter, and genuine concern for others. But what mattered most to Rudy was his family; he always put their needs before his own. His wife and daughter were his world, and his concern was always for their well-being, even in his final days. When he could no longer take care of his girls, as he affectionately called them, they, in turn, lovingly cared for him.

Rudy is survived by and will be forever missed by his wife, Hanya, and daughter, Michelle; his mother, Helen Cvornjek; his siblings Mary (Peter) Salenius, Evelyn Sabotic, and Annie (Nykola) Dimoski; his many nieces and nephews; his large extended family throughout the Greater Toronto Area; and his many close friends. Rudy is predeceased by his father, Rudy Cvornjek Sr.; grandparents, Stefan and Anika Cvornjek and Stefan and Karolina Kuzmic; in-laws, Mykhaylo and Maria Tarnawsky; and nephew, Christopher Cousins.

Our utmost gratitude is extended to Dr. Del Paggio, Dr. Hagerty, Dr. Bezanson, Dr. Francis, and long-time family physician and friend, Dr. Kennedy. Also to the nurses and staff at the Cancer Clinic for their exceptional care---we thank you. We also extend our deepest thanks to Dr. Migay and the staff of 4 North at St. Joseph’s Hospital for providing end of life care.

A private invite only Funeral Mass will be held at 11:00 a.m. on Wednesday, October 28, 2020 in St. Margaret’s R.C. Church celebrated by Rev. Ciaran Donnelly. The Mass will be livestreamed on the Sargent & Son Facebook page. Friends are invited to attend the visitation on Tuesday, October 27, 2020 from 5-7 p.m. in St. Margaret’s Church. We invite attendees of both the visitation and funeral services to wear one of Rudy’s favourite jerseys - Yankees, Cowboys, or Leafs - as a tribute to his memory and love of these teams.

In lieu of flowers, donations can be made to St. Margaret’s Church building fund, 88 Clayte St. On-line condolences may be made at www.sargentandson.com.

“It is not the length of life, but the depth of life.”
Until we meet again, we will love you forever.

As directed by the Province of Ontario and the Bereavement Authority of Ontario, the attendance at the funeral/visitation is restricted to 30% capacity or less and a record of attendance must be maintained. Wearing of masks or face coverings by everyone and maintaining social distancing of 6 feet is mandatory for those attendin

To send flowers to the family or plant a tree in memory of Rudolph "Rudy" Cvornjek (Cvornjek), please visit our Heartfelt Sympathies Store.
Read Less

Receive notifications about information and event scheduling for Rudolph 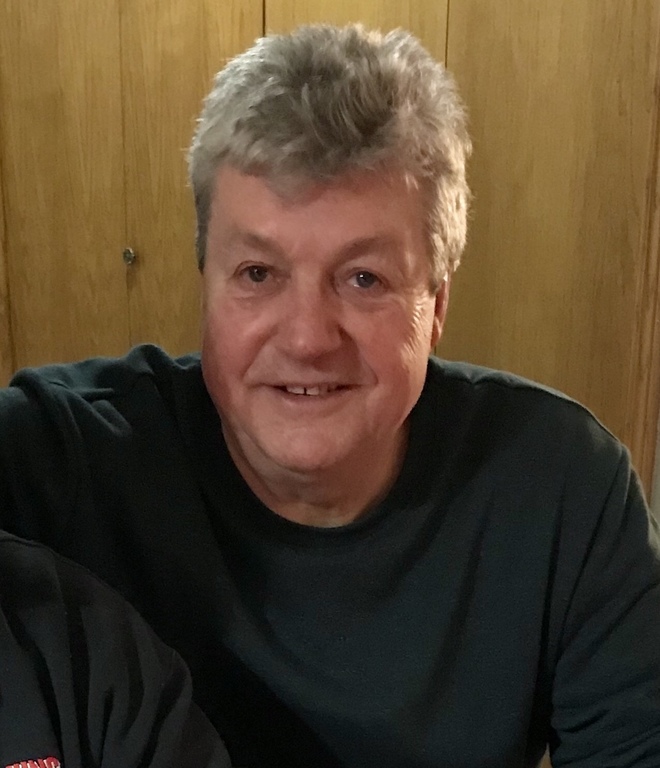 We encourage you to share any memorable photos or stories about Rudolph. All tributes placed on and purchased through this memorial website will remain on in perpetuity for generations.

It always brightened my day when I ran into Rudy. So sorry for your loss. Richard Livingstone.
Comment | Share Posted Jan 08, 2021 at 01:12pm via Condolence
RE

Rudy and I attended the same high school. Rudy had big hands. Rudy used to slap me on the back with those hands and always had a greeting for me. Rudy was very popular; I was not. I've always remembered Rudy for acknowledging me. Rudy made a difference. After almost five decades, he still quietly impacts my life. Blessings to all. Robert
Comment | Share Posted Nov 23, 2020 at 10:55pm via Condolence
IP

Irma Pajala
Our deepest condolences to Hanya, Michelle and family. Rudy was the most amazing neighbour for many years, to our parents that anyone could hope for, and they adored him. Often I would bump into Rudy at Metro and he always had a smile to share and a story or two. It was such a pleasure to have known him. Hanya and Michelle you are in our thoughts and prayers. May you receive strength and peace during this difficult time. John and Irma Pajala.
Comment | Share Posted Nov 04, 2020 at 10:10am via Condolence
GB

Dear Hanya, Michelle, Helen, Mary, Evelyn and Annie. Please accept our sincerest condolences for you the loss of your husband, father, son and brother, Rudy. I will always remember Rudy as the cool guy that us kids looked up to back in the day. I loved his personality and his smile that lit up a room. Our thoughts and prayers are with you all. Most sincerely, George and Barb Birtig (Oakville, ON)
Comment | Share Posted Oct 30, 2020 at 04:45pm via Condolence
DI

Please accept our condolences on the passing of Rudy. It was an honour to have know such a great person. We met Rudy in high school and have always enjoyed our contact with him over the years. Rudy always had the greatest smile and laugh and the most wonderful sense of humour. We will really miss him. You are in our thoughts and prayers.
David & Joanie Inglis
David