To share your memory on the wall of Stan Potts, sign in using one of the following options:

Provide comfort for the family by sending flowers or planting a tree in memory of Stan Potts.

Provide comfort for the family of Stan Potts with a meaningful gesture of sympathy.

George Stanley Potts (Stan)
October 11, 1928 – February 4, 2021
It is with great sadness to announce the passing of Stan Potts, loving father and grandfather, on February 4, 2021 at the age of 92. He passed away at home with his childr... Read More
George Stanley Potts (Stan)
October 11, 1928 – February 4, 2021
It is with great sadness to announce the passing of Stan Potts, loving father and grandfather, on February 4, 2021 at the age of 92. He passed away at home with his children by his side following a brief battle with cancer.
Stan was born in Bobcaygeon to Roy and Augusta Potts where he grew up in the family home along with his younger brother Doug.
At an early age, Stan started working at his grandfather’s logging company. As a young boy, Stan had the opportunity to work as a guide at a fishing lodge where he got to meet members of the Toronto Maple Leafs who would come to vacation. Stan would be extremely hospitable and arrange anything the guests needed during their stay.
Stan loved his country and served in the army from 1942-47. He was a very proud veteran and was a loyal participant in Remembrance Day services.
As a trained electrician, Stan had a varied career as a foreman with several electrical contractors before joining Ontario Hydro as an electrical inspector. Respected and well-liked in the industry, Stan was always known for his professionalism and someone who could find a solution to any problem.
In 1950 he met the love of his life, Patricia Davies, in Bobcaygeon and were married in May of 1951. They spent 59 years together before Pat’s passing in 2010. The two of them loved to travel abroad sight-seeing in numerous countries. After retirement they spent their winters in Tarpon Springs, FL. Stan and Pat also enjoyed spending time with family and friends, going for walks, golfing and having a cup tea.
Stan was recognized for his long-standing 59 years as a member of Port Arthur Lodge No. 499 G.R.C. He served as Worshipful Master of Port Arthur Lodge in 1971. In 1978 he was appointed Grand Steward, an appointment he carried with pride for the rest of his life.
In 1975, Stan was a long-standing member Valley of the Fort William Scottish Rite and in 1977 a member of the Lakehead Shrine Club.
In 1962, Pat formed Lakehead Modeling School and Stan was an integral support behind the scenes and one of the founding members of The Modeling Association of Canada annual Toronto convention.
If there was one thing Stan was known for, it was his gift to be able to talk to anyone about any topic. It didn’t matter if he had known you for 10 minutes or 10 years he would always be able to chat up a storm and make you feel welcomed in any situation. Stan had extraordinary stories about his life experiences and would share them freely to all he would meet.
Stan is survived by his loving children, daughter Debbie (Brian) Matson of Peachland, BC and son Scott (Joanne) Potts of Thunder Bay, ON. Proud Grandfather of Ashley (Jeff) Belak of Vancouver, BC, Koran (Ryan) Webster of London, ON, Jordan (Sarah) Potts of Thunder Bay, ON and Elisha Potts (Kurtis Jung) of Thunder Bay, ON. Great-grandfather of Bentley, Mason, & Carter Webster, Carson & Taylor Belak, Cohen and Leo Potts. He is also survived by his brother Doug (Liz) Potts of Brampton, ON and numerous nieces and nephews. He is predeceased by his loving wife Patricia, his parents Roy and Augusta Potts and brother, William (Billy).
The family would like to express sincere thanks to the community of Palliative Care team, VON staff, Paramed staff, Partners in Rehab and Dr. G. Exley for their compassion and care during this difficult time.
As per Stan’s wishes, cremation has taken place and due to Covid-19 restrictions a celebration of life and Masonic service will be held at a later date.
Online condolences can be made at www.sargentandson.com
Memorial donations can be made to Hospice Northwest or the Juvenile Diabetes Research Foundation.

Receive notifications about information and event scheduling for Stan 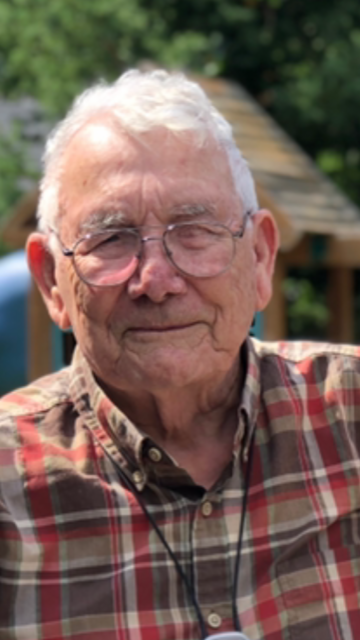 We encourage you to share any memorable photos or stories about Stan. All tributes placed on and purchased through this memorial website will remain on in perpetuity for generations.

Honor the life of Stan Stanley Potts (Potts) by planting a memorial tree.
Plant a Tree in Memory of Stan
Planted in the area of greatest need
LB

Scott and Debbie and families,
My deepest condolences in the passing of your father. I have fond memories of him building sets for the figure skating annual shows. He was one of the few fathers who were around to lend a hand. Always a smile and so friendly. My thoughts and prayers are with you. Lisa Beckwick
Comment | Share Posted Feb 21, 2021 at 01:12pm via Condolence
RP

Met Stan at a party and we exchanged some history of Bobcaygeon, He told me he was born in the Royal Hotel Hotel and he met his lovely wife at the Edgewater Pavilion in Bobcaygeon. After showing him some old photos he told me that he worked at the Locust.Lodge serving fishing tourists. I certainly enjoyed my conversations with him at the Edgewater where he was staying. My condolences to the family, he certainly will be missed. RIP Stan
Comment | Share Posted Feb 19, 2021 at 04:15pm via Condolence
DE

so sorry to hear of Stan's passing. he will be missed by many Don Ingram
Comment | Share Posted Feb 16, 2021 at 02:09pm via Condolence
WH

Scott, Joanne and Family - Our sincere, heartfelt condolences go out to you and family on your immeasurable loss. Stan was a true 'gentleman' by any definition. We fondly remember his genuine and welcoming disposition on every occasion we had the privilege to be in his company. Our thoughts and prayers are with you at this difficult time.
Willie & Lee and family
Comment | Share Posted Feb 16, 2021 at 07:58am via Condolence