To share your memory on the wall of Dr. Burt Sellick, sign in using one of the following options:

Provide comfort for the family by sending flowers or planting a tree in memory of Dr. Burt Sellick.

Provide comfort for the family of Dr. Burt Sellick with a meaningful gesture of sympathy.

In 1952, Burt married the love of his life, Hefinwen (Fin) R. Morgan. Fin and Burt met through First Baptist Church and PACI and they began their married life in Calgary, Alberta, following Burt’s graduation from UBC with a Forestry degree. After two years in forestry and anticipating starting a family, Burt and Fin returned to Port Arthur. Soon after, a home on College Street was built, where they have resided to this day. Together, they have three children: Scott (Pat), Thunder Bay, Todd (Jan), Winnipeg, and Miriam (Malcolm), Uxbridge. In the years to come, nine grandchildren were added to the fold, whom Burt loved dearly.

A life-long educator, Burt taught at the Loon Lake School, Shuniah Public School, and for 38 years, Hillcrest High School, where he taught English and Math before moving into Student Services where he was a guidance counsellor for many years, and Director of Student Services until his retirement in 1992. Counselling and helping others was his passion throughout his life.

Taking his family with him, Burt returned to school in 1966 to complete his M.A. in Education and again, in 1978 to earn his Ph.D. in Family Counselling and Education at the University of Arizona. These years led to a love for Arizona where he made many dear friends. He was a lifelong learner and took great delight in encouraging others to do the same.

Burt spent his life enthusiastically giving his time and energy to others and to our community. Church life (First Baptist Church, and later Lakeview Presbyterian) was always central to his life, as was his Christian faith. During this time, he served on various committees and boards. Perhaps something in this formed his passion to serve, love and especially encourage others.

Burt was a co-founder of Telecare Thunder Bay and its director for 25 years. He also served as a director for Northwestern Ontario Student Leadership Conference for 20 years. In addition, he served for many years as a volunteer in an alcohol and drug education program, board member for Hospice-Northwest, board member and President of Thunder Bay Symphony Orchestra, presenter of many parenting seminars across the region and volunteer for many years with the Thunder Bay Regional Health Sciences Centre. Burt was a long-time member of the Ontario School Counsellors’ Association (OSCA), where he was President for a term. He also had a private counselling practice for many years.

Burt received numerous academic and community service awards, but his joy was always to be serving and loving, listening to others and encouraging them.
He loved to sing in choirs, whether it was a church choir or the TBS Chorus, where he was a member for over 40 years.

In early years Burt taught at various faculties of education (Windsor, Kingston, Toronto, and Lakehead) in their summer programs for guidance and counselling certifications for secondary school teachers.

Burt always kept in touch with people he’d met in his travels, at school and university, including the members of his 1952 UBC graduating class. He loved photography and his subject was usually people! His pockets were always full of Werther’s to share, and he was always ready with a smile, or a hello, and had a keen interest in whatever the other person had been up to lately, or what they were planning on doing next. Burt was quick to encourage others in further education and adventure.

He loved to travel, often by car, camping from one side of the country to the other, or down to the southwestern States. He also travelled overseas where he maintained close relationships with family. His family was so important to him, and he enjoyed travelling to visit his many grandchildren.

Burt loved everything about life, and everyone in it. He lived in the present, and would say yes to any new opportunity or adventure. He was devoted to his “bride,” Fin, whom he adored, and to his family, and anyone he considered part of the family. “If you’ve eaten at our table, you are now one of us!”

Burt maintained a boyish enthusiasm, energy and playfulness all his life. His children, when little would often complain that they couldn’t go anywhere very quickly with him, because he seemed to know and to enjoy everyone he ran into. His hobbies and interests, all his life, quite simply, were people. And to even some of the most difficult things in life, he brought optimism, courage, and a leading by example.

His last words to us, just a few days ago, repeatedly, were that he was “just so grateful for so many things.” We love him, and miss him greatly, but he is now fellowshipping with his Lord and Saviour, continuing to love, serve, and bring joy.

Thank you to the wonderful palliative caregivers and providers who were so kind and attentive to our Dad in his last days. We are so grateful to Rachelle, Kyla, Kylie, Jesse, Georgette, Treena, Nicole, Ivy, Suzane, Emily, Anna and Monika. Sincere gratitude to Dr. Kennedy, Dr. Miller, and Donald Hutchinson for their care and expertise. And a heartfelt thank you to Will Newton who provided caring spiritual support to us all at this difficult time.

Donations may be made in memory of Dr. Burt Sellick to the TBSO (Thunder Bay Symphony Orchestra), Special Olympics Ontario, or Youth Unlimited (Youth for Christ – Manitoba).
Philippians 1:6 And I am sure of this, that he who began a good work in you will carry it on to completion until the day of Christ Jesus.

To send flowers to the family or plant a tree in memory of Dr. Burt Sellick, please visit our Heartfelt Sympathies Store.
Read Less 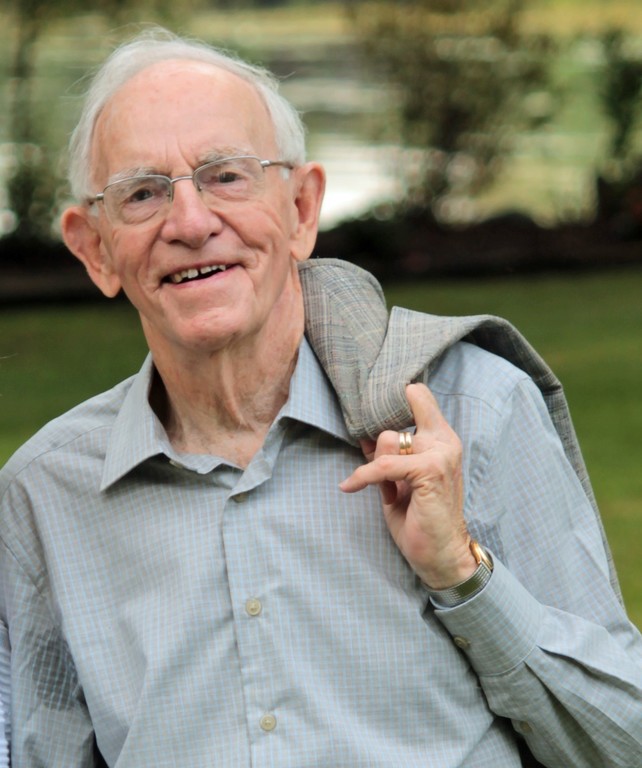 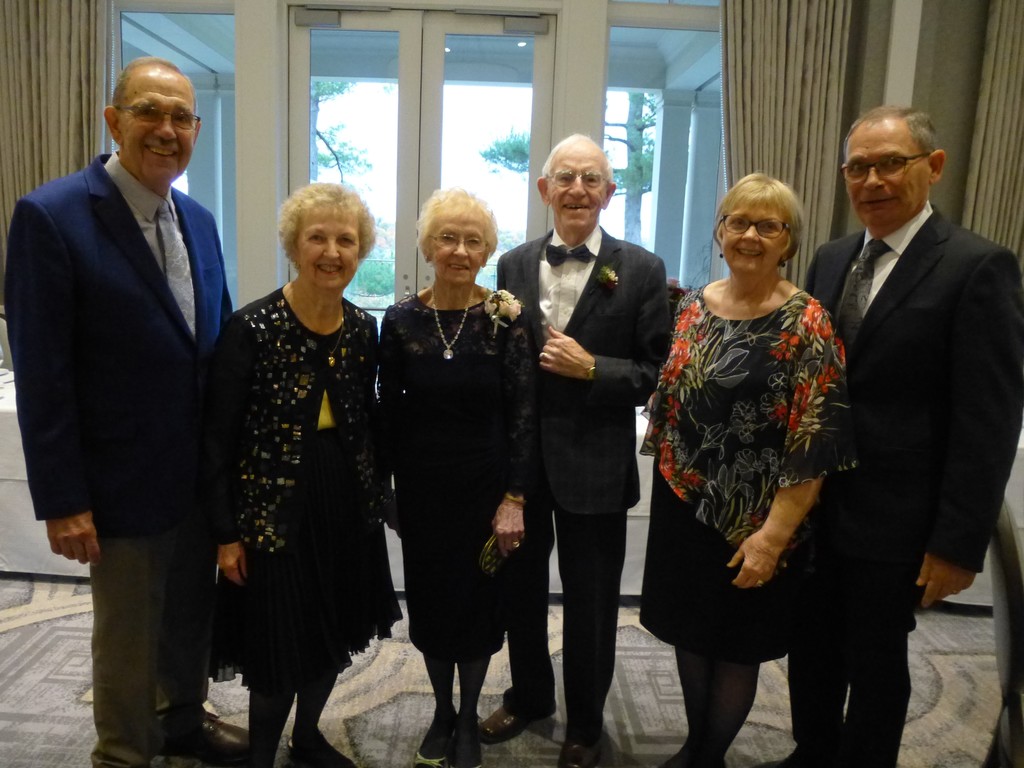 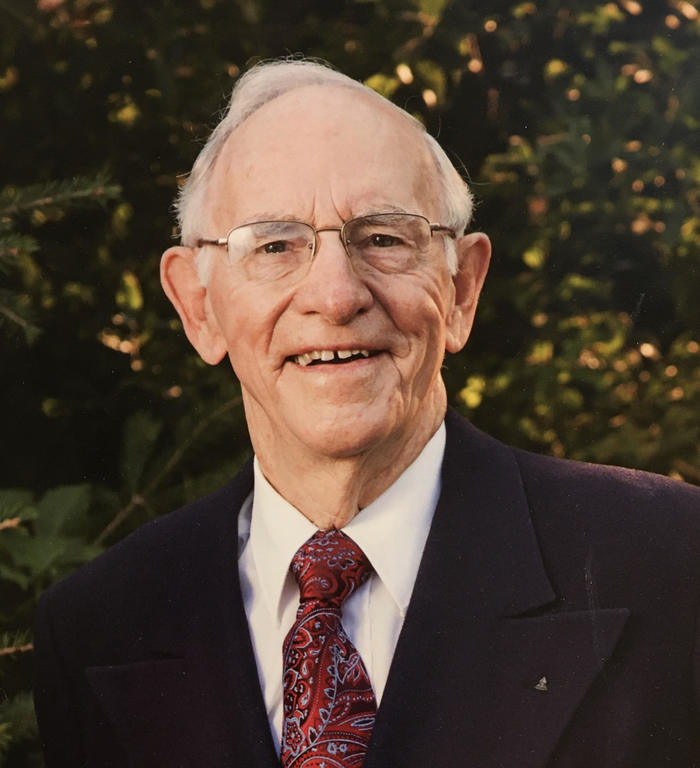 We encourage you to share any memorable photos or stories about Dr. Burt Sellick. All tributes placed on and purchased through this memorial website will remain on in perpetuity for generations.

With loving memories of "Sydney Sellick",

We are thinking of you in your time of sorrow, and honouring the memory of Burt with an everlasting gift to nature wrapped in love to you.

Dear Fin
You and Burt have been our friends for almost 40 years and we have loved the relationship and the two of you. You are positive role models for everyone in your family and in the lives of people you have touched. Let's keep in touch. My heart is with you.
Trish
Comment | Share Posted Feb 04, 2021 at 08:12am via Condolence
T

I will miss my wonderful Uncle Burt who was a fantastic role model for our family and a very loving brother to his sister Doreen (Sellick) Chapman.

Burt and Fin set an example for all of us to follow and as always it will be hard to follow in his footsteps but he provided a very encouraging path to follow.

What a life he lived and legacy he left behind! Sending my deepest sympathies and love to all those he loved. May his memory live on through all of you. Efy Marinis
Comment | Share Posted Feb 02, 2021 at 07:26pm via Condolence