To share your memory on the wall of Vincenzo LaChimea, sign in using one of the following options:

Provide comfort for the family by sending flowers or planting a tree in memory of Vincenzo LaChimea.

Provide comfort for the family of Vincenzo LaChimea with a meaningful gesture of sympathy.

It is with profound sadness that we the family announce the passing of our beloved Husband, Father and Papa on May 20, 2021. Vince fell asleep peacefully at his home while holding his loving wife’s hand.

Vince was born in Sambiase, Italy on January 27, 1937 to Antonio and Rosina LaChimea. He was the youngest of 11 children. In 1955 Vince immigrated to Canada at the young age of 18. He settled in Port Arthur at the home of his sister Carmela Buffone and family. Fortunately, it was in his sister’s home that he was introduced to the love of his life, Marie Chiarelli. After a very short and memorable courtship they were married on December 29, 1962. It wasn’t long before they welcomed the arrival of their 3 children, Tony, Rose Marie and Cindy. This year they were happily looking forward to celebrating their 59th wedding anniversary.

After his arrival to Port Arthur, Vince worked as a brick layer as well as at various bush camps. A chance encounter with Mr. Vic Baccari, owner of the Royalton Hotel led him to his first bartending job where he eventually became the manager. Here he learned the Finnish language through his coworkers and the patrons, all while trying to perfect his second language of English. He later became the manager of the infamous “Itai” at the Italian Society of Port Arthur. In this field of work, he met several lifelong friends with many interesting stories to tell.

Vince was an active member within the Italian community. He was involved in the Italia Soccer team. In 1976 he along with others helped to develop the Calabria soccer club. As President of this club he was extremely overjoyed to win the championship in Eau Claire, Wisconsin. He was also an active member as President of the Italian Entertainment Association, which was responsible for hosting musical entertainment events to benefit various nonprofit organizations.

Vince enjoyed fishing, hunting and making wine and sausages with family and friends. He was fond of animals and had numerous pets. He enjoyed dancing and had a love for music. He often led friends in song to the wee hours of the night. Vince loved his home and its surroundings. You would often see him sitting on the front steps waving and chatting with all of his wonderful neighbours.

In earlier years he enjoyed travelling to Toronto to visit his nephew Greg and family, New Jersey to see Nugenza, Mary, Gracie and families and finally returning to Italy to visit with the remainder of his siblings, nephews, nieces, and friends.

To Vince family was everything. His pride and joy were his children and grandchildren. He cherished every visit with them and loved hearing their stories. He was extremely proud of their achievements and was always very supportive. Sunday dinners were always special for the family as Papa always told jokes and stories of his younger years to keep everyone laughing. He always made sure that there was more than enough food. They especially looked forward to Papa’s famous potatoes and shrimp.
Vince will be sadly missed by his wife Marie, his children Tony (Lori), Rose Marie and Cindy. His grandchildren Brenan (Brittany), Camryn (Max), Ryan, Ella and Evan. His sister in laws Alba Gibbons (Bob), Norina Foti (Joe) and Frances Wainio (Dave). Numerous nieces and nephews in Thunder Bay, Toronto, New Jersey, Australia and Italy. Vince is predeceased by his parents Rosina and Antonio, his mother and father in law, Santina and Antonio Chiarelli, his 10 siblings and their spouses, as well as several cherished family members and friends.

The family would like to express their deepest thanks to all the wonderful caregivers; Dr. Allison, Dr. Nigro, the staff on 2C, Donald Hutchinson and the Palliative care team, Bayshore home supports, Kyla from NWLHIN and Sargent & Sons, especially Greg and Mike.

Due to COVID-19 restrictions the family had a beautiful private service on May 27, 2021 with Father Luigi officiating.

On this day Vince would have wished that you raise your glass and have a toast with someone you love.

Online condolences may be made at www.sargentandson.com.

Receive notifications about information and event scheduling for Vincenzo 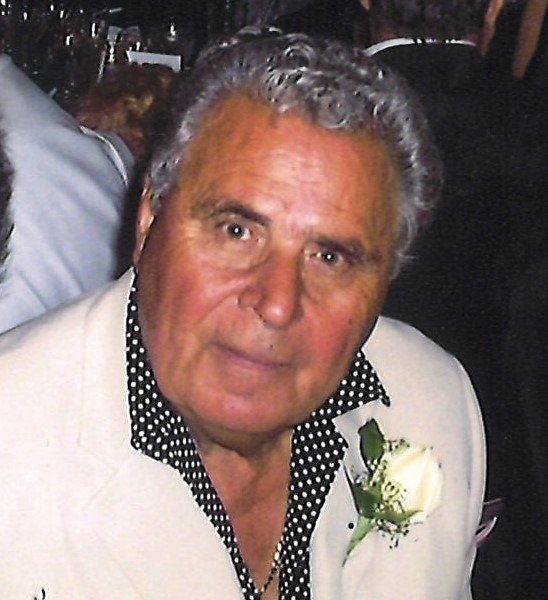 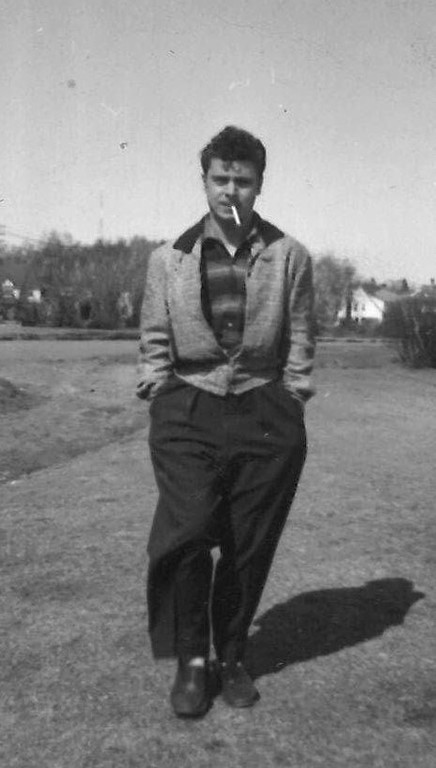 We encourage you to share any memorable photos or stories about Vincenzo. All tributes placed on and purchased through this memorial website will remain on in perpetuity for generations.

Sheila Brescia, Gloria Baratta, Cynthia, Donna Marie and Joseph Jr, and other have planted trees to honor the life of Vincenzo "Jimmy" LaChimea.
Plant a Tree in Memory of Vincenzo
Planted in the area of greatest need
HS

With loving memories of "Vincenzo LaChimea", Blessed to have spoken with you over the years. Always in our hearts Domenic Lachimea & Family

Let this be a beautiful reminder of a kind man. He made a lot of people laugh and feel at ease. That was a gift. He would always make me feel welcome.

Tony and family,
I am so sorry for your tremendous loss. I pray that time will lesson the pain that you are feeling now.

Rose and family,
I was saddened to see the loss of your dad. Thinking & prayers for you during these difficult times. May the beautiful memories you have comfort you.
Comment | Share Posted May 31, 2021 at 04:14pm via Condolence