To share your memory on the wall of William \"Billy\" Glenn, sign in using one of the following options:

It is with the heaviest of hearts that we announce the passing of William “Billy” Robert Stanley Glenn on Sunday, May 16, 2021 in St. Joseph’s Hospital.

Bill's greatest pride was his family. We always came first. Nothing made him happier than spending all of his time with his wife, children, son-in-law and the light of his eyes, his two special grandchildren.

Bill was most proud of his presidency at P.A.C.C. (1993-1995). His favourite curling bonspiel was the Abitibi Bonspiel, which he won the “A” event five times and enjoyed the Sault Ste. Marie gang that called him “Chief”.

Obonga Lake was Bill's prideful camp which he enjoyed many fishing trips with family and his two best friends Brian Larson and Terry Davis. He always enjoyed his happy hour drinking O.V.’s with his buddies Gary, Kim and Carol Barry. Bill and Anna also enjoyed many destination vacations with their very special travel buddies.

Bill's many years of work were enjoyed and many friendships gained at Abitibi Mill (Thunder Bay Division), Mission Mill and his very special retirement job at D.F.C. High School.

Bill is lovingly survived by the love of his life for 47 years Anna, son Johnny, daughter Christie (Brad) Brennan, grandson Braden and granddaughter Callie, sister Marilyn and brothers Doug and David. Also survived by many sisters-in-law, brothers-in-law, nieces and nephews and many lifelong friends.

We would like to take this time to thank Dr. Valente, Dr. McLean, Dr. Simpson and Dr. Ward. Thank you to Bill's very special home care nurse Georgette for all of your care and compassion. Thank you to Northern Respiratory, Medi Gas, 1A Nurses Erin and Kathleen, Hospice Nurses Nadia, Victoria and Lily for all the comfort and care for Bill.

Due to current restrictions, a celebration of Bill's life will be held at a later date. In lieu of flowers, donations to the Heart and Stroke foundation and the Northern Cancer Society would be appreciated. Online condolences may be made at www.sargentandson.com.
Read Less

Receive notifications about information and event scheduling for William "Billy"

There are no events scheduled. You can still show your support by sending flowers directly to the family, or planting a memorial tree in memory of William "Billy" Robert Stanley Glenn.
Plant a Tree

We encourage you to share your most beloved memories of William "Billy" here, so that the family and other loved ones can always see it. You can upload cherished photographs, or share your favorite stories, and can even comment on those shared by others.

Posted May 28, 2021 at 03:11pm
Anna & Family,
We are thinking of you at this difficult time. May all your special memories bring you comfort in the days ahead.
Pat & Bruce Melville
Comment Share
Share via:
RS

Posted May 26, 2021 at 02:18pm
Anna and family,
We were shocked to hear of Billy passing. our deepest condolences to you and your family
Rita and Brian Smith
Comment Share
Share via:
CG

Posted May 24, 2021 at 11:47am
Anna, Johnny, and Christy, Our deepest sympathy to all of you on the loss of your Husband and Father, Bill . He was a great man and became a great friend along with all of you over the years. A lot of memories were made with Bill that we will cherish forever. We will forever miss his smile and wit. He will be truly be missed. Our thoughts and prayers are with all of you, Chris, Kathy, Cassie, and Mackenzie Glodowski
Comment Share
Share via:
RD

Our deepest condolences Anna, Johnny, Kristie and Family. Billy and I started our jobs together at Abitibi in the early 70's. Over the years we curled together (He was way better than me), fished together and went on some 5 day trips to Sturgeon Lake along with other fellow Abitibi co-workers. We became friends for life and will be definitely missed by us. It was a very sad day when we learned of his passing but he will always be remembered for the good times we had.

Posted May 24, 2021 at 09:32am
Anna, Johnny & Christie. We are sending our heartfelt sympathy to you and your families. We have such fond memories of Bill during the Abitibi days with so much fun and laughter. These are such cherished memories. You are in our thoughts and prayers. 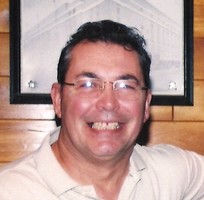 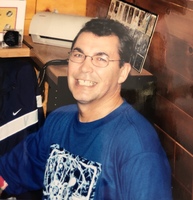 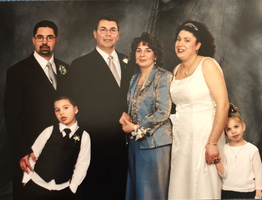