To share your memory on the wall of Alistair Masson, sign in using one of the following options:

Provide comfort for the family of Alistair Masson with a meaningful gesture of sympathy.

Alistair was born in Aberdeen, Scotland on October 17th, 1936. After attending high school, he then apprenticed to become a master plasterer. Leaving Scotland at the age of 20, he immigrated to Toronto to live with his Aunt and Uncle. He then settled in Fort William, where he met, his love, Mary and married in 1961. His daughters, Allyson and Janet soon joined the family. Together they created a wonderful home that was filled with love, laughter, great food and wine! There was nothing he would not do to make his girls happy. From there, he travelled to many towns in Southern Ontario honing his trade, from being part of the plastering team who worked on the Welland Canal, then moving on to various buildings in the historic Upper Canada Village. Alistair was creative and witty beyond measure, a true wordsmith. He had an immediate comeback for any turn of phrase, always making you think it through because he was always steps ahead in his ingenious mind. He loved music, especially Jazz, Big Bands and the standard classics. Within the first few notes, he could tell you the name of the song, who was playing the instruments and the year it was produced. Not only that, but he could recall facts, dates and places for any historical event, past and present. Gifts that most of us dream of having! All that and an excellent dancer too!

While working for the Board of Education in the Maintenance Department, he was approached to teach Masonary Trades at Northwood High School, thus beginning his 25 year-long teaching career. In order to fulfill his obligations, he attended Queen’s University during the summer months to acquire his trade teacher’s certificate. “Mr. Masson” was respected by his students and he was so happy when they remembered him after many years out of the school setting. Throughout the city, former students continue to work in the trades that he helped to foster. The friendships he developed during this time with his fellow colleagues, have endured time and were treasured.

Over the years, he was a past member of the Slovak Legion and presently, The Army and Navy. Alistair enjoyed socializing with his friends, discussing the latest political issues or spending time catching up with longtime friends.

From a young age, Alistair excelled in the sport of soccer. Playing the sport he loved, he was honoured with numerous awards, medals and trophies. While in Scotland, he was proud of playing winger on a semi-professional team. This love of the game and his skill allowed him to play with various local soccer teams including the “Old Timers” league. He formed great friendships, many who still continue to be in his life on and off the field. Watching his favourite Scottish Premier soccer teams on TV always brought him happiness. He could recall every shot made, who made it and even the final scores!

Left to mourn his loss are his devoted wife of 58 years, Mary (Campagnano) and loving daughters and sons-in-laws, Allyson and Jeff Haggerty and Janet and Gary White (presently here from Toronto).
He will be greatly missed by his sister-in-law Carmel Kowalchuk, his “Three Sons” and their families Jim and Nikki Kowalchuk (Taylor, Tom, Robyn and Ryan), John and Diane Kowalchuk (Lindsay, Kyle, Scarlett, Lennox, Jamie and Lee), Rob Kowalchuk and Sam, as well as, the Faggiani, Pellizzari, Aiken, Mastranagelo Families and numerous extended family members.

He was predeceased by his parents, James and Jessica Masson, his mother and father-in-law Antoinette and Biagio Campagnano and brother-in-law Eugene Kowalchuk.

A Celebration of Life will be held on Saturday, January 4th, 2020 at The Columbus Centre (May Street) from 11:30 pm with Words of Remembrance at 12:00 pm.
In lieu of flowers, the family graciously asks that you consider a donation to the Northern Cancer Fund, St. Joseph’s Care Group Hospice Unit, St. Peter’s Church Renovation Fund or charity of your choice. Cremation has taken place and a private burial will follow at a later date. Arrangements entrusted to the Sargent & Son Funeral Chapel, 21 N. Court Street. On-line condolences may be made at www.sargentandson.com.

He will remain in our hearts forever and will be loved always.
Read Less

We encourage you to share your most beloved memories of Alistair here, so that the family and other loved ones can always see it. You can upload cherished photographs, or share your favorite stories, and can even comment on those shared by others.

Posted Jan 04, 2020 at 02:08pm
My deepest sympathies to The family ..My thoughts and prayers are with you all . Cherish the memories of many good times .
Comment Share
Share via:
MO

Posted Jan 04, 2020 at 11:23am
We met Al for the first time a couple of years ago. He and his friend Ron had embarked on a lengthy drive through appalling weather to stay with Janet. Al was incredibly interesting and witty with a ferocious energy that kept us laughing all evening. He was larger than life and it was a privilege to enjoy his company. A life well lived Al. Michelle & Mike O'Neill
Comment Share
Share via:
AE

Posted Jan 03, 2020 at 09:38pm
Condolences on your loss of Alistair. Our thoughts and prayers are with you at this difficult time. We shall always remember him for his friendship, lively spirit and kindness to all who had the good fortune to have him as a friend. Alfie, Wilma, Janice and Andrew.
Comment Share
Share via:
DF

Posted Jan 02, 2020 at 09:29pm
Allyson and families: We are so sorry to hear of the passing of your father Alistair. We understand how difficult a time like this is, and we hope that you find strength and comfort with the support of loving family and friends. Love Danny, Lori & Joseph Foresta.
Comment Share
Share via:
B

Posted Jan 02, 2020 at 01:06pm
Heartfelt sorry for your loss...our hearts and prayers are with you all ....Alistair was a very special man ..may he be at peace and the family also
Comment Share
Share via: 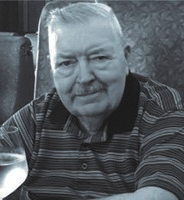 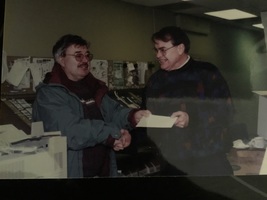