To share your memory on the wall of Eiler Pederson, sign in using one of the following options:

Provide comfort for the family by sending flowers or planting a tree in memory of Eiler Pederson.

Provide comfort for the family of Eiler Pederson with a meaningful gesture of sympathy.

Eiler B Pederson passed away peacefully Tuesday June 23, 2020, at the age of 90 at St. Joseph’s hospital in Thunder Bay. He was born May 6, 1930 at Sundøy, Leirfjord in the northern Norway. He was the son of Paula ... Read More
Eiler B. Pederson

Eiler B Pederson passed away peacefully Tuesday June 23, 2020, at the age of 90 at St. Joseph’s hospital in Thunder Bay. He was born May 6, 1930 at Sundøy, Leirfjord in the northern Norway. He was the son of Paula Brattli and Edvin Pedersen. He grew up on a farm with with his mother Paula and his stepfather Aksel Brattli. At the age of nine he got a sister,, Elin and a few years later two little brothers, Oddbjorn and Karsten. His grandfather Elias and his cousins lived in the same house and on the neighbor farms close by, he had relatives and friends living. Eiler attended school at Sundøy and studied more when he came to Canada. Before he left Norway he was winter fishing up north in Lofoten.
In november 1949 at the age of 19, Eiler emigrated to Canada. He had met his father Edvin when he was visiting Norway with his family in 1947 and then he started thinking about seeking new adventures. In Port Arthur he lived with his father Edvin,his stepmother Mabel and his sisters & brothers Eleanor, Shirley, Raymond, Edward & Gordon.

In 1950 he met the love of his life Margaret Anderson and their magnificent journey began including 64 wonderful years of marriage before Margaret passed away in 2016. Eiler and Margaret loved to travel and see new places, but their most cherished memories of travelling came from their many trips to Norway to visit the norwegian family. Their first trip together was the wedding trip in 1952 and after that they went back as often as they could. He loved fishing, hiking in the mountains and visiting family and friends on his journeys to Norway. Eilers last trip visiting Norway was in 2017. The family in Norway always looked forward getting visits from Eiler & Margaret and everybody has many great memories of a kind and loving brother & uncle. We remember him telling a lot of stories, both true and false, and he wrote long letters telling the family about his life. He was talking and writing norwegian with his norwegian family his whole life, even after 71 years in Canada!

Eiler has always loved doing gardening, at the time they had their house he had a lovely garden with lots of flowers and vegetables. After they sold their house he had a garden at his sister in law, Liz’s place and he did the flowers outside the condo in Hodder Avenue for a few years. At the holidays in Norway he always did gardening at the farm.
Eiler & Margaret had a close relationship to Margaret's family, especially her sister Elisabet (Liz) and her two sons Allan & Rick. In 1967 Eilers sister Elin and her son Erlend came living with them for one year. And later they have had many visits from the norwegian family. Eilers nephew Roar came on his first visit in 1994 and has been back several times after that.
Eiler worked at Abitibi Price Paper Mill for 39 years & 6 months and retired in 1990.

Eiler is predeceased by his wife Margaret, his parents, brother Raymond Pedersen and nephews Erlend Brattli and Alan Guerard.

Should friends desire, memorial donations to the Canadian Diabetes Association would be appreciated. Arrangements entrusted to the Sargent & Son Funeral Chapel, 21 N. Court Street. On-line condolences may be made at www.sargentandson.com.

Receive notifications about information and event scheduling for Eiler 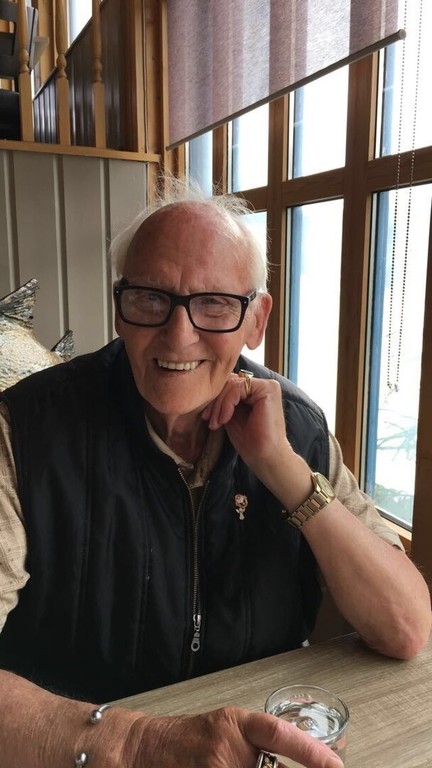 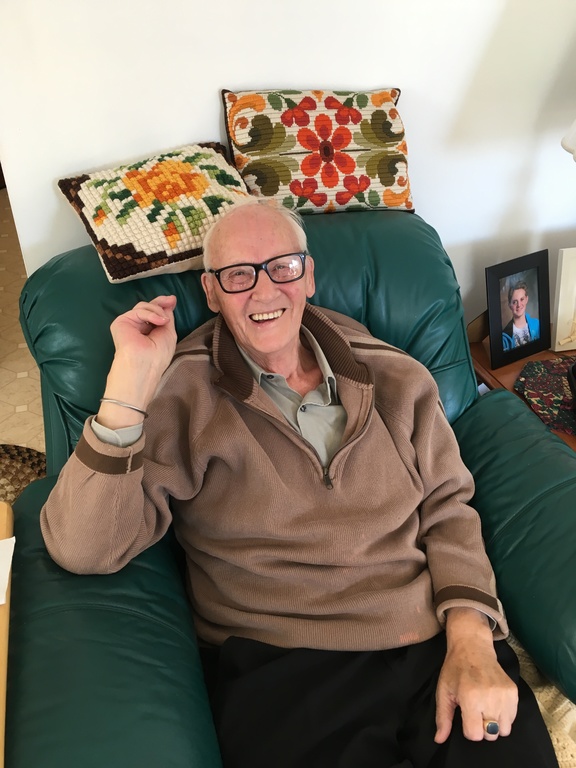 We encourage you to share any memorable photos or stories about Eiler. All tributes placed on and purchased through this memorial website will remain on in perpetuity for generations.

Honor the life of Eiler Berger Pederson by planting a memorial tree.
Plant a Tree in Memory of Eiler
Planted in the area of greatest need
EF

Ed and Joyce Anderson and Family

As we sadly say farewell to Eiler it is with such good memories of lake trout fishing at Pringle Lake, and also fishing on Lake Superior at Silver Harbour with Eiler. We also cherish memories of Christmas dinners and Christmas Eve get togethers at Margaret and Eilers, always wonderful meals and cherished memories. Our family will miss Eiler and Margaret.
Comment | Share Posted Jul 06, 2020 at 09:10am via Condolence
RB

Roar that was a beautiful journey you wrote about Eiler. He and Margret had a good and satisfying life together. They were fortunate to make many trips to his beloved Norway over the years and he had many stories to tell whether they were somewhat on the fantasy side at times, but they were what he believed.
Please say hello to Elin and Arne and give our condolences.
Shirley and Gerald LaForme.
Comment | Share Posted Jul 06, 2020 at 07:03am via Condolence
RB

Farewell, "Uncle" Eiler. I hope you and Aunt Margaret are having a great time up there and you are winning a huge jackpot at the great casino in the sky! I will always remember great times with you at Christmas, having smørbrød, especially the little heart-shaped pancakes and pickled herring! All washed down with aquavit, of course. With love, Mark Anderson
Comment | Share Posted Jul 01, 2020 at 09:55pm via Condolence
RB