To share your memory on the wall of Ettore Izzo, sign in using one of the following options:

Provide comfort for the family by sending flowers or planting a tree in memory of Ettore Izzo.

Provide comfort for the family of Ettore Izzo with a meaningful gesture of sympathy.

It is with immeasurable sadness we announce the passing of a truly remarkable man Ettore Izzo, loving husband, father and Nonno, on January 16th, 2021. Ettore was born on June 2... Read More
Ettore Izzo

It is with immeasurable sadness we announce the passing of a truly remarkable man Ettore Izzo, loving husband, father and Nonno, on January 16th, 2021. Ettore was born on June 28th, 1929, in Grimaldi, Cosenza, Italy, where he lived until his late 20’s. As a young man, Ettore developed a passion for many things including a love for music. He was a talented musician who mastered a number of instruments, most notably the saxophone and clarinet. It was in Grimaldi where he began performing regularly at various community events and private functions.

In 1957 Ettore married his true love Teresa and together they owned and managed a small cantina and fruit stand in their hometown. In September of 1958 Ettore and Teresa welcomed a son, Antonio into their lives. Together the young family set out to establish a new life in Canada and settled in Port Arthur, Ontario in the spring of 1959. Soon after they welcomed their daughter Mara.

In order to support his young family, Ettore began the first of many jobs. From bartender to musician, carpenter to master mason, there wasn’t anything he couldn’t do. He worked throughout Thunder Bay and Northwestern Ontario on several construction sites. He was a true perfectionist and proud knowing the job was always well done. The family home he designed with his son and built is a testament to his perfectionism.

Ettore was delighted to share his passions with his family, especially with his only grandson Nathanial, who was his pride and joy.

In retirement he took pleasure in spending time in his greenhouse and gardens with Teresa. Several family gatherings revolved around meals prepared with ingredients grown from their garden.

A true supporter of his favourite teams, Ettore enjoyed attending and watching soccer, hockey and baseball games. He followed several schedules for his preferred matches and often planned his days and weekends around these events. He was also an excellent card player and repeated Briscola Champion.

Ettore was a faithful member of St. Anthony’s Parish participating in the Italian choir and enjoyed several afternoons playing cards and socializing with friends at the St. Anthony’s Senior’s Club. He was a proud member of the Italian Cultural Centre and spent several years volunteering at numerous spaghetti dinners and the Annual Festa Italiana.

Ettore upheld Italian customs and traditions. He always valued his extended family and enjoyed spending time with them. He remained connected to his home country by regularly travelling back to Italy to visit family and friends. He appreciated the company of friends and neighbours who became like family. Impeccably dressed, he was regularly seen sporting a suit. He was a gentle, kind, respectable and generous person, who was always happy and willing to lend a hand.

Ettore was predeceased by his father Antonio, mother Angela, brothers Attilio, Pietro, and Isidoro and brothers-in-law Fortunato and Ettore Milinazzo. He is survived by his loving wife of 64 years Teresa, his son Antonio, daughter Mara and grandson Nathanial. He is also survived by his sister Aurora and numerous nieces and nephews.

A private service will be held on Monday January 25th at 11:00 a.m. at Sargent and Sons Funeral Home. A funeral mass will be held in his honour once restrictions are lifted at St Anthony’s Church.

The family would like to express sincere gratitude and appreciation for the exceptional level of care provided by the management and clinical teams on 1A at the TBRHSC as well as Dr. J. DelPaggio, Dr. N. Wilberforce, Dr. L. Dawson and Dr. R. Beecroft.

In lieu of flowers, donations to the Northern Cancer Fund would be appreciated.

Receive notifications about information and event scheduling for Ettore 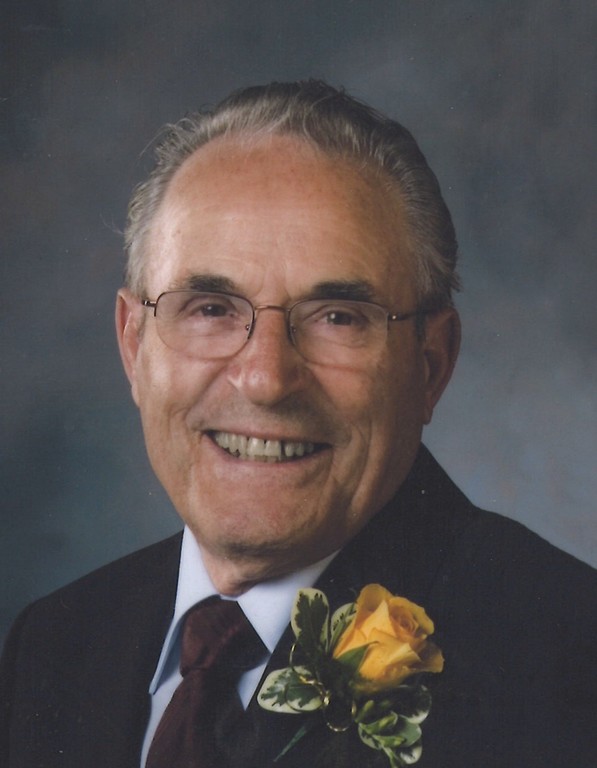 We encourage you to share any memorable photos or stories about Ettore. All tributes placed on and purchased through this memorial website will remain on in perpetuity for generations.

Heartfelt Sympathies and Anna Firs have planted a memorial tree for Ettore Izzo.
Plant a Tree in Memory of Ettore
Planted in the area of greatest need
MZ

In loving memory of Ettore

Dear Mara and Family,
We would like to express our deepest condolences to you and your family for your loss. Please know that you are all in our thoughts and prayers.
Mary (Barca) and Nok Ratana-Rueangsri
Comment | Share Posted Feb 03, 2021 at 09:16am via Condolence
AM

Teresina, Mara, Antonio and Nathanial
We are saddened to hear of Ettore's passing. He was a kind gentle quiet and giving man. Although I have known him since childhood, I had the pleasure of sitting on the Grimaldesi committee with him and had many conversations with him. He was a gracious host and a friend to many. Thinking of your family during this difficult time. Our sincere condolences to you all.
Anna Marrello-Tesolin and Family
Comment | Share Posted Feb 01, 2021 at 01:07am via Condolence
HS

planted a memorial tree for Ettore Izzo
Order Now | Show All
Comment | Share Posted Jan 26, 2021 at 10:36am via Memorial Tree
A

Deepest condolences to Mrs. Izzo and the family. He is always remembered by us as kids growing up around Nonno and Nanna and their special friends - Love Sandra (Polito) and Carlo Lombardo
Comment | Share Posted Jan 25, 2021 at 12:19pm via Condolence