To share your memory on the wall of James Stasiuk, sign in using one of the following options:

Provide comfort for the family by sending flowers or planting a tree in memory of James Stasiuk.

Provide comfort for the family of James Stasiuk with a meaningful gesture of sympathy.

After his retirement in 1996, Jim set about to explore the world, visiting 162 countries over a period of 19 years. Jim had many interests outside of work, camping with the children, golfing, skiing (cross country and downhill including many weekend trips to the Rockies), cycling, curling, hockey, his trailer in Grand Marais, MN and the love of this life were his Siberian huskies which he has for 32 years and dog sledding in the winter.
He was a member of Corpus Christi Parish, Third degree Knight and past Grand Knight of the Knights of Columbus, 9295 council.

Jim leaves behind Elizabeth, his wife of 49 years, daughter Katherine, son David (Kristine), grandchildren Fiona, Farrah, Grace and Graham. He was predeceased by his parents and his son Daniel in 2004.

A memorial service will be held at 10:30 a.m. on Friday, November 29, 2019 at Corpus Christi R.C. Church, 684 Red River Road with Rev. Victor DeGagne officiating. Visitation for family and friends will be held one hour prior to the service. In lieu of flowers, donations can be made to the TBRHSC “Our Hearts at Home” campaign or a charity of your choice. Online condolences may be made at www.sargentandson.com.

To send flowers to the family or plant a tree in memory of James Dimitri Stasiuk, please visit our Heartfelt Sympathies Store.
Read Less

Receive notifications about information and event scheduling for James 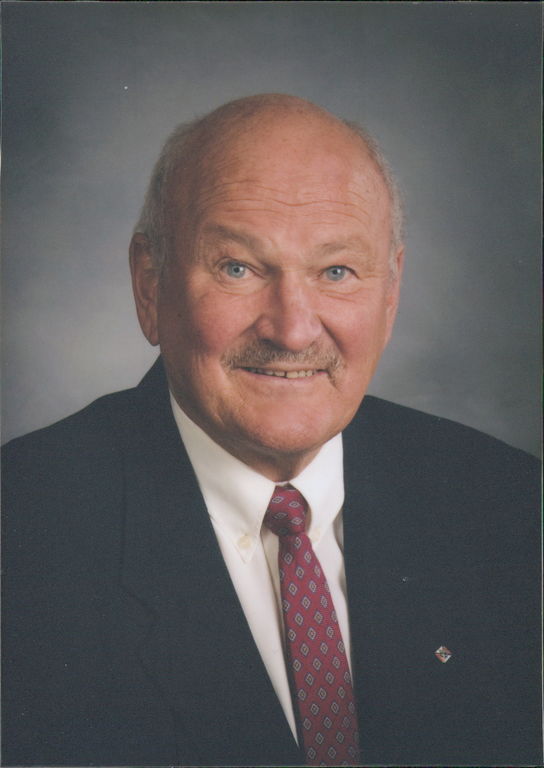 We encourage you to share any memorable photos or stories about James. All tributes placed on and purchased through this memorial website will remain on in perpetuity for generations.

Thinking of you, The Esterreicher Family

Flowers were purchased for the family of James Stasiuk.
Order Now | Show All
Comment | Share Posted Nov 27, 2019 at 04:43pm via Floral Arrangements
PC

I remember Jim during childhood street hockey games on Evans St. and living down the street from him. Later our paths would cross once again as members of the Knights of Columbus. Jim helped start our KoC Concession stand, which is still going strong today and is a huge factor to our council's continued success! Condolences to the entire Stasiuk family.

Jim & I have been friends since Grade School in LaSalle and we maintained a life-long friendship which I will forever remember. As kids, we played sports together, many of our games in or around his home--ball hockey in his basement, football in the fields behind his house, baseball, ice hockey and more recently golf trips with some of our LaSalle friends from our youth., Jim was competitive and always keen for any venture and fun to be with--they are special memories of a special friend and good person. Jim will be missed.
Sorry I cannot be with you at this time Elizabeth. My Condolences to you and your family.
RIP Jimmy
Dan Sydor
Burlington, Ontario
Comment | Share Posted Nov 26, 2019 at 02:12pm via Condolence
DP

The PPRS boys are going to miss you very much old friend. (Puccini, Propper, Rolfe, Stasiuk). We had many good times together studying for final exams in the Galbraith Bldg. And later in life at our many reunions around the world. RIP Jim!
Don Puccini
Comment | Share Posted Nov 26, 2019 at 01:38pm via Condolence