To share your memory on the wall of Nicole Pineau, sign in using one of the following options:


Nicole Marie (Niki) Pineau, aged 47 of Thunder Bay passed away peacefully on Thursday, November 7, 2019 at Thunder Bay Regional Hospital with family at her side. Born on March 25, 1972, Niki was raised in Thunder Bay by her parents Jim and Cathy Pineau. Niki attended St. Patrick High School where she graduated from the community living class in 1993. Throughout the years Niki participated in many activities and was especially fond of going bowling, attending friendship classes, watching movies, going for coffee or anything that involved being social. Niki was an active volunteer in our community serving many agencies and organizations.

Anyone who really knew Niki, soon developed a special bond or appreciation for her beautiful spirit. She had a special penchant for dates and showed her skill and caring attitude by calling people on their birthday or anniversary. If Niki met you once, you were a part of her thoughts for life. Niki had many physical challenges but always met them with a positive attitude and never complained. Those who loved Niki learned far more from her than we realized at the time. She was a blessing to us all.

Niki is survived by her father Jim and brother David, sister in law Kim, her niece Emma and nephews Alex and Jack. She is also survived by her uncles Stan (Diane) Pineau of Keene and Dan Pineau; her aunts Jeannine (George) Seagris, Maureen Scott, Mary Anne (Bill) Baker; her uncles Peter (Stella) Charleson of Montreal and Doug (Sharon) Charleson of Regina and many cousins and extended family. Niki was predeceased by her mother Cathy Pineau; grandparents Stan and Jessie Pineau; grandparents Len and Dode Charleson; uncles Bill Scott and Tony Pineau; and aunt Betty Tate-Pineau.

Jim and David want to thank the many important people in Niki's life who always looked after her and who developed special relationships with her. Her aunt Jeannine and uncle George, Debbie Paul and Janelle Veurink, Renate Evans, Linda Penner, Heidi Wedgerfield and all the agencies and many support workers throughout the years. A very special thank you to Dr. Watson and the renal department at the Thunder Bay Regional Hospital, Dr. Simpson and the staff at Hogarth Riverview Manor for their wonderful care.

Cremation has taken place and a Memorial Mass will be held at 10:30AM on Thursday, November 14, at Corpus Christi Church in Thunder Bay. Visitation will be held from 9:30 am until service time at the church. Following the service, a reception will be held in the church hall. A private interment will be held at a later date. Friends wishing to make donations may do so to the Thunder Bay Regional Hospital Renal Department, the 2020 Special Olympics Winter Games, or a charity of your choice. Arrangements entrusted to the Sargent & Son Funeral Chapel, 21 N. Court Street. On-line Condolences may be made at www.sargentandson.com
Read Less

We encourage you to share your most beloved memories of Nicole here, so that the family and other loved ones can always see it. You can upload cherished photographs, or share your favorite stories, and can even comment on those shared by others.

Posted Dec 26, 2019 at 03:37pm
well, I personally recall that the first time I saw her in 2015, that, she asked me about my birthday, okay. I gracefully told her and ever since that day, she has always have secretly call me every once in a while. talking about politics and whatever on our minds. one time, I remember she was counting cards at the casino and winning like a mother until she got "backed off" by the pit boss at that time. Her candor, will and preservace is legendary. I will always miss you girl. the future has spoken, now it's time to remember this amazing lady. sincerely. Joe
Comment Share
Share via:
L

Posted Nov 16, 2019 at 10:06am
Jim and David, I am so sorry to learn of Nicki’s passing. I was always amazed that she remembered dates and people so well. She had such a lovely spirit. My thoughts are with you both,

Posted Nov 16, 2019 at 08:08am
She was very kind and truly cared and showed concern for
others. Lucky to have met someone with such a kind heart. My thoughts and prayers go out to the family.
Comment Share
Share via:
CS

Posted Nov 14, 2019 at 08:56am
Niki was such a smiley person and I always enjoyed seeing her. I was planning to attend the funeral but unexpected events are preventing me from com8ng. My sympathies to you all. Christine Seaberg
Comment Share
Share via:
S 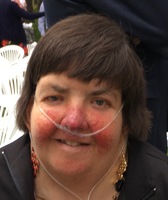 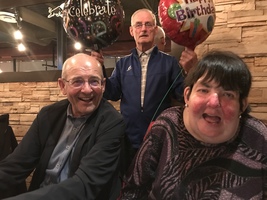 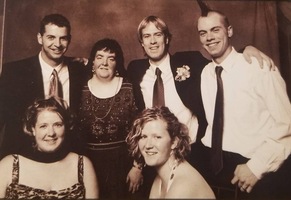