To share your memory on the wall of Pasquale Bossio, sign in using one of the following options:

Provide comfort for the family by sending flowers or planting a tree in memory of Pasquale Bossio.

Provide comfort for the family of Pasquale Bossio with a meaningful gesture of sympathy.

Pasquale was a humble man guided by a strong work ethic. As an immigrant, he worked many jobs in order to provide for his family eventually retiring from Saskatchewan Wheat Pool 7 in 1996. Pasquale strongly cherished the roots, language and culture of his homeland that he left behind and loved nothing more than sharing these traditions with his children and grandchildren. Each spring, Pasquale planted a magnificent backyard garden that he remembered from childhood and always enjoyed sharing his bountiful harvest with his family. He was well known for the massive, sweet tomatoes he grew annually in his greenhouse. No one ever went home empty handed, which always put a proud smile on his face. He also looked forward to making homemade wine and soppressata, preserving tomatoes and going mushroom picking with relatives. Events which would ultimately end up in arguments over who made the best wine or soppressata. He was a lifelong member of the Italian Cultural Centre and as a man of faith, a proud and active member of St. Anthony’s Parish.

Pasquale and Vanda were privileged to enjoy many years of travel together which included visiting their beloved homeland of Italy numerous times. They also enjoyed escaping the cold of winter and travelling to Mexico where they formed many new and lifelong friends. Pasquale was a gentle, quiet man whose love for his family was endless and knew no bounds. He made many sacrifices, without complaint, so that his family was always provided for. He was blessed with three beautiful grandchildren whom he cherished and adored and was fiercely proud of all of their accomplishments. They were his pride and joy. He also held a warm and loving place in his heart for Craig Veneruz and his family Jackie, Troy and Ronan. Being in the presence of his family and friends surrounded with food, laughter and companionship were his happiest moments.

The Funeral Mass for Pasquale will be held on Friday, November 8, 2019 at St. Anthony's R.C. Church beginning at 11:00 a.m and celebrated by Rev. Luigi Filippini and Msgr. P.M. Stilla, V.G. Visitation will be held prior to the Mass from 10:00 a.m. to 11:00 a.m. In lieu of flowers, donations can be made to Thunder Bay Regional Health Sciences Foundation-Northern Cancer Fund. Online condolences may be made at www.sargentandson.com.

Receive notifications about information and event scheduling for Pasquale 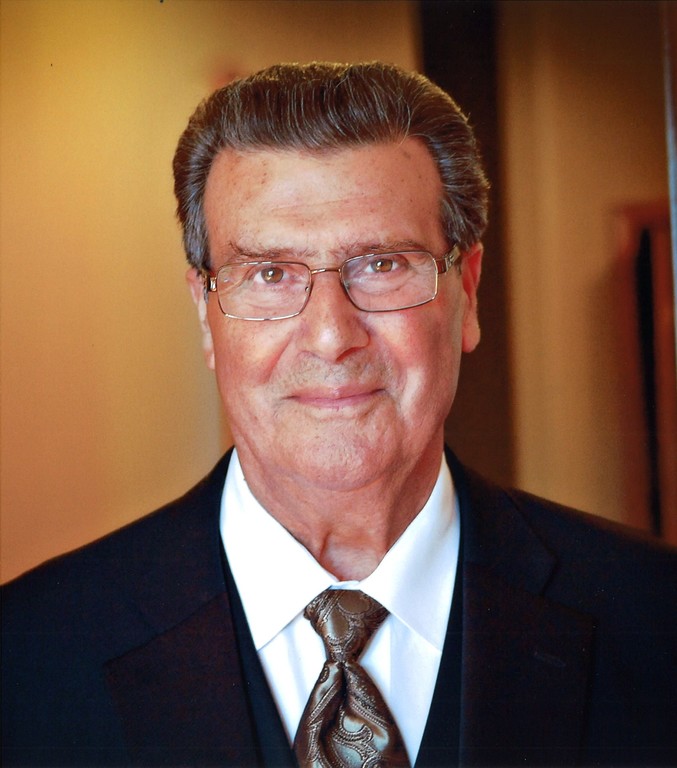 Donations are being accepted for: T.B.R.H.S. Foundation Northern Cancer Fund.

We encourage you to share any memorable photos or stories about Pasquale. All tributes placed on and purchased through this memorial website will remain on in perpetuity for generations.

Honor the life of Pasquale Bossio by planting a memorial tree.
Plant a Tree in Memory of Pasquale
Planted in the area of greatest need
HP

So sorry for your family’s loss, our deepest condolences. May happy memories help you through this most difficult time...we have fond memories of your dad/husband, he was a lovely man and it’s a great loss to this world to lose a kind and loving man.

Please accept our sincerest condolences during this very sad time. You are all in our thoughts and prayers 🙏🏼😔
Comment | Share Posted Nov 09, 2019 at 05:04pm via Condolence
GS

With deepest sympathies and prayers to your family. From Gustavo Settingiano and Family and Corrado Settingiano.
Comment | Share Posted Nov 07, 2019 at 11:33pm via Condolence
SP

Dear Comare Vanda, Louis, Rosa and Tony,
We would like to express our deepest condolences to you and your family during this difficult time. Compare Pasquale was a wonderful husband, father, brother and friend who was loved by all and will be greatly missed. We share many happy memories together and he will be cherished in our hearts forever.

My sincerest condolences. My thoughts and prayers are with you all.

Daniela Branco and Family purchased flowers and planted a memorial tree for the family of Pasquale Bossio.
Comment | Share Posted Nov 07, 2019 at 03:59pm via Floral Arrangements