To share your memory on the wall of Thomas Gronert, sign in using one of the following options:

Print
Tom passed away on May 19, 2021 after a short battle with cancer. He was born in Kirkland Lake to Frederick Marshall (Charlie) and Laura Gronert. At age 10, Tom’s family moved to Cardiff, Ontario.

Tom followed in his father’s foot... Read More
Tom passed away on May 19, 2021 after a short battle with cancer. He was born in Kirkland Lake to Frederick Marshall (Charlie) and Laura Gronert. At age 10, Tom’s family moved to Cardiff, Ontario.

Tom followed in his father’s footsteps and became a hard rock miner. He arrived in Manitouwadge in 1964 to work at Geco Mines, and it was there that he met his wife Evelyn (nee Basford).

After a long career working underground (which he loved), Tom transitioned to the Mine Safety Department. Following the closure of Geco, Tom worked as a Safety Consultant at mines across Canada, Scandinavia, and Asia. Tom and Evelyn moved to Thunder Bay in 2001 and Tom began working at Lac Des Iles mine.

Tom retired in 2009. He enjoyed his retirement, helping his dear late mother-in-law Sylvia and socializing with his life-long friend, the late Mike O’Shaughnessy. Tom was an active member at St. Stephen’s Anglican Church where he was always eager to help. During Tom’s illness, he looked forward to his weekly “senior calls” with his good friend Al Fugelsang. They shared many stories, and these calls were uplifting for Tom.

Tom is survived by his wife Evelyn, son Mark and daughter Rhonda, siblings Marshall (Anne) and Kathy Bath, sister and brother-in-law Brenda and Don Kerby, niece Lynn and nephews Bob (Cathy) and Ken (Lilly) Bednarek. Tom will be missed by his grandchildren Sage, Tanner and Mika.

As an expression of sympathy, memorial contributions may be sent to St. Stephen’s Anglican Church or a charity of your choice.

Cremation has taken place. A private family service will take place at Riverside Cemetery. Arrangements entrusted to Sargent & Sons Funeral Home. On-line condolences may be made at www.sargentandson.com.
Read Less

Receive notifications about information and event scheduling for Thomas

There are no events scheduled. You can still show your support by sending flowers directly to the family, or planting a memorial tree in memory of Thomas Claude Gronert.
Plant a Tree

We encourage you to share your most beloved memories of Thomas here, so that the family and other loved ones can always see it. You can upload cherished photographs, or share your favorite stories, and can even comment on those shared by others.

Posted May 30, 2021 at 03:56pm
Evelyn and the Gronert Family - so sorry to hear of this sad news - brings back GREAT memories of Chaput Hughes and Kirkland Lake - Tom was a Great guy - always interested in what was going on in others' life - was a great prankster - always happy - take care - stay safe.
Comment Share
Share via:
TL

Condolences also to Marshall and Kathy from Jean-Guy, Fern and Hedy Fournier formerly from Chaput Hughes through their niece Therese Lafrance. Many great memories.
DK

Posted May 22, 2021 at 06:23pm
Dear Evelyn, Mark, Rhonda and Family
Our sincere condolences on the loss of a great Husband and Dad. We know he has had a lot of rough days and illness through Don and Brenda. We hope you can find comfort in knowing your dearly loved one is at peace and all the wonderful memories you share.
In Prayer, Ross and Dorothy Kerby

Posted May 22, 2021 at 04:41pm
Sincere condolences to Evelyn, Mark, Rhonda and her family. We have great memories of Tom’s Manitouwadge days . Our thoughts and prayers are with the family. ❤️🙏
Reg and Carol
Comment Share
Share via:
KB

Posted May 22, 2021 at 11:41am
Evelyn and Family, we are so sorry to hear of Tom's passing. May your memories help you through this difficult time. Love Lola and Randy Allen.
Comment Share
Share via: 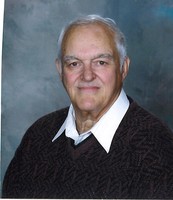 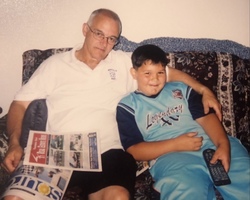 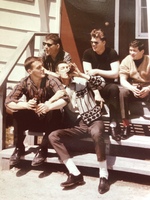